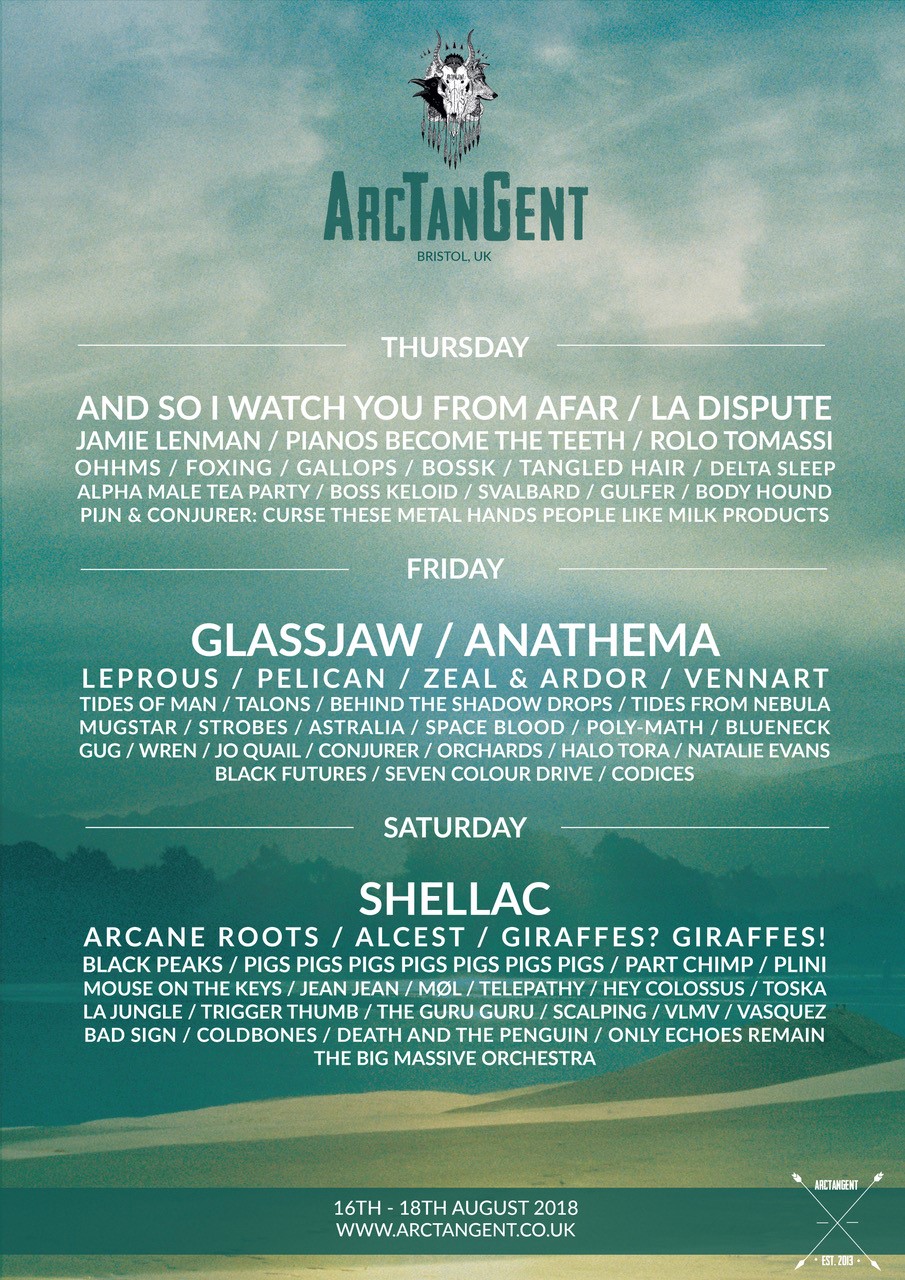 ArcTanGent Announce Their First Wave of Bands for 2020

By Rodney FuchsNovember 7, 2019 No Comments

You may already know about ArcTanGent festival. If not, here’s your chance to familiarize yourself with the Bristol-based three-day spectacle, which is going to take place again next summer. They just announced their first bunch of bands. The festival itself stands for a very steadily well-balanced line-up between progressive music, post-rock/metal, and experimental rock. 2019 headliners were bands like Meshuggah, Cult Of Luna, Battles, Coheed And Cambria, Russian Circles, Zeal & Ardor, and Carpenter Brut. Beside that, a lot of upcoming artists made 2019’s line-up one of the strongest billings of the year.

A first announcement consisting of as many as 28 bands is something special; not only did we already get the first headliner, but also a generous helping of great artists that’s as diverse as in the past years of the festival. With a new album released, Opeth will be one of the festival’s 2020 headliners, followed by UK-prog sensation TesseracT, US post-rock masters This Will Destroy You, and Belgian five-piece Amenra, who are probably one of the most intense post-metal live bands in existence.

Prestigious acts like Ihsahn, Perturbator, Giraffes? Giraffes!, and Rolo Tomassi were revealed to play the festival next year as well. A particularly special experience will be Rolo Tomassi playing two separate live sets, performing their albums Grievances and Time Will Die And Love Will Bury It in full! Mathcore outfit Frontierer will be back after 2019, alongside darksynth project Gost, Earthtone 9, Quail vs. Kenny, Raketkanon, Scalping, and Ohhms.

There’s some math-rock with Alpha Male Tea Party and Vasa, as well as the acclaimed Conjurer–Pijn post-metal colaboration Curse These Metal Hands. Rising stars like Svalbard and Stake (formerly known as Steak Number Eight), Boss Keloid and Briqueville are making the festival’s mid-card very interesting as well. Additionally, there will be Body Hound, Lou, Fes, Tank Engine, The K., and Mountain Caller making an appearance in 2019’s edition of ArcTanGent.

See the festival’s current line-up in full on the first official poster below:

As you can seem there’s gonna be a lot of different artists from very different genres present. ArcTanGent always manages to deliver extremely interesting line-ups, and probably convinced most of the festival-goers to attend once more already with this very first and extensive announcement. Or doesn’t it convince you?!

The festival will be happening in Bristol from August 20-22, 2020. Make sure to get your tickets, and visit their website for further information!