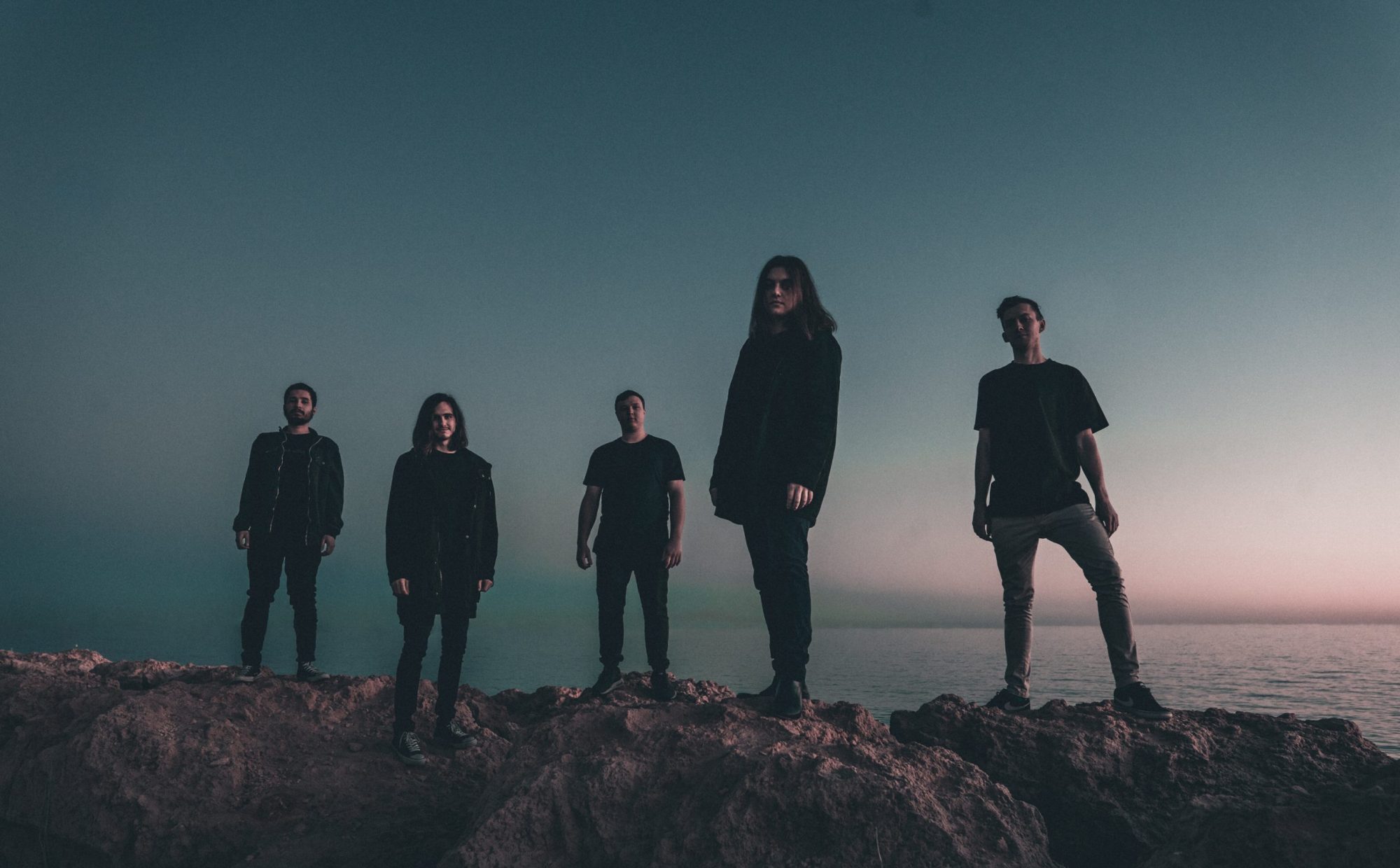 If you’re relatively up-to-date in the world of atmospheric black metal and blackgaze, then you’re likely aware that the genre is highly saturated with Deafheaven clones and bands that all sound relatively like one another. Nowadays, the genre feels quite uninteresting and is in desperate need of some revitalization, and that is where Illyria come into the picture. Hailing from Perth, Australia, Illyria are one special band that take this somewhat stale genre to new heights. Note that the genre feeling stale isn’t necessarily a bad thing. These bands are all releasing quality music, but I just want something more and Illyria provide that in multitudes; that is why they are our Weekly Featured Artist.

Illyria are a band with so much potential yet who already have the capability to write a wide variety of stellar tracks, as is heard on both their self-titled record and especially on The Carpathian Summit, their latest release. On their most recent album, Illyria masterfully blend progressive metal, atmospheric black metal, acoustic, and metalcore/post-hardcore into one neatly wrapped package. Each track on this record hugely varies from every other track and ultimately creates a joyful and invigorating musical experience throughout its bulky runtime. Despite being a relatively long record that lasts for over an hour, the variety in musical ideas and song structures heard throughout is incredibly varied and fresh, and makes this record fly by.

Illyria was birthed with their self-titled effort, which was written by the mastermind behind this group, Ilija Stajić, when he was in high school. This is a much rawer-sounding record compared to later works, but it is still incredibly mature considering the young age at the time this record was conceived and released. This album in particular is a post-black metal record with a lyrical focus based around fictional novels and influential video games. To follow up this debut record, The Carpathian Summit proved to be one that was much more profound given the musical, emotional, and overall personal maturation that occurred over time. The sheer emotional heft heard throughout the different tracks is undeniable and is why I am so drawn to this band and record in particular. Ilija reflects below on his recent record:

‘That album is significantly closer to me because it is my first effort at trying to be personal and also being inspired by the non-fiction side of literature. I personally delved into my ancestry and heritage whilst also rekindling my practice of the Orthodox faith. The main theme of The Carpathian Summit is to reject the modern world and to not give into earthly passions. I read a lot about monasticism and asceticism in Eastern Orthodoxy. Oxymoronic in a way, because I play in a metal band and have a job/family to take care of, but my art is there to express what I believe – I love it.’

Briefly setting the lyrical themes aside, the music on The Carpathian Summit alone takes you through the full spectrum of human emotion. It is the musical interpretation of walking through the most serene of forests, as is portrayed on the stunning album art. At one moment, you’re treading joyfully and playing with baby cubs, and before you even know it, you’re suddenly fighting for your life against momma bear as Leonardo DiCaprio did on The Revenant; that masterful performance was what finally won him his Oscar. The balance between the beautiful visual landscapes and the harsh reality of human destruction – as seen in The Revenant – is perfectly portrayed by The Carpathian Summit, but in musical form. There are so many moments of luscious and dreamy soundscapes that recreate those nature scenes so vividly. On the other hand, there are also plenty of emotionally raw and sorrowful passages that pierce a hole through your heart.

From the riff fest that is “Resurgence”, to the cosmic and dark acoustic vibes heard in “Autumn Fades Away” and “Echo Flower”, to the undeniably blissful epic that is the title track, each song has something special to offer that leaves me speechless. One of my favorite parts about this record is the three-song stretch of “Swansong”, “Kenopsia”, and “The Carpathian Summit”. If I don’t have time to listen through the whole album, I’ll just go through these three tracks as this song sequence is a brief taste of the best that the record has to offer.

Every time I listen to this record, I am always left questioning how Illyria could possibly follow it up. Illyria have set the bar undeniably high for their next release and they know it themselves. I cannot imagine how intimidating that feeling must be, to always try to outdo each release, especially when a record of this caliber exists in your own catalog. The Carpathian Summit is the type of record that most bands can only dream of writing themselves, and for Illyria it is only their sophomore release. In August of this year, Illyria released a new track – “Frostbite” – which is the first new material since TCS, and is also the first to feature their new guitarists, Andre Avila and Stephen Barrett. That track highlights more of the progressive metal side that this group has, and it leaves me feeling extra giddy to hear what Illyria have in store for us!

Speaking with Ilija, he had this to say regarding new music, how he and the group are tackling upcoming releases, and how stylistically different the new tunes will be with the addition of new guitarists, Andre and Stephen:

‘We are always constantly writing. I personally wrote an EP more on the alternative post-rock side to fill the gaps during 2019/2020 and little things here and there by myself for the next full-length – but I’m not going to lie; our last album really set the bar high for us. We yearn to push beyond that… What Steve and Andre have brought to the table has been so exhilarating that I pushed back that EP and full-length that I wrote to slot in ANOTHER full-length that we have written together as a whole over this crazy 2020 period. This year has been rough and I think the new material will reflect that. Our music is still about escaping the world but this time we are definitely going to be more direct in our approach. Don’t expect us to go near Carpathian for a while stylistically, I think there is a lot more raw and direct energy from the debut album on this next one.’

If it wasn’t clear enough, Illyria aren’t a group that aim to just expand upon each record trying to forcibly, objectively outdo what they have done before. They are a group that churn out music in a way that is purely organic, and reflective of where they are in the current world and their mental state. The music is a direct representation of where they are as people rather than being just another career milestone to achieve because it is expected of them. The music comes out naturally, and there is something truly special about that, especially being as incredibly high quality as their music already is.

Illyria are a band who should already be on your radar, especially with everything they have achieved thus far being a small DIY band in Perth. They’ve delivered an incredibly ethereal and emotionally overwhelming record in the best of ways just last year, and I could not be more excited to see in which direction they head onwards. Regardless of what they do next, you can rest assured that it will be something that is as genuine as can be. I cannot speak well enough about Illyria, and I hope that I was able to do justice as there is no combination of words that can properly encapsulate my feelings towards this band and record in particular.

Out of all the countless working bands out there, Illyria are one that truly deserves more recognition. Big things from this group are coming soon so I highly suggest you keep up to date on their Facebook and Bandcamp pages. You will also want to keep an eye out for Ilija’s side project, which should be releasing a full-length in the near future.