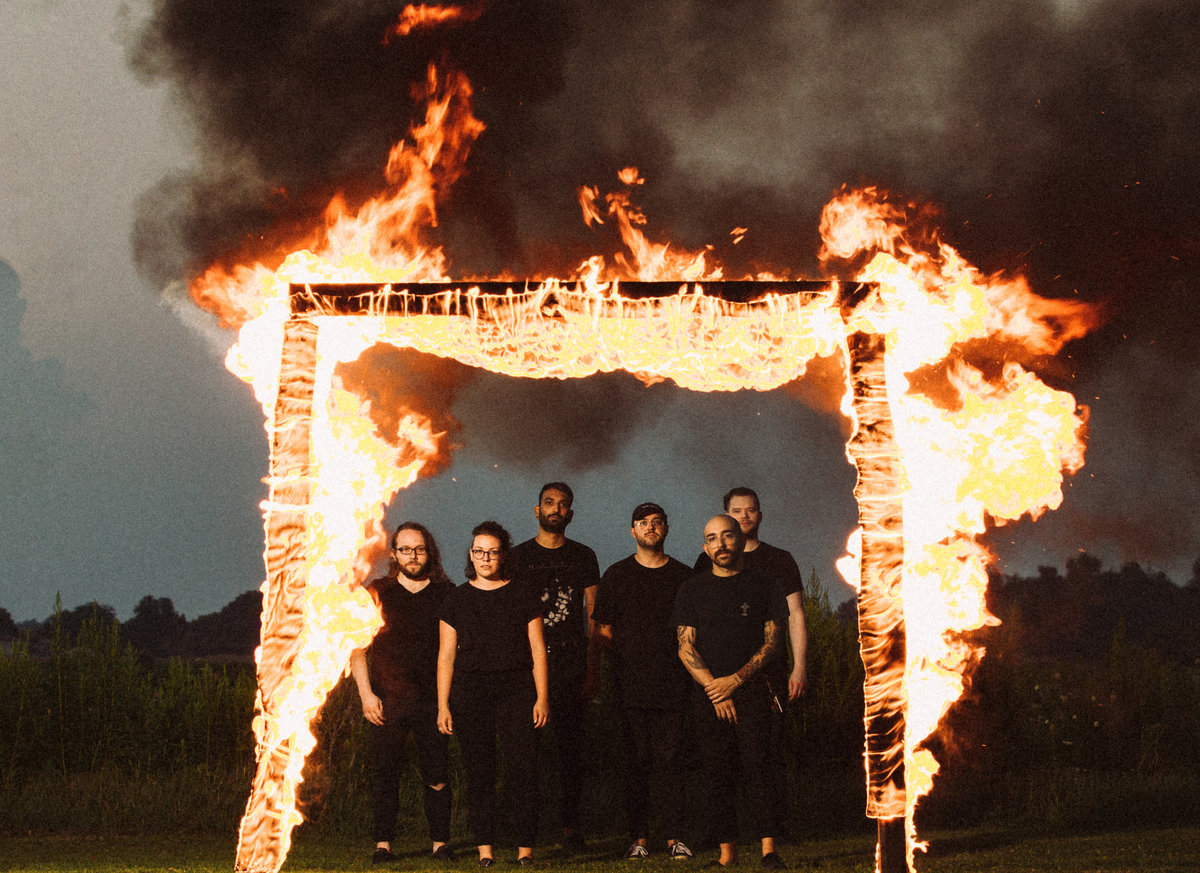 By Robert MiklosDecember 1, 2020 No Comments

Respire hit hard on Black Line. Everything sounds much more compelling and powerful than before. Hang on tight, it’s one hell of a ride.

Roughly two years ago I had the chance of reviewing the then-latest Respire record. It was an absolutely lovely orchestral rendition of their album Dénouement. Ever since then, the Canadian band has been on my radar. My excitement just went off the charts when I heard earlier this year that there was fresh music in the works. I went through a little bit of an emotional rollercoaster though, as Respire were on the lookout for a label to release said music. They signed to Holy Roar, then when the scandal with the label ensued shortly after, they broke off Holy Roar and eventually picked Church Road Records. Luckily for everyone, especially for the band, things went smoothly and we get to hear the album at the end of this highly trying year.

As I was getting acquainted with the band’s style and tunes, I felt like Dénouement had some parts that could’ve been developed much more. The potential of the band was clear, so I was quite eager to see this potential fully bloom. Enter Black Line. It’s everything I hoped for, both as a sequel to Dénouement and so much more than that. I tend to not like stylistic labels, or more accurately, the way they are applied, and even less so some of the ones invented by bands for their respective sound. Respire nailed it though. They branded themselves as an ‘orchestral post-everything collective‘, which makes perfect sense to me and it checks out in every way once you delve into the music.

Black Line adheres to a similar recipe to Dénouement, but it makes a lot of subtle changes that end up becoming a major shift. Make no mistake, this is one amazing recipe and I’m very happy we’re seeing it reprised. As “Blight” eases us into the album, we’re lulled with soft echoes from 2018’s Memorial (An Accompaniment), thinking that maybe that’s what we’re getting more of. Nope, none of that is going to happen. “Tempest” comes up next, pretty much assuring us of this and throws us head first into a whirlwind of sonic obliteration. The first quarter of “Tempest” is one of my favorite moments on the record and it is easily the hardest-hitting part. No one could’ve named the song any better though; that’s literally what that segment sounds like, a raging tempest. It also holds something of an epic edge across the violent and tragic delivery.

As we continue the journey throughout “Tempest”, we see the orchestral parts being highlighted much better and that’s simply awesome. This quality is of course retained across the record. “Cicatrice” aptly follows on the more metallic edge, giving us some great riffage. It also sends us down a thespian path, hearkening to something that feels all too real, painful, and wrenching. Near the end of the song, around the three-and-a-half-minute mark, I can’t tell what it is, but to me it feels like despair and sadness. That emotive cue hits hard and for some reason it is incredibly beautiful.

Next up, “Lost Virtue” starts out unusually laid back and mellow, leading slowly, in a veritable post-rock fashion, to an explosive climax. The symphonic flavor that rests at the top of this climatic burst does wonders for the moment and it also turns the dramatic quality of the music into something almost cinematic. “Kindling” almost mirrors the easygoing start of its predecessor, giving us the feeling that it will pair with “Lost Virtue” the same way “Cicatrice” and “Tempest” do. Well, not really: “Kindling” simply stands as a half-time interlude. It gives us some welcome diversity and acts pretty much like a breather if you ask me. Something necessary, because “Embers to End” really comes in hard.

“Embers to End” is, for me, the darkest of the songs present. It also ends on a massive note, with about as much aggression as the beginning of “Tempest”, probably heavier in certain aspects. There’s little softness of any kind through the course of this track. It’s almost entirely unrelenting and unabridged rage. I fucking love it. In utter contrast, this is followed by “Flicker and Faint”. The song reaches for a softer exposition and something of a more hopeful tone, in spite of the similar-sounding mix that beckons despair. “To Our Dead Friends” picks up on the ending of this and acts like a continuation, as if they’re just one bigger song that’s split. It has a much more energetic delivery, drawing on the same emotive cues as the previous part. “Catacombs Part II” also feels like it’s part of this longer song, and definitely feels like the final part of it, as it closes the record quite aptly without hesitation.

The soul of Black Line most definitely speaks of dark things, however, it is anything but dark. It is a scintillating blob of light that shines like a star in the night sky. It is a beacon for the forlorn. In this act, it is simply catharsis by the mean of sound waves. Respire prove that they have grown as a band, and that their craft is merely in the incipient stages of its growth. Black Line is easily album of the year material, and it will give all of you plenty to chew on and, of course, plenty to revel in.