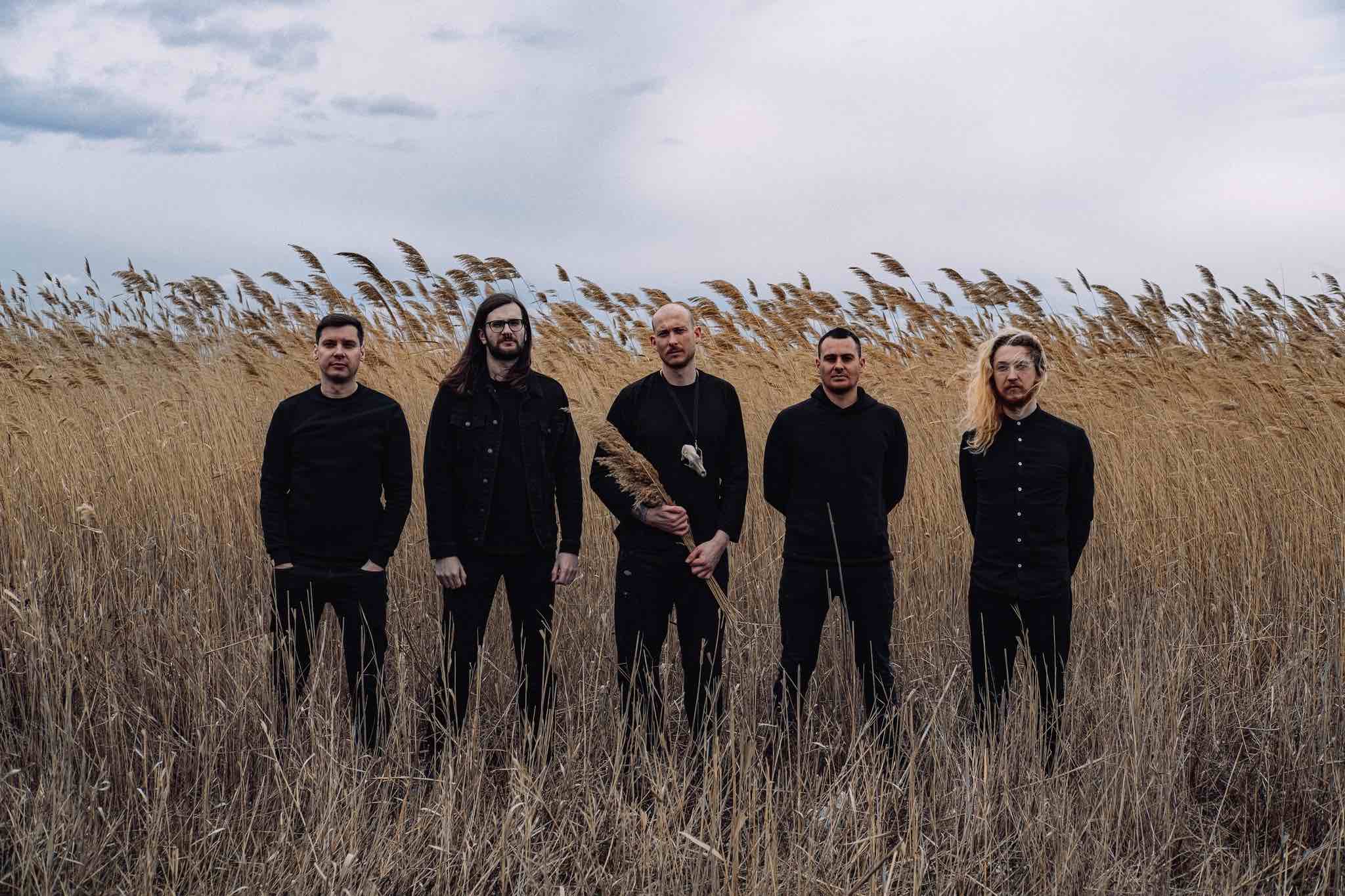 White Ward build another massive post-black metal world far divorced from the fantasy the genre is rife with, instead rooting itself defiantly in the center of reality and all its tribulations.

White Ward, like so many others, have been faced with cruelly difficult decisions and realities the last few months being in Ukraine while it is continuously and mercilessly sieged by Russia. Something as seemingly and comparatively trivial like whether to release an album or not becomes monumental and something I’m sure the quintet weighed heavily. Ultimately, it was a go.

They announced False Light on April 21 saying, among other things, ‘And despite everything that is happening now in our country and beyond [sic], we decided to share it with the world. We believe that music helps people in difficult times. We know how powerful its healing abilities are. That’s why we can wait no longer.‘ It’s admirable for sure, and a decision that will certainly go toward supporting the band and their families during an outrageously trying time (so buy the album if you like it, maybe a shirt while you’re at it).

I’ve liked White Ward ever since their first album, Futility Report. My favorite song by them ever is “Rain as Cure” off of that album, a neo-noir, rain-drenched night walk with a smoky soul. While nothing on this album, or their last one, really reaches that height (“Echoes in Eternity” comes damn close though), it’s by subverting that soft expectation of mine that I came to appreciate this album. Simply put: False Light is more angry and focused than before. Clearer are the production and staging, the writing more surgical and eclectic, filling a song’s spatial lungs which in turn give the album more life.

I’ve seen a lot of fans speak highly of first single “Leviathan” and… yeah, I can see why – it kicks immense ass. Immediately, you get the sense that, more than ever, White Ward are ready to adopt an unbreakable spirit with their music, fueled by their ability (and perhaps decision?) to level up their game with False Light. There’s a confidence you can feel reverberating into you and it makes everything before it pale harshly in comparison. Where Futility Report was understandably crude (yet effective) for a band’s first album, this third outing just sounds matured and learned years later. It serves them well, ensuring nothing’s lost in translation.

All at once, songs feel hurried, flush with ideas and movements to explore, yet you can’t shake a feeling of emptiness pervading it all. It’s more of a mood thing – for as many things that White Ward present you with, the tone is consistently drab and splintered. I get why the picturesque, old-timey home rests on the album’s cover, dilapidated and rendered a husk of its former self, because in the vast field of ideas the group reaps, it all returns to the decay of being – socially, physically, whatever – and feeling void of life or motivation thanks to society’s unfulfillment of base needs. False Light is not a wholly positive affair. In fact, it’s pensive and reflective, exposing, or at least articulating, ills aplenty of a supposed civilized life. Anything from mass consumption to police brutality is fair game, and rightfully so if you’ve paid attention to the planet in the last few decades, because the same issues that plague us can and do affect Ukraine and the world over.

“Cronus”, a song about a five-year-old boy dying as a result of a cop shooting him (a true story apparently, one highly believable by today’s standards), is unrelentingly heavy, fitting to its subject matter. There’s no real reprieve like you’re afforded in other songs on False Light, which thematically works well because if you were to know the little boy who died or even if you just witnessed it happen with no personal connection, I imagine your waking life would be endlessly tormented by the memory or deep pangs of loss. It’s almost as if that feeling was made manifest sonically with this track, a testament to the band’s grown execution.

My favorite, though, is probably “Phoenix”, a song determined to one-up itself with each passing moment, from the haunting synth intro to its volcanic climax with dual vocal lines and hammering instrumentation that pushes the limits of power White Ward have played with before. You can truly feel the teeth sharpened from years of honing their craft. It’s overused when describing metal music, but it imbues the sound with a raw brutality that tears at you as you listen.

White Ward also deftly succeeded in creating an abstract representation of human condition, replete with contorting agony and the desperate seeking of answers to alleviate, or at least explain, the pain. That’s where the title of this album comes in handy: False Light. When people are disenfranchised or disheartened, or things go badly and don’t seem to have an end in sight, it’s so easy to present them with a scapegoat, something to place the blame and violently divert the emotions to, or just distract or create the illusion of safety and salvation through tribalism. Because when you’re at your darkest place, any light will brighten the way, even one steeped in lies and undeliverable promises. That’s one of the worst intrinsic things about humanity, and we’re all guilty of it.

Still, I think False Light wishes to illuminate much more than it does anything else, for it is itself not false, it’s a lens of truth. The crippling brutality of our existence – causal and experiential – is personified in beating drums, searing guitars, and lethargic saxophone; but so too is the will to persevere and the flame of hope, represented by crying synths, breathing atmosphere, and the fortitudinous bellow of the vocals, however pained and fractured they are. White Ward triumph at wresting the spirit of persistence around us, concentrating it into a veritable demonstration of reality and, therefore, the very things we have to overcome as a species.