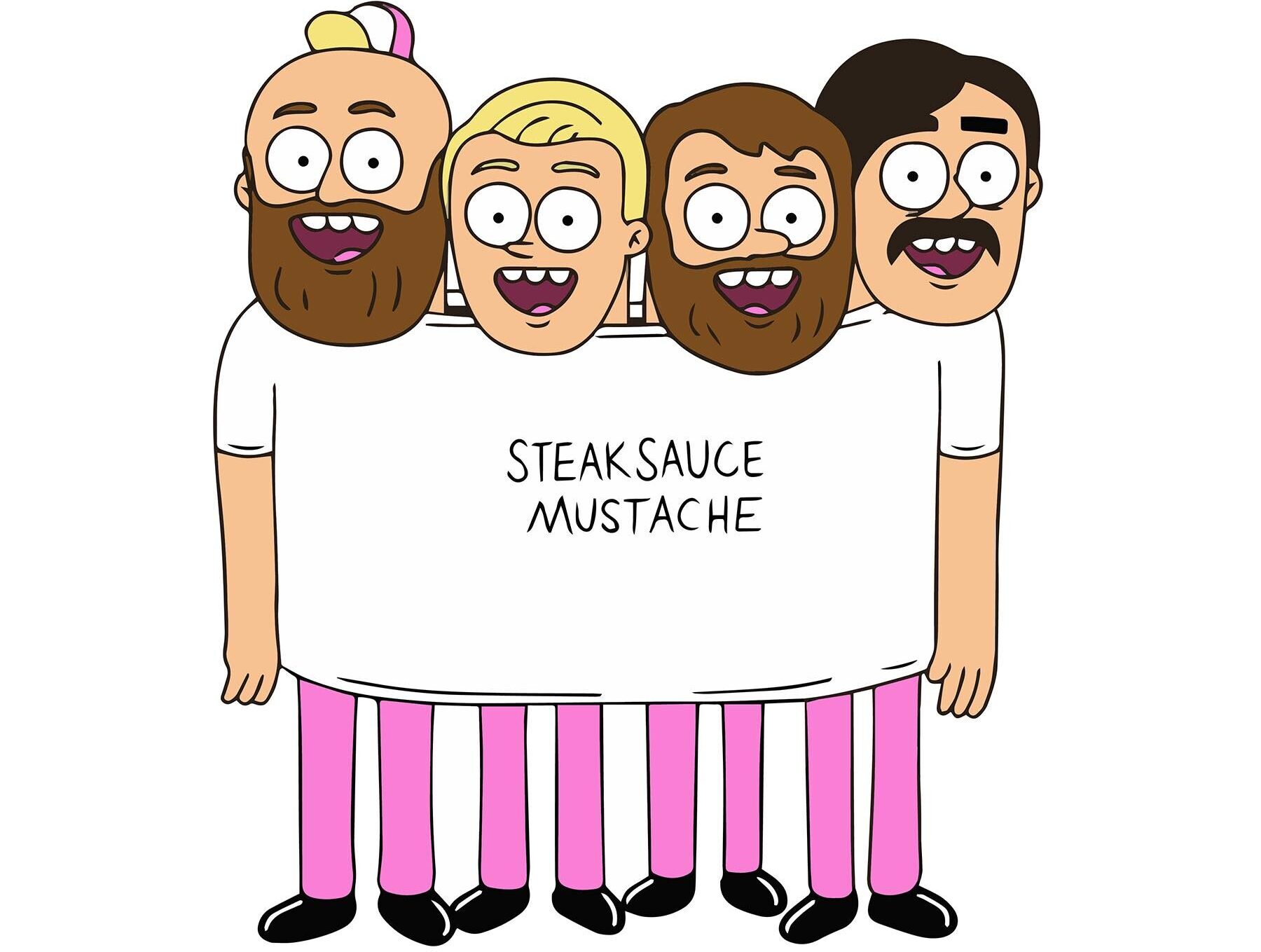 Steaksauce Mustache – “All Juice, No Noise”

Mathcore is really awesome, you know? I can think of very few corners in music that are this specific and broad at the same time. When I hear mathcore, I always have a clear idea of what I’m going to hear, and that expectation is always met with varying degrees of accuracy, but at the same time, it’s always demolished by whatever creative quirk the band’s identity calls into question through the course of the tunes. Case in point, Steaksauce Mustache are one of those more tongue-in-cheek, all-about-fun type of bands.

They do manage to set themselves up as a wild standout even in that particular niche of the mathcore genre. How? Well, if that verdict I wrote above is any indication, you can start painting a mental picture. Normally I avoid comparisons to other bands, because they can fall short and mislead, but in this case I can’t fight the itch to do it, simply because it feels so right. All Juice No Noise plays like Destrage‘s Are You Kidding Me? No., if it was hellbent on making much more chaos and noise.

Sure, they’re two wildly different albums when you break them down side by side, but there are similarities that are straight up uncanny. Whether it’s like a nod in Destrage‘s general direction, or something that was arrived at independently, it doesn’t matter to me; it’s way too good. The unhinged chaos that represents the mathcore backbone is easily the wildest side of the record, and it pops up at the most unexpected moments, especially with how it’s put in contrast to the all too groovy and catchy sort of southern rock-influenced kind-of-but-not-really alt-metal thing that’s going on.

I mean, maybe I should’ve started here, but look at that album art! Look at it and let it sink in a little. It’s a very appropriate and fitting visual rendition of the tunes. I know I wouldn’t be able to paint a better picture, that much is certain, and I feel like “Stepdad Energy” goes really well with the graphical vibe. The absolutely churning intro is that exact kind of maddening agglomeration and splatter of color. Then, followed by the groovy, headbang-inducing riff and uplifting vocal delivery, we rise into space and fly through that beautiful nonsense.

Those party vibes I mentioned? Yeah, they’re an integral part of the non-demolishing part of the music. I can’t really describe it as anything else – just play any song, wait for it, then tell me you don’t see the band being crammed into someone’s living room, giving it their all with all the gear at maximum volume while everyone is engaged in some form of debauchery. I’m going to level with you here: after my first listen of the record, I had to check my house to make sure a party didn’t appear out of thin air.

All Juice, No Noise checks all the boxes for what it is. It’s unrelentingly energetic, it doesn’t dip, and it kicks like a whirlwind of whiskey kegs. Steaksauce Mustache know what they’re doing and they’re awesome at it, so you know what to do next.