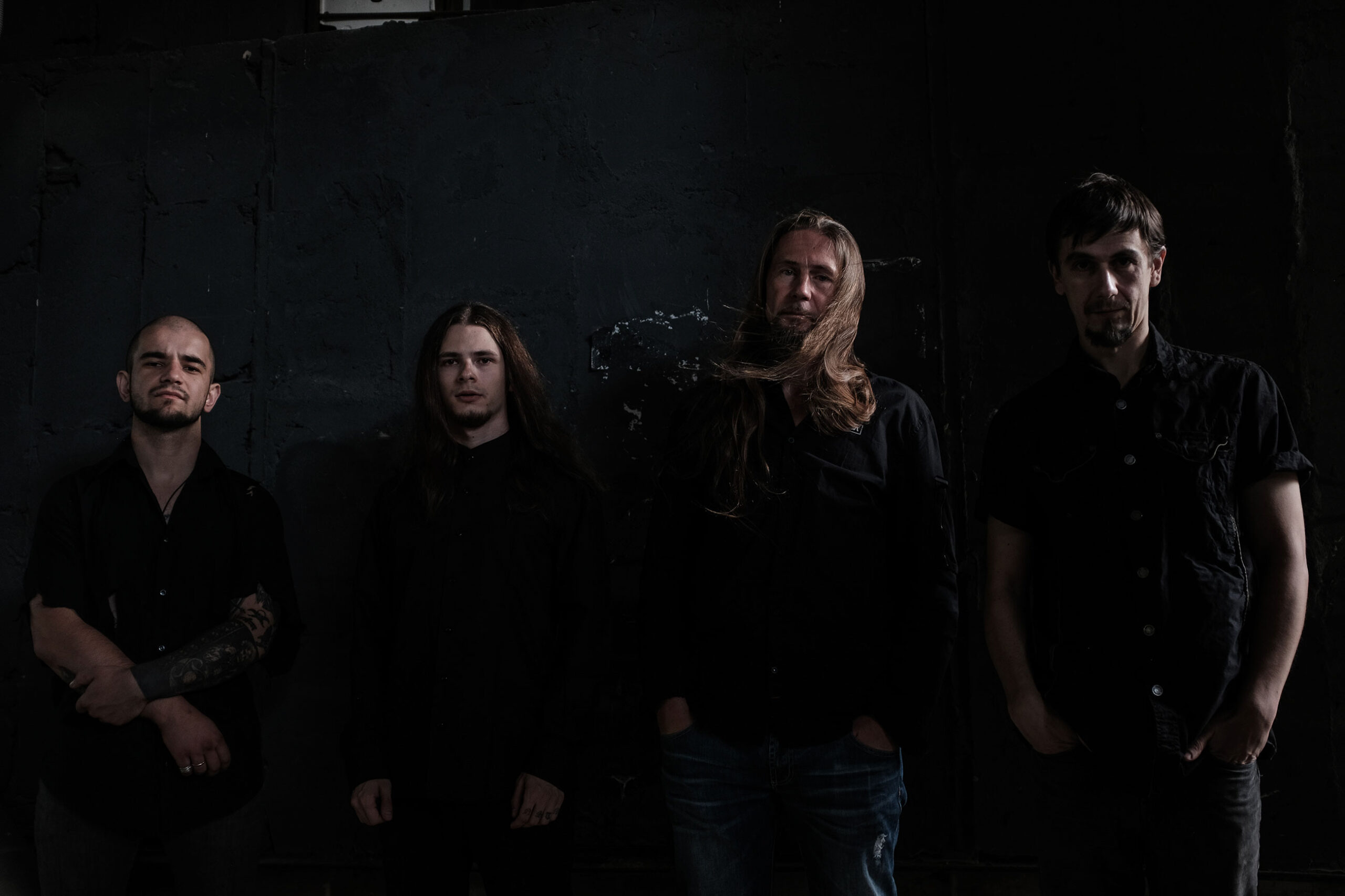 By David RodriguezApril 14, 2022 No Comments

Nonsun and their new album are impossible to divorce from the circumstances of their existence which makes their busy doom/post-metal feel prescient, off-putting, and calculated.

All I would have to tell you to perhaps contextualize this album to you is that Nonsun are from Ukraine. Nowadays, that carries a very specific, forlorn weight with current events and this band’s music already waging in that same weight sonically. Blood & Spirit is probably forever linked to the struggles of war that the country is going through, has been going through for almost two full months (at least on the scale it has been – there’s been fighting in Donbas for much longer), and likely, unfortunately, gravely, will continue for many more weeks and months to come. But that wasn’t the band’s intention.

Recorded between 2016 and 2020, Blood & Spirit wasn’t supposed to hit like this. ‘Never could we imagine how painfully relevant the album’s title would sound near the time of release‘, the band stated during its reveal. The intention behind it all was supposed to be weighty all along, just contextualized very differently, with a lot of room for the esoteric and fantastic to weave their own influence into things.

‘The album title refers to spiritual struggles through the bloodiest of times. The five tracks, in a sense, are yearnings, or prayers, thrown into the void. What doesn’t kill you… Does it make you stronger? Or leave you even more crippled? When all magic is gone… Is wisdom worth a thing? It’s about raising questions rather than giving answers. As the rational mind & willpower fail, a spiritual quest begins’

So, circumstance throws us to peril, unplanned and uncaring. It’s akin to how Nonsun‘s music makes you feel. Every song at some point feels like you’re lost at sea, tumbling about tempestuous waves with lacerating wind and rain hitting your skin at all times. It’s foreboding and uncertain. Songs conclude, but you don’t feel a sense of satisfaction from it. I don’t mean to say that the music is bad, but just that there’s a looming feeling of unfinished business, things left unsaid or undone – a cliffhanger that’s meant about as literally as possible with your form dangling over the edge.

Each track is a mammoth – the shortest one, “That Which Does Not Kill”, the lead single as it were, is 7:41 while the rest are well over ten minutes. They’re their own vignettes as the band references in the quote above, but obviously interlaced with doomy, droney post-metal elements to stitch it all together. Rarely is there ever a reprieve of any substance – something is always going on with this music, much like how life lately never seems to cease with constant bombardments of major, often traumatic world events that we’re just supposed to live through like everything’s fine when it so clearly is not. Yesterday, I had to message a friend in New York City and question their safety due to a violent attack in the city’s subway system that made national news and that’s just supposed to be normal. It’s far, far worse for others.

Nonsun‘s brand of music is similarly off-putting at first because there is so much going on. Movements glide rather seamlessly into others, you’ll notice that riffs or melodies will contort into entirely new beasts before you can recognize the change, and it can be cumbersome to keep up. “Days of Thunder Bring New Wisdom” is particularly rife with this, especially near the end. It took me a few listens to not feel like I was being bucked off the back of this musical bull, my wrist entwined with the reins while my body flies from its back in a staggered rhythm like a flag in the wind.

Blood & Spirit isn’t explicitly grating or abrasive, but makes you earn your comfort and enjoyment. It really feels like it forces you to contend with uncomfortable feelings, though in a way that many doom and post-metal bands don’t do. Many would go straight for darkened atmosphere and deep tones to disorient and spike you into a deluge of desolation, but Nonsun are so much more subtle about it that it’s impressive. And don’t get me wrong, there’s a lot to appreciate here – this isn’t an atmospherically minimalist project by any means. “Guilt, Disgust, Disaster” for example has saxophone padding its asphalt-like structure; a firm foundation of meaty riffs and crashing drums that reverberate through your ears just as much as they do through the soundscape they form. I can’t help but think of fellow Ukrainian band White Ward and their brand of dark jazz-injected black metal.

I’ll be honest, I’m still a little unsure of what to make of Blood & Spirit at the end of this review. I’ve listened for days, stewed in its organized mess in various states of attention and being, and I just can’t make any strong conclusion of it. That I listened as much as I did, and even wrote this review at all, is proof enough that I found it to be stimulating and very easily worth my time, and it’s by investing my time in writing this review that I believe it’s worth your time as well. Maybe, in the totality of all things, this is the point of this music at this time: process what you can, speak what you feel, but know that you will be left with more unclear, foggy moments than clear ones. I guess art does imitate life after all.

I do want to take a quick minute to wish Nonsun and the people of Ukraine and Russia – the civilian working class that stands to lose the absolute most from this war – all the best. It’s my understanding that as of March 9, Dunk!records are donating proceeds from Nonsun‘s music directly to the band, and all band members and their families are safe. The rest of us, please seek ways to help as you are able to. We are nothing without each other – oftentimes that’s all we have.