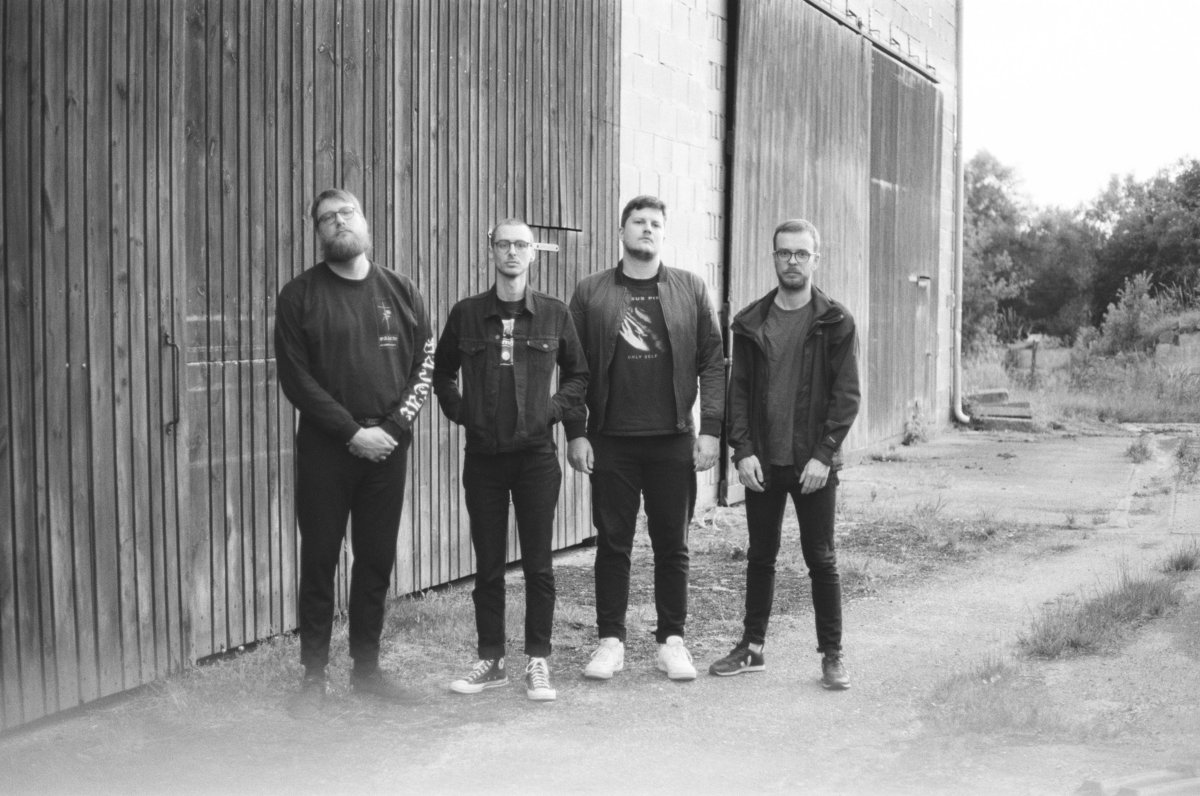 Sundowning – “In the Light of Defeat, I Cease to Exist”

By Carlos Vélez-CancelApril 15, 2022 No Comments

You wouldn’t know how to conceive the thought of living in an apocalypse until you’ve listened to In the Light of Defeat, I Cease to Exist.

Five songs. That’s all it took to transport me to a decaying macrocosm of catastrophic proportions. The air reeked of sulfur and rot and my sight was shielded by a dizzying heat haze. A mixture of dust and penetrating sunrays danced around each of my limbs with a scorch that felt increasingly unbearable. Not everything was a dystopian erotica conjured by the most mediocre of cinema aficionados, however. A plethora of conversations took place simultaneously – from cathartic confessions and demonstrations of vulnerability to casual tales of heroism and bouts of withering faith. While the fate of the townsfolk may or may not have been desirable, there was a sense of realism in this scenario that vividly captured the despair, anger, guilt, and all-in-all fragility that resulted from witnessing this perceived end of life, and this showcasing of sheer destruction and emotional honesty is precisely the reason why German doom/post metal outfit Sundowning are leagues ahead of their contemporaries with In the Light of Defeat, I Cease to Exist.

Sundowning have no intention of holding back right from the get-go with the opener “Exits Don’t Exist / You Put A Leash On My Neck”, as the solemn guitar leads and crushing rhythm section force you to keep your eyes open and witness the vileness spawning from the grounds you step on a daily basis. The Gregorian-esque vocal harmonies further give an esoteric spin whose haunting aura lingers even after listening to it. The latter half of the song is the shining grail, however, as industrial drum machines and distant growls give way to contemplative synths – while keeping the heaviness intact – broadening the sonic palette in the most gratifying manner.

Now, if you’re the kind of person that thrives in music that relentlessly pummel you to no end, then fret not; the second track “Imminent Ache” should be right up your alley. With guest vocals from Full of Hell’s Dylan Walker, the track introduces itself like an impending siren announcing imminent carnage as the guitar chugs and commanding drums release a mercenary of lethargic chants and devilish shrieks to unleash utter chaos.

The next track “A Prison, A Cage” is a definite highlight for those who crave for an all-around fantastic melodic death/doom track. All the riffs have a hook to them that are instantly infectious, and the harmonies coming from the lead guitar and vocals evoke a sense of pleading that is overwhelmingly palpable. If by now you’re interested in giving Sundowning a listen, I’d suggest starting with this one – it is good.

Although showcased on previously-mentioned tracks “Exits Don’t Exist / You Put A Leash On My Neck” and “Imminent Ache” – the latter which additionally showcases an exhilarating meshing of filthy sludge, airy post metal, and even touches of imposing dungeon synth – Sundowning’s strength truly lies on their knack for building atmosphere to the point of inevitable immersion.

This is especially true for the last two songs “Armor of Indifference” and the self-titled track. The former’s use of build-ups, and tension and release is borderline unsettling, particularly considering lyrics such as ‘If only I could vouch for myself/but I just don’t care anymore’. Meanwhile, the self-titled track acts as a moving conclusion to the hellscapes presented on the rest of the record – a steady but distorted pace of funereal demeanor that conduces you towards one last look at your mortality before yielding to whatever manifestation of death would be in this case.

Sundowning managed to craft a satisfyingly dense record that sonically depicts the fall of humankind in the most harrowing manner whilst simultaneously making the listeners active participants in these distressing circumstances by instilling a sense of realism in them. This demonstration of both emotional rawness and an overall abrasive performance is what ultimately won me over this album: devastating in its approach but nonetheless memorable in execution. Truly, gazing at the futility of it all never felt so within reach.