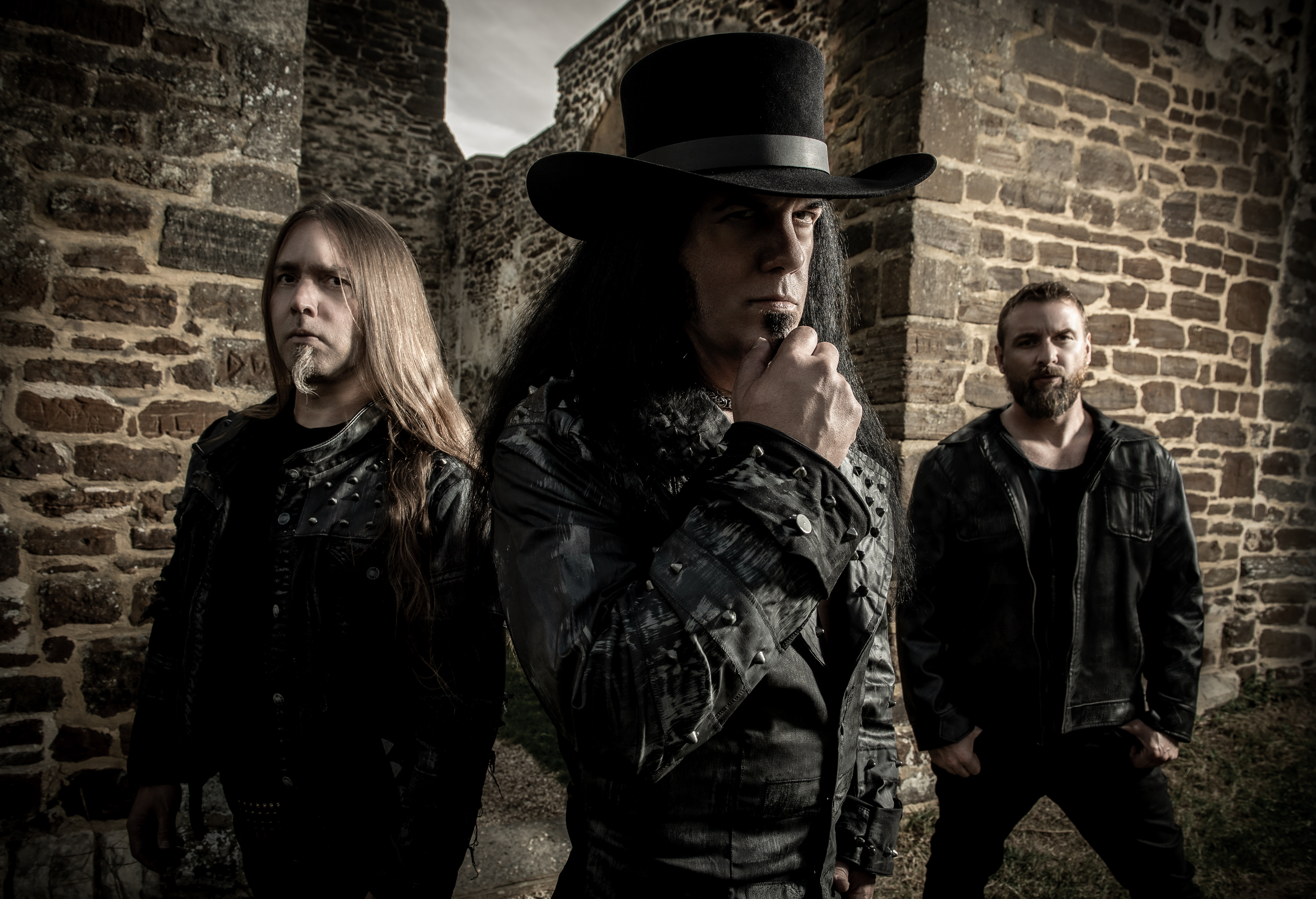 VLTIMAS – “Something Wicked Marches In”

VLTIMAS combine the unique talents of three death metal legends to make an album that all kinds of music fans can love without shame.

VLTIMAS is a death metal supergroup consisting of ex-Morbid Angel vocalist/bassist David Vincent, ex-Mayhem and Aura Noire guitarist Rune ‘Blasphemer’ Eriksen, and current Cryptopsy drummer Flo Mounier. Something Wicked Marches In is not like other ‘supergroup’ projects – not a frivolous exercise, in other words. Rather, it is a serious effort by excellent musicians who impart their signature techniques to music that pounds and burns in a most satisfying way.

But I can’t review this album without getting personal. It was late in the summer of 1995; a 23-year-old version of the guy writing this review stood in Montreal’s venerable Metropolis, a venue back then rarely associated with metal of any kind. The night was special, not merely because the classic line-up of Morbid Angel would headline on such a prestigious stage. Few people cared that Dave Lombardo’s Grip Inc. project opened for them, either. You see, a death metal band that would go on to prove far more influential was to play first, and they were local. Yes, it was Cryptopsy, the classic line-up of which still occupies my Facebook friends list. This was long before Flo and the boys would go on to define tech-death and goregrind to the world, longer still before Flo would establish the blast beat as an art form and extreme drumming as the sin qua non of extreme metal. Legions of Montrealers were out to see their local band take to the major stage for the first time.

Many thoughts rushed through my mind when I saw them play, as well as when I saw Morbid Angel playing material from the Domination album. But I assure you, gentle reader, that ‘one day Flo and David Vincent would cut an album together’ was not one of them! The very notion this could happen should thrill any old-school death metaler, be they as ancient as I or not. One ought to ask if Something Wicked Marches In equals such expectations, then. I wake from my 90s reverie to tell them that yes, it absolutely does.

None of the literature surrounding VLTIMAS mentions whether or not David Vincent plays bass on this album, but the riffs sound more like classic era Morbid Angel (i.e. anything from Alters of Madness to Domination) than anything Mayhem or Aura Noire ever did, and it is far more restrained than anything Cryptopsy would do even in their gentler moments. The Cryptopsy blast beats are there, and Eriksen’s solos have much more melody than anything Morbid Angel ever brought forth, but the latter band’s riffing style still prevails on Something Wicked Marches In. For the unfamiliar, this means the riffs rely on ultrafast tremolo-playing more than they do on power chords. Perhaps Blasphemer’s black metal pedigree found some agreement here.

Vocally, David Vincent uses the same range of voices in VLTIMAS that he employed in Morbid Angel. This includes clean singing, the more goth-y, doom-enfused, Satanic hymn droning style rather than his ‘down home’ outlaw country persona. This technique takes on a most striking form in “Monolith”, an honest-to-goodness death metal love song with a haunting and rousing chorus (‘She is my only, my one and only, none hold a candle to my princess demoness’).

One can also ascertain how much fun Something Wicked Marches In must have been for Eriksen, yet how much fun he must have kept himself from having at the same time. This is to say that while he makes every manner of riff, arpeggio, and solo give VLTIMAS a definable sound, he nonetheless saved his playing from being a self-indulgent mess that a contribution to a super-group could easily degenerate into being. The intro to “Last Ones Alive Win Nothing” showcases his talents for atmosphere, tension, and subtlety right before Flo runs through his viscious gamut of drum-sadism to remind us that this album had only one love song.

VLTIMAS play a manner of death metal that should logically seem outmoded. ‘True’ death metal has given way to tech-death, to goregrind, to slam, and to deathcore. However, all of those microgenres have been played out, with very little space for innovation left. Something Wicked Marches In hardly seems retrograde in this context. This is not merely because of the lofty resumés of the band’s three members, but because of the things that can make any album in any genre sounds good: relentless commitment to excellence in writing and an understanding that genre definitions can only limit you if you let them. VLTIMAS might have created the only old school death metal album worth listening to again and again in 2019, or maybe not. But until Something even more Wicked Marches In, this is their game to lose.