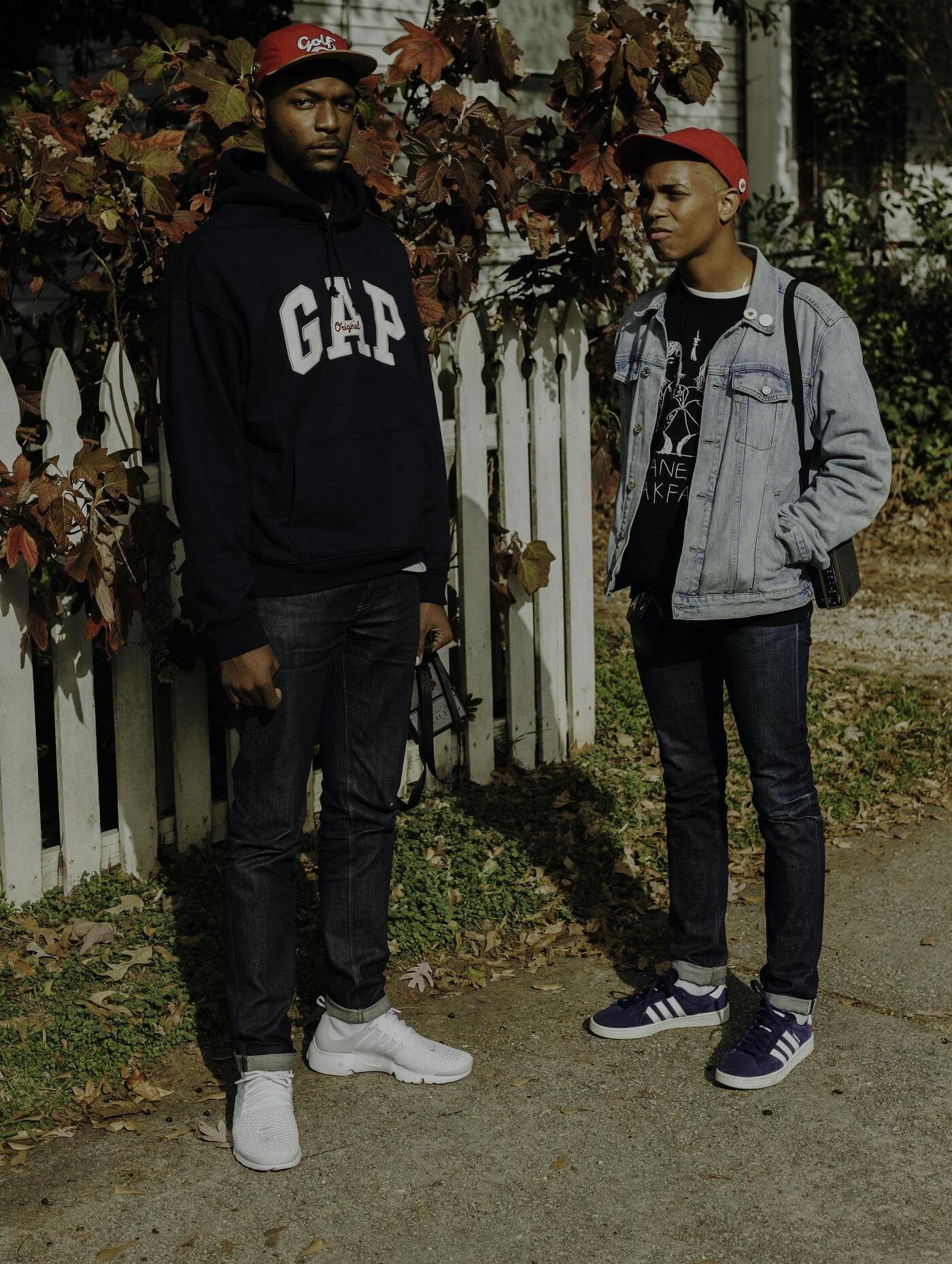 They Hate Change is precisely the kind of thing that hip-hop needs in order to stay expanding, entertaining, and authentic – and they know it.

There’s no doubt been a lot of great hip-hop this year so far, and there will be even more released I’m sure. In the deluge of bigger artists that people naturally, rightfully flock to, it’s our job – mission, even – to ensure we show y’all the stuff that flies under the radar. I admittedly haven’t been doing a great job of that myself when it comes to our and my hip-hop coverage. That changes today, because I don’t hate change.

Though signed to Jagjaguwar (and covered by the likes of Pitchfork and Consequence), They Hate Change are a neat little hip-hop gem duo from Tampa, Florida. ‘This what full creative control sound like‘ riffs Andre on the second verse of “Stuntro”, as if standing above Finally, New, gesturing assuredly and confidently toward it, a ringmaster leading us to the main attraction. And it’s a fitting statement – what we get here on this album is a veritable smorgasbord of sounds, influences, and executions that seem to buck trends and coddle that same experimentation and creativity they asserted on before.

Seriously, Finally, New drips with potency. There’s a keen, purposeful, and pronounced intentionality to everything, like an endlessly rehearsed theatre performance, every cue, prop, and line painstakingly in its place. You can hear a hard club influence – EDM, yes, but more specifically garage, Miami bass, drum and bass, grime, and other breakbeat permutations rooted in the UK and back across the pond over here. “Breathing” is one of the many tracks where you can feel the deep roots of that influence. The humming synths toward the backend are really reminiscent of Street Fighter III: 3rd Strike‘s similarly eclectic soundtrack, particularly the theme of Rindo-kan Karate fighter Makoto. There’s actually a good amount of comparisons I could make between that OST and Finally, New. Definitely not trying to imply any biting or stealing here, I just wouldn’t be surprised if I ever were to walk into Vonne and Andre’s room and they were practicing red parries and links into supers.

The duo being from Florida, I also hear thick flecks of Denzel Curry (particularly his Carol City/Miami love letter ZUU, which was itself rooted in some classic Florida/Miami bass sounds) all the way down to 2 Live Crew and their As Nasty As They Wanna Be style of dirty dancing production (that vocal sample in “Perm” bumps in the whip). I even hear shades of hardcore DIY rap trio ILLFIGHTYOU on songs like “Blatant Localism”, and they’re from Tacoma, WA (they’re also highly underrated)!

One of They Hate Change‘s many attractions is their honesty, and it comes in many forms. “Some Days I Hate My Voice” is a deft example, with Vonne referencing a specific dysphoria keenly felt by trans and nonbinary pals settling into – or searching for – their most truthful identity and selves, but still finding the confidence and space to flex on others over more washy production teeming with persistent grumbly bass:

‘Some days I hate my voice, some days I feel like I’m the Metatron
Some days I’m basic, some days I’m dolled up like pageant debutante
…
Some days I got a S up on my chest
Gotta run them soundalikes to get your point across I guess
Like ‘Oh my god, you remind me of 100 Gecs‘
Well I’m sorry, gotta disagree, but shout out Laura Les‘

This is contrasted, and complemented, with the type of braggadocio you’d come to expect from hip-hop. Think about it: where life generally slips you insecurities, usually built on the back of trauma and abuse, rap, and really music in general, gives you the space needed to build yourself back up again. To make your own life and way. Lyrical assertions that they should have gotten a plaque or trophy by now for the work and dedication, standing ground and challenging others to step up, comparisons to greats like Poly Styrene – none of it rings hollow. It’s not so much an act as it is two artists, replete with talent, planting their flag, making themselves known. Hell, their name alone is playfully antagonistic to the status quo of all things – it’s also correct by many estimations and applications.

What pulls it all together is how absurdly confident They Hate Change are. They know exactly what the hell they want to do, and do it. They know exactly what and who they are, and they be it, persistent personal growth notwithstanding of course. Hip-hop engorges itself on the tenets of realness and authenticity, and while heads will go back and forth arguing about it, and which artists fit arbitrary criteria, others like Vonne and Andre will simply… be it. They’ll do it, they’ll embody it. Without a doubt, this is an act to watch like a damn Florida red-tailed hawk.

I came to terms with the fact that this review wouldn’t adequately encapsulate how good and potentially important this album is or will be, no matter how hard I tried. So I didn’t try, at least in the ways I tend to. This review is a little short by my standards, but it’s really just to save time that I, and you, could just be listening to Finally, New. What They Hate Change give us is a hyper-specific hip-hop state of the union address that is wholly them, no compromises, unconcerned with making it make sense to a wide audience. Still, you can vibe with it just as I have. No gatekeeping or needless qualifying, but you’re either gonna get it, or not. Either way, they’ll be around affecting and stunting as they wish.