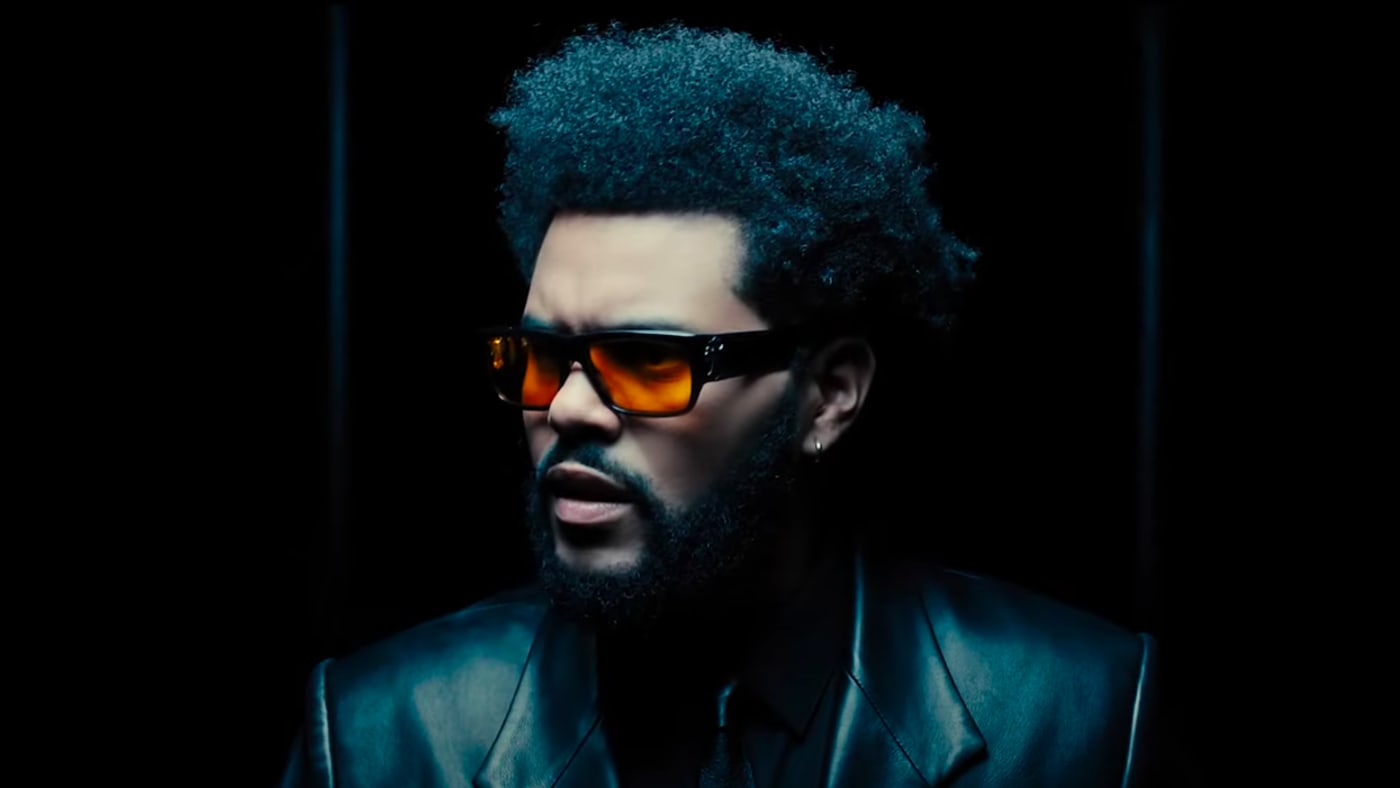 By Carlos Vélez-CancelJanuary 17, 2022 No Comments

Dawn FM is The Weeknd‘s most confusing release to date. Here, Abel shows a lot of heart to pull off a truly engaging concept album, all the while sacrificing musical integrity in favor of a fix of the nostalgic.

The larger-than-life ‘80s aesthetic has taken over mainstream music in recent years and Abel Tesfaye – alias The Weeknd – currently stands among the top echelon of these throwback superstars. After Hours undeniably left a mark on many listeners alike with its charismatic blending of sexually liberating but tense lyricism (with a dash of self-loathing) and a thrilling new wave/r&b pairing that mesmerizes with its faithful and dazzling production. Having a repertoire that proves his knack for worldbuilding and setting the mood with his music, Abel expands these ideas further and translates them into a purgatorial fever dream with Dawn FM, a sort of companion record whose conceptual ambition and unexpected features may likely overshadow many pop releases to be released this year – it’s a shame that the music itself leaves a bit to be desired in comparison.

This is not to say that the songs are bad per se. In fact, I would even argue that the album is a grower after a couple of listens. And yet, every time I had finished going through it, I was left with a weird feeling, as if there’s some sort of disconnect between the quality of the concept and of some of the tracks found here.

The Weeknd does really well at painting a picture of this quasi-dystopian setting on a journey to your inevitable death. Yes, it all sounds bleak and existential because, well, it is. Dawn FM is an invitation to Abel’s introspective struggles as he reflects on autonomy, longing, and guilt, all threaded by a retrofuturistic radio broadcast (dubbed as 103.5 Dawn FM). Using radio as the album’s central narrative format is so simple yet so engaging to me, topping it off with the radio host being none other than Jim Carrey, guiding the listener throughout with a voice that is equally soothing and strangely commanding.

The first batch of songs are simply stellar. Abel gives no fuck this time, and this is evident right from the second track “Gasoline”, where nihilism and indifference take part of a disorienting groove that is equal parts flashy and unnerving. Under the disguise of this apathy, however, brews a call for desperate help with the next tracks “How do I Make You Love Me?” and previously released single “Take My Breath”, as Abel begs for a sense of intimacy over shimmering synths and a sweat-inducing beat made for late-night clubbing. The fact that the extended version is included over the single edit amplifies the listening experience greatly – for the song itself as well as for the album – with the build-ups on the intro, bridge and outro capturing the essence of the genre and the having-an-existential-crisis-while-out-on-the-dancefloor vibe flawlessly.

“Sacrifice” might just be one of the nastiest singles to be released so early in the year. Listening to this one particularly was such a treat, as the track brings a needed bite to this album with that hypnotizing guitar riff, coupled with an infectious chorus and exhilarating bridge reminiscent of Michael Jackson’s Off The Wall (even more satisfying to consider that the track that follows it is “A Tale by Quincy”, an interlude led by Mr. Jones himself). Meanwhile, “Out of Time” samples “Midnight Passengers” from city pop artist Tomoko Aran, making for a delightful jam as Abel regretfully croons over a confession of love that was never revealed to his potential lover.

And in the same fashion as The Weeknd delving into his own thoughts on this album, it all goes downhill from here.

It’s… really all a blur for me, this second half of Dawn FM. The impact and sincerity found on the aforementioned tracks have been replaced with songs that feel that were churned out just for the sake of leaving no gaps on this album. The predominant synthpop sound and aesthetic presents itself more as The Weeknd making synthpop songs rather than him repurposing the genre to his musical advantage and leaving his own mark on it. While they are structured well enough (and as standalone tracks, they’re not of much nuisance), they are extremely forgettable within the record’s context and devoid of personality. Even from a lyrical standpoint, the songs do not offer much to the narrative – the back-and-forth between catching feelings and continuing with unrestrained sexual relationships does little to carry the story, and eventually leaves you walking in circles.

The two main features (Tyler, the Creator on “Here We Go… Again” and Lil Wayne on “I Heard You Were Married”) were of no help either, and brought absolutely nothing to the table. This is especially disheartening in the case of Tyler, which, while the track is a decent slow-burner and shows some of Abel’s smoothest vocal deliveries, ends up with him sounding rather distant and uninterested.

Since Dawn FM alludes to the concept of traversing through a tunnel on a destination towards light, “Less Than Zero” provides a glimpse of that much-needed shine after a streak of uneventful meandering. Not only is the production glossy and bright, but the way Abel’s performance carries the song with heart is nothing short of euphoric. It is also a deserving transition to the closer of the album, “Phantom Regrets by Jim”, which is an odd but compelling conclusion to Dawn FM’s narrative – the track certainly gets the job done rounding things up.

Dawn FM might just be the most confusing The Weeknd release to date, honestly. Even after repeated listens, I still find myself struggling over how to properly sum up my thoughts on it. You have a strong, contemplative narrative serving as the guide for the album, accompanied by a gripping first half that captures and develops the overall feel to an all-time high, only for it to dive and sink into shallow waters in an effortless manner. Strip away the conceptual aspect of the album and you’re left with a good enough synthpop record, with Abel’s recognizable sonic blueprint for The Weeknd slowly dissipating throughout it. It is unfortunate, because there obviously is plenty of thought and care put into this particular world and mood Abel tried to convey here – though this ultimately proved to be detrimental to the overall quality of the accompanying music.