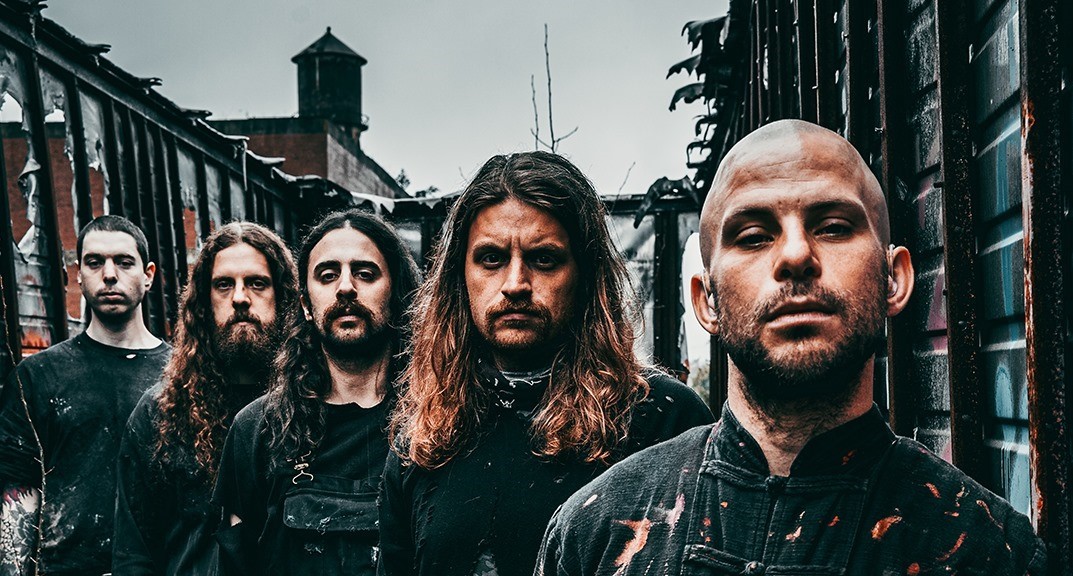 Rivers of Nihil – “The Work”

By JP PallaisSeptember 3, 2021 No Comments

Rivers of Nihil appear to suffer an identity crisis-of-sorts with the scattered and somewhat directionless album that is The Work.

Rivers of Nihil is one band we have all been eagerly awaiting new material from since the release of their 2018 masterpiece Where Owls Know My Name. The hype building up to their newest record, The Work, has been absolutely massive, and we all know what happens with hype and expectations – look at Cyberpunk 2077. Although The Work flops nowhere near as hard as Cyberpunk did, it does leave a lot to be desired, ultimately giving me this resounding feeling of disappointment. It isn’t easy to meet the insurmountable standards and expectations set by their last record, and I am sure the band is fully aware of that. It seems that Rivers of Nihil were a little too overly ambitious going into this album and ended up creating something that is so unnecessarily complex and ‘sophisticated’, ultimately missing the mark. They clearly worked so very hard to be different and unique by trying so many different things here, causing this album to feel extremely average in nearly every aspect.

After WOKMN, Rivers of Nihil made it clear that they were going to change things up on their next record, as they didn’t want to be ‘the sax band’. Not that they used the saxophone in a gimmicky way to begin with, but I digress. I’m sure you’re asking whether or not they ditched the saxophone here, and I can assure you that they did not. There are as many songs on The Work with saxophone as WOKMN, but the main difference here is that the saxophone is no longer a focal point but rather an accent piece. There are not as many saxophone solos, as the saxophone is rather utilized to add a dark, twisted element to the cosmic soundscapes you’ll hear throughout the record. You’ll often hear it droning in and out during particular moments, which really adds to the seemingly sinister atmosphere of the music. Given what the band is shooting for on this record, this change actually suits the music very well.

On previous records, Rivers of Nihil had an emphasis on the various seasons that was most evident on the album artwork with the changes in color palettes used. There wasn’t too much that musically portrayed the different seasons throughout those earlier records, other than the tracks belonging to the “Terrestria” suite and the occasional compositional meandering . One big difference here on The Work is the musical over-emphasis of that seasonal vibe, in this case winter. Given that this theme has become more of a core component of the music, it has a tendency to derail the momentum and effectiveness of the songs on this album, as well as causing particular tracks to drag on much longer than they need to.

The Work most certainly does give off that wintery vibe as was intended, although it feels fairly superficial. Moments like the decaying outro to “Dreaming Black Clockwork” sound as if you’re stuck in an icy blizzard in the dead of night, with no sense of direction or source of warmth, only to be left for dead. The music makes you truly feel as if you’re stuck in a frozen hellscape, whereas the song that immediately follows, “Wait”, is a cheesy local rock station ballad that gives the complete polar opposite winter vibe. Going from the preceding track to “Wait”, it’s as if I am no longer being buried alive in snow; instead, I’m suddenly at a ski resort in Canada, sipping on hot cocoa from the lodge while listening to Metallica. Then going from the jolly “Wait” to “Focus” sends you right back to that hopeless icy tundra. This isn’t the only instance of that, but the winter mood is moderately inconsistent, and going through those particular tracks ruins the unforgiving, frostbitten mood that was initially set. The instrumental execution that creates these cosmic and frozen soundscapes is top-notch, it’s just how it was put together in the context of the rest of the record that wasn’t as captivating as it very much could’ve been.

The Work doesn’t just focus on the winter mood but also on dynamic song structures. In the grand scheme of things, these two go hand in hand here. It is evident that Rivers of Nihil wanted to add even more dynamics to their music, and this album is riddled with moments that take away from the song more than they contribute. As a result, that necessity for excessive compositional shifts brings many tracks to a grinding halt and makes the album seem somewhat gimmicky overall. Being gimmicky is something Rivers of Nihil vowed not to be, yet here we are. The band really tried to add so many atmospheric sections, and I totally understand and love those kinds of passages myself, but it seems that this infatuation with adding unneccesary complexity caused them to completely lose sight of what makes a cohesive and effective song. It also doesn’t help that the transitions from the metal onslaught to those slower passages is almost enitrely non-existent, causing even more of a jarred musical voyage through the tundras.

I guarantee you that The Work would’ve been an apt follow-up to its predecessor if it wasn’t as bloated as it is with those awkward breaks. This album would’ve been much stronger and memorable had it been about 10 minutes shorter at the very least; it wouldn’t have been a hard decision figuring out what parts to cut in all honesty, as there is so much filler. The first sections that come to mind are the really bizarre, distorted night-club beat that opens up “The Void from Which No Sound Escapes”, as well as the random, useless soundbyte at the end of the same song that appears to have zero relevance to the intended conceptual journey. Rivers of Nihil wanted to make an overly sophisticated and varied album with hypnotic atmospheric passages on nearly every song, but it came at a sacrifice of the cohesiveness of the compositions. It just feels all over the place. I am not saying at all that having these atmospheric sections is a bad thing – it’s just so overdone and poorly put together here that it ruins the whole experience.

On the bright side of things, one of my favorite things about The Work is the vocal performance. Jake Dieffenbach’s vocals sound absolutely savage on this record. His harsh vocals are filthier than ever, as heard on “Clean” and “Terrestria IV”; on the latter track, Jake channels his inner Archspire with the machine gun-esque barrage of vocals. Not only does Jake’s harshes sound better than ever, he provides many haunting yet soothing clean vocals throughout the record as well, further elevating the sorrowful tone during the slower sections. On top of that, the back-up vocals provided by Jared Klein and Adam Biggs (the band’s drummer and bassist respectively) are also incredibly stellar, as per usual. If you thought the vocal interplay between those three was stellar on WOKMN, just wait until you hear this record, as that is one thing that they refined even more. There are so many subtle background vocal lines – as heard on “The Void from Which No Sound Escapes” and “Maybe One Day”, for example – that add so much emotion and melancholy alongside Jake’s bellowing screams.

As The Work comes to a close with “Terrestria IV: Work”, you can hear spring coming just around the corner as the track slowly fades out. This is both a beginning and an end to a cycle that our planet, Earth (hence terrestrial), and we experience on a yearly basis. Minus a few abrupt breaks that slightly take away from the progression of the song, the closing track on The Work is the epic culmination to the “Terrestria” suite that spans across all their albums. The haunting atmosphere that the emotional and musical climax creates never fails to send chills up my spine, those chills being completely unrelated to anything having to do with winter but rather with how powerful the music is at this particular moment on the album. It is unfortunate that you have to wait until the very last track on this long album to get something as compelling as “Terrestria IV: Work”. As much as I enjoy the closer, it could’ve been a few minutes shorter and it would’ve been just as effective if not more, as is consistent with the rest of the album.

While River of Nihil’s latest isn’t a bad record at all, it most certainly isn’t a great nor memorable one either. There are many things holding back the amount of maximum enjoyment that one could possibly derive from the music. Much to my dismay, it isn’t on the level of the autumnal Where Owls Know My Name (nor on any other record of theirs, truth be told), but it is the type of record that offers a different musical experience overall compared to all their previous works. I understand their change in musical direction and the desire to do things differently, but it feels so compulsive rather than organic. With that being said, The Work is a record that has a lot of fat to be trimmed; I just wasn’t expecting this record to have so much of it. The ironic part to me is that fat/adiposity is actually helpful for insulating and retaining heat to survive cold weather, and I don’t imagine Rivers of Nihil purposely wanted this musical fat to further tack onto the winter theme that they’re going for. Well, in case you weren’t already convinced, autumn (WOKMN) is and has always been the best season of the year, and The Work is further evidence of that.

If it’s any consolation to you, you can listen to the new Burial in the Sky record, The Consumed Self, as it is a great prog-death record with plenty of saxophone by the very same individual who provides the sax on Rivers of Nihil‘s music. If you’re in the market for proper winter-themed metal, you’ll want to check out Kauan‘s Sorni Nai and Ice Fleet.