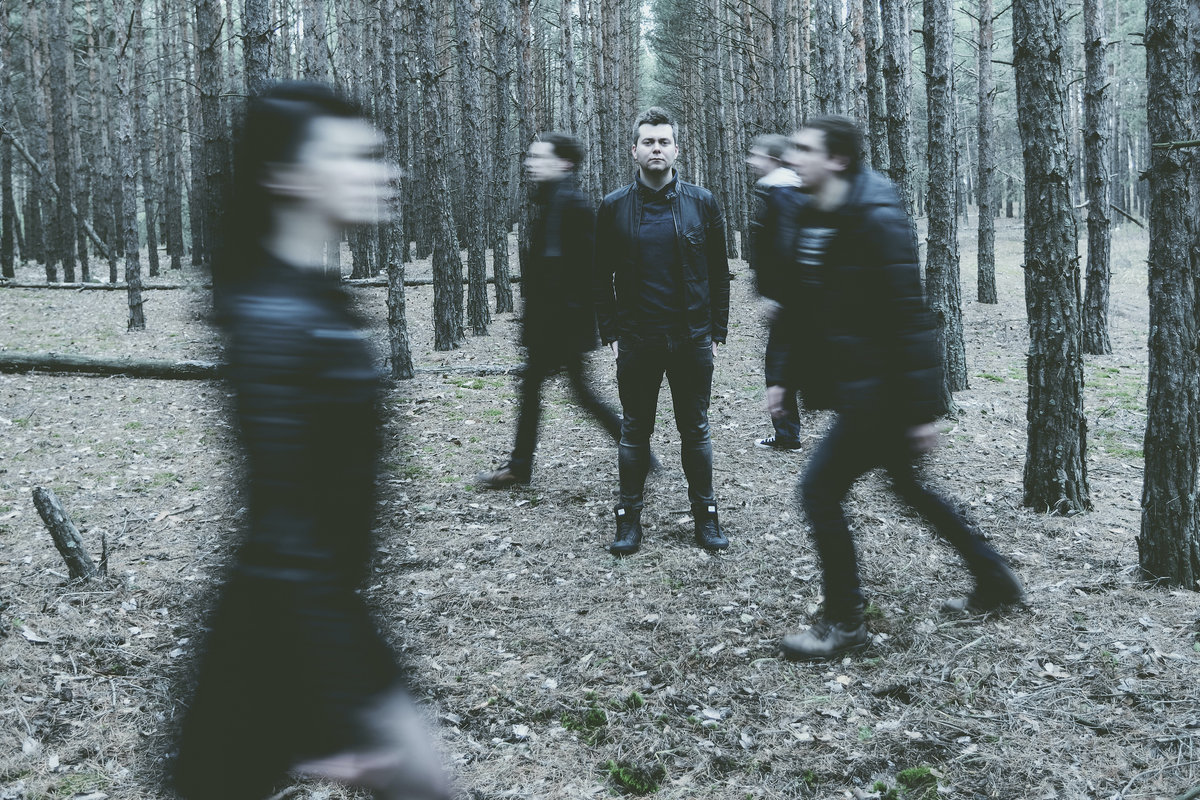 By Robert MiklosApril 8, 2021 No Comments

Ice Fleet is everything you could possibly hope for from the same band that made Sorni Nai. Kauan deliver a post-rock masterpiece.

Ice Fleet. That’s it. Well, not really, but that should suffice as an introduction for what this album is. The same goes for the band, although I can’t just assume everyone opening this article knows everything about this band. So, in lieu of brighter ideas, I’ll just bring you up to speed if you aren’t familiar and then proceed with this marvelous album.

Hailing from the ends of the western part of Russia, and singing most of the time in Finnish, Kauan are a collective of musicians which really hit the spotlight with their sixth record, Sorni Nai. Their sound has changed considerably since their first release, although it always revolves around creating impressive textures in some way. Whether it’s something diaphanous and ethereal, or something massive and epic, it’s something that drives a strong emotive load.

Unmistakably, Sorni Nai became synonymous with the band’s name due to all the qualities of said record. Obviously, I suggest that everyone should listen to it at least once, it’s a fantastic album with remarkable songwriting – to say the least. I will do my absolute best not to make this review a comparison between Ice Fleet and Sorni Nai, even though that is very tempting due to the high regard in which I hold the latter.

Ever since my first encounter with Sorni Nai, I’ve been eagerly waiting for a spiritual successor to it. I was obviously not very enchanted with Kaiho in that regard, in spite of it being a solid record. While Ice Fleet isn’t entirely that, I feel it fulfills the role, as best as anyone could realistically expect, at least. Ice Fleet is presented to us by the band in a way which, to me, appears as a grand offering – everything checks out so far.

Why? Well, the album comes with a tabletop RPG game which is based on the story on which the album is based: you can find more details about this on their Bandcamp page. I’d really love to delve into the whole story, which serves as the narrative backbone of the album, but it’s quite an extensive one. In a nutshell, it’s all about an odd frozen fleet of ships during the 1930s, discovered dab in the middle of nowhere off the northern coast of Russia, along with their surrounding mysteries. The band has made a series of five Facebook posts in which they elaborate the story in detail, so if your thirst is unquenched, go quell it over there.

Pretty elaborate right? Now, onto the music itself. I must say that, in a way, I had absolutely no expectations while simultaneously having massive expectations – if that makes any sense at all. As soon as I made the first lap around the record, I was simply enthralled. I was drenched in awe, body hanging slack in my chair, staring at my speakers with glazed eyes. Words were, and kind of still are, useless to attempt to appropriately encompass the breadth and scale of what the music brings to life.

While stylistically it maintains a vaguely similar approach and composition to the aforementioned Sorni Nai, there are fundamental differences. For starters, the black metal element is quite heavily recessed, as is the entire metal element in general. Although, there’s plenty of it to go around and add weight wherever impact is required. To be fair, a good deal of the impact is now delivered by very thoughtfully crafted textures, which are nothing short of stunning. It’s quite clear that we’re looking at a strongly post-rock-leaning album as well.

While keeping that and the textural work in mind, I’d like to offer “Taistelu”, the second track, as an example which should cement these points. “Taistelu” is easily my favorite track off this album and it is an absolute fucking banger. The atmosphere on it is simply larger than life. As the song starts and I close my eyes, I immediately find myself hovering through the stars, visually drowning in the sheer scale and unhinged might of a universe – which feels as boundless as it is impartial. I really can’t say where I’m actually supposed to be, taking into account the artist’s intention, but I’m positive that it will be something amazing for everyone.

“Maanpako” and “Raivo” are actually the only songs which contain the black metal parts I mentioned above. They are neatly placed in the first and latter half of the record to keep us on our toes, especially with the way it hits us in “Maanpako”. We are lulled around with soft sounds and gentle melodies, only to then be clobbered mercilessly. I usually like that kind of delivery and it works very well within the present context as well. “Raivo” is something of a slow burner, if you will, and probably the darkest of the songs. Now that I think about it, I’m not sure how accurate is it to really call them songs, as just like Sorni Nai, the album is thought out as a single song which flows seamlessly.

The flow between the songs is undeniably smooth as a consequence of this one-track album mindset. If there were no visible division, no one would suspect we could be talking about multiple songs. It’s really hard to pick out any particular part of the record and say anything particular about its meaning, unless you attach to it the significance of what surrounds it. As a whole, this is an experience which highlights a tender beauty, as well as a riveting one which revels in darkness. It also illustrates emotions which span immeasurable proportions, as much as ones which are so fragile and subtle that they can barely be perceived. I think that a good contender to illustrate this point is “Ote”. As the second longest song on the album, it has enough time to flesh out all these things.

Quite frankly, I don’t see the point, but I’ll jot this down anyway to make sure that it is clear – everything on this album is executed at a masterful level. From the most unnoticeable layers of sound to the tones of each layer, the way they are all embellished and tied together; to the overall composition and all its surrounding magic – everything scintillates with flawlessness. This is a kind of musical vision that distinguishes itself through its utter lack of compromise and it revels in the strength attained from a clear, focused, and unrelenting vision. In short, Ice Fleet is just fucking triumphant.