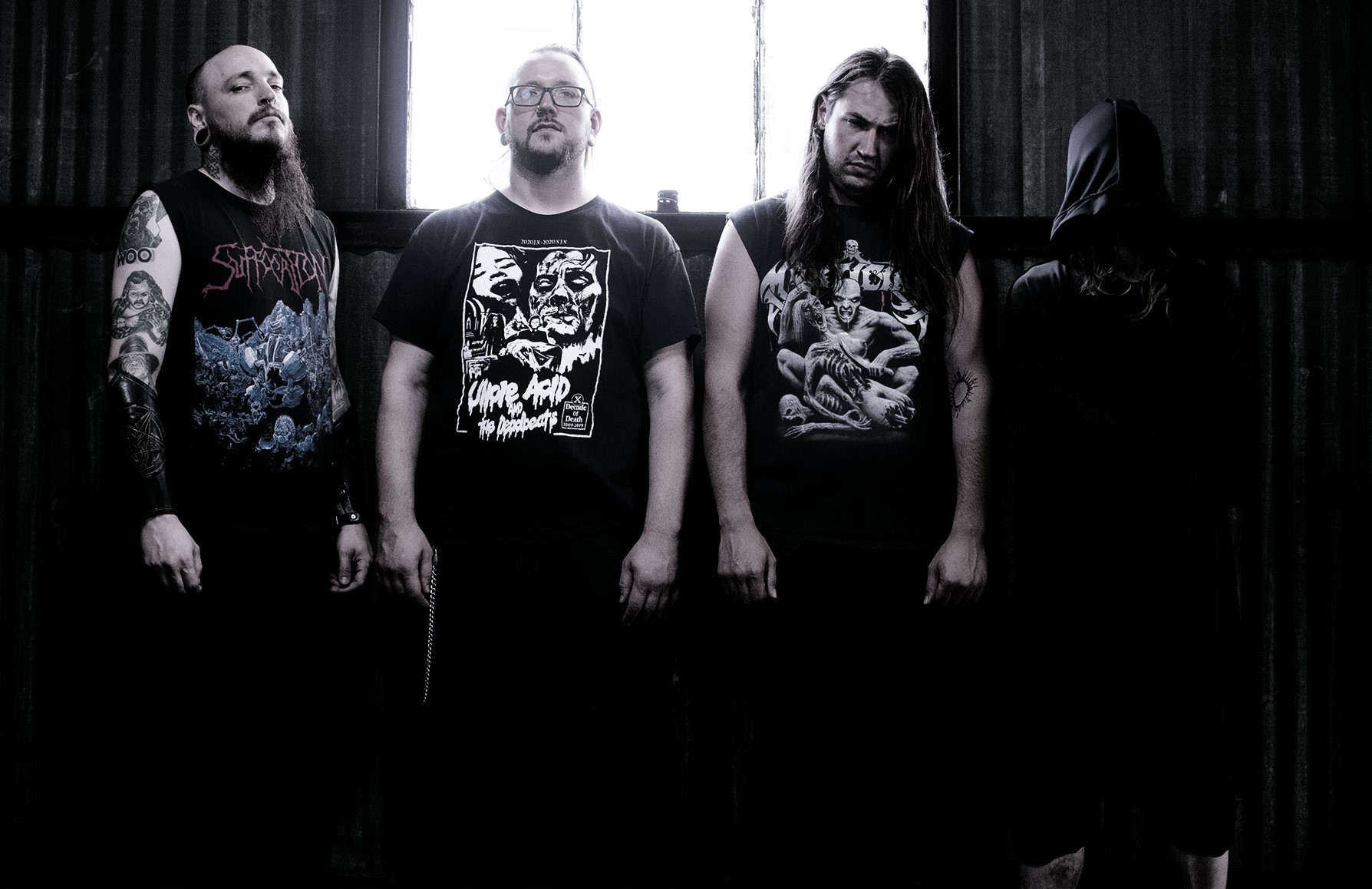 By Vidur PaliwalApril 9, 2021 No Comments

Throne will rip your head off with an unrelenting blackened death metal assault on their first full-length album, Pestilent Dawn.

I will be honest right off the start: all extreme metal albums (besides this) released in the first quarter of the year have failed to leave any lasting impression on me. It almost came to a point where my eardrums were craving for the smallest dose of heavy riffs and blast beats. That is when Throne‘s blistering full-length, Pestilent Dawn, caught my attention and blew my head off.

Not being familiar with the Michigan-based quartet, quick research informed me that the band has been active since 2015. Playing blackened death metal akin to Azarath and Angelcorpse, they released their debut EP, Altar of the Dying, in 2018, and Pestilent Dawn is their first full-length effort. It demonstrates that they have taken their time to craft the ten songs across the album, with the quality of the output reaffirming the effort and dedication put into releasing the same.

From the start, Pestilent Dawn is a platter of extreme insanity that witnesses the collision of black metal with brutal death metal and grindcore. The album comes galloping out with “Amongst the Sinners, They Came Forth”, as Throne take a page out of Belphegor‘s formula sheet, assaulting the listener with sharp riffs and a torrent of blast beats. This onslaught continues into “In the Midst of Chaos“, which adds a mesmerizing amalgamation of lead guitar solos and chugging, deathcore-style riffs reminiscent of the likes of Carnifex. Similarly, it would be hard not to think of Hate Eternal when the penultimate “All Creation Wept” showcases how enjoyable, straightforward, no-nonsense death metal can still be in this day and age.

Throne is a band that has been together for some time, and musical understanding between the members highlights the same. But the main highlight on Pestilent Dawn belongs to the work behind the drumkit by Kollin Perpignani. He acts as the fist of the music, holding together other elements and punch-starting most songs with a schizophrenic double bass. “Born of Death” is the perfect example of his exemplary skills, with subtlety in the initial seconds of build-up, to the speed of his blast beats, and sheer technicality in the culmination of the song. The other element used craftily by the band is the utilization of guest vocals across the album to complement the high rasp of frontman and guitarist Nathan Barnes. Clint Franklin’s (of Recorruptor) harmonizing guttural lows on “Beyond Malice” are a good reference point, as they allow the music to hit two extremities at once, adding a dark beauty to the music.

None of the above is to say that it is a perfect album. I do have a couple of minor gripes with Pestilent Dawn. Firstly, I’m not a fan of the three shorter instrumental cuts across the album. while “Intro” does act as a neck exercise warm-up, the other two – “Eternity in Mourning” and “Humanity’s Dusk” – are pure fillers. “Eternity in Mourning” is an acoustic interlude, presumably to provide a moment of relief on the record, but comes off sounding misplaced. “Humanity’s Dusk” is the redundant closer, a zombie apocalypse wall of noise that cushions the ending of an otherwise powerful album. The other issue I have with the album is how safe Throne play across it. The band members clearly have the arsenal to stretch the boundaries of their sonic landscape. Instead, the lack of significant variation across the album reduces its memorability by a few notches.

Despite these criticisms, I did enjoy every spin of Pestilent Dawn. It is primarily because of how short the album is. With just 31 minutes of runtime, it’s a frantic record that crushes the listener completely but leaves no room for fatigue. In my opinion, it may be too early to call Throne the next rising act in the black/death metal genre, but a band to watch out for nevertheless. All in all, if you are on the lookout for a competent extreme metal album, or in the mood of some face-destroying, all-out attack, look no further.