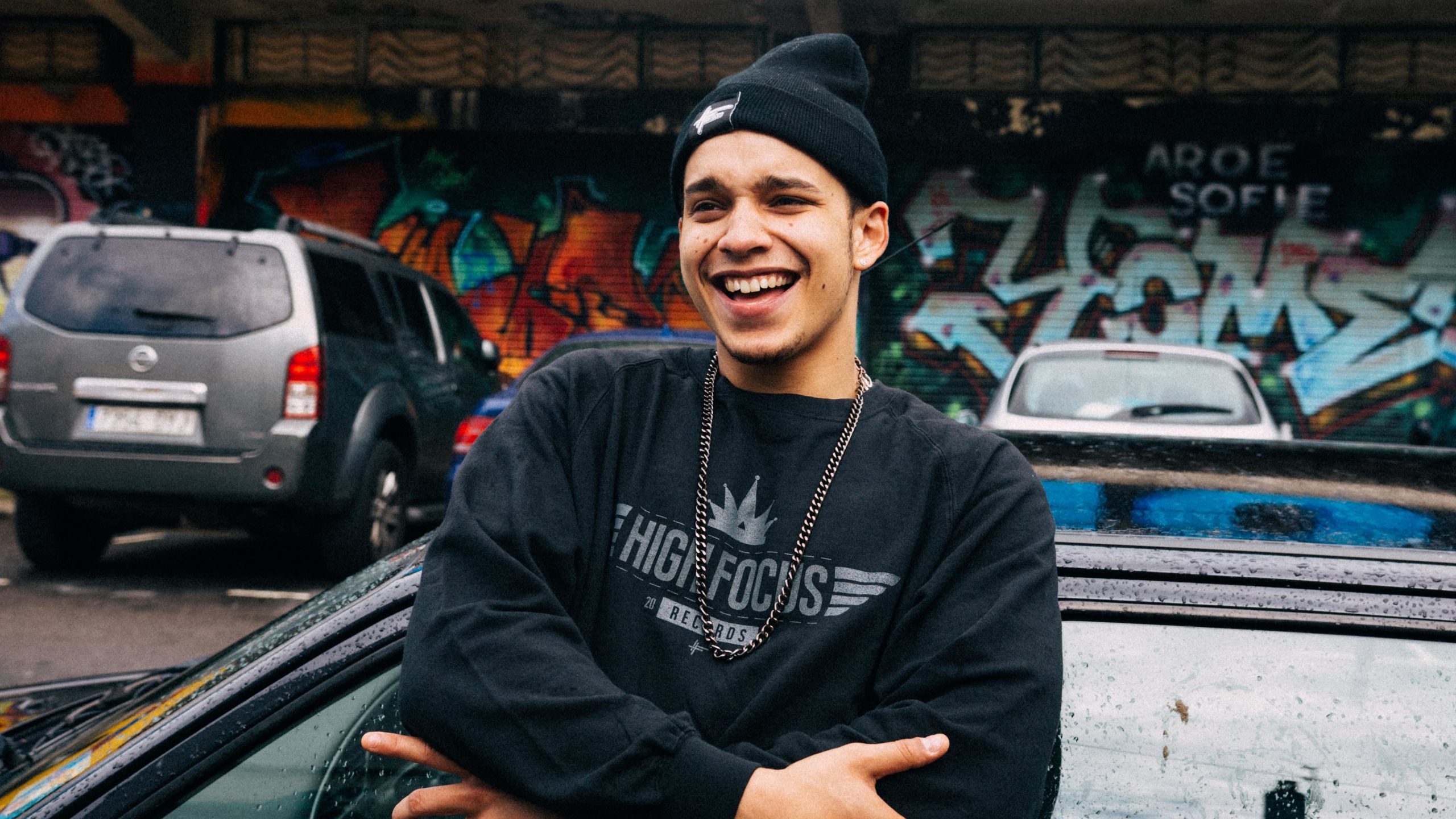 Stay Sane represents a pivotal moment in Ocean Wisdom‘s career as he employs his prolific wit and mind-shattering vocal prowess with a newfound solemnity.

I first discovered Ocean Wisdom some time last year, when a good friend of mine sent me his sophomore album, Wizville, with the preface that I would appreciate his outrageous flow. I also recall reading something somewhere on the internet, which read along the lines of ‘this guy flows faster than Eminem‘, which at the time struck me as perhaps a click-bait style marketing ploy, but it did carry with it a certain level of intrigue – one that I would soon find more than satisfied.

Truthfully this guy spits faster than anything with a pulse, delivering vitriol in skewed, peculiar cadences that defy containment and deny imitation. I dare you to listen to “Eye Contact” or “Don” and tell me you’ve heard someone with lungs of such outrageous endurance. Far from his only trick though, his unrivalled flow is matched by his witty, self-aware lyricism and varied, old-school transatlantic beats. To add to that, features from legends Dizzee Rascal, Roots Manuva, Method Man, and more stand as proof of Wisdom‘s standing in the UK underground.

Stay Sane appropriately comes at a time of mass mental affliction. In Wisdom‘s own words, ‘This album is called Stay Sane and I made it to help myself cope after losses and tribulations. I hope it can help other people to heal and relax’. Straight off the bat, it’s clear that this album is another evolution for Camden’s fastest. Trap beats are way more prominent than before, as are delicate sung passages and melancholic chord sequences, and his flows have generally decelerated, allowing his more solemn and retrospective lyricism to land with greater poignancy and impact – though there are still some moments of vocal madness here and there. But on the whole, where Chaos 93 was raw and gritty, a moderate contrast to the polished and modernised follow-up, Wizville. Stay Sane pushes that envelope further still.

Musically, it’s a much more subdued experience in comparison to the often sinister, abrasive beats of his past works, and I think it’s a clear reflection of the lyrical intimacy and politically charged content of Stay Sane compared to its predecessors. It’s much easier to engage with Wisdom’s deeply personal lyrics when you’re not struggling to keep pace with his rapid delivery. I guess I was a little concerned going into this album that it would lack that killer edge he so routinely displayed previously, but truthfully it should come as no surprise that his evolution has led him to this point. And if anything, Stay Sane has revealed a completely new side to Wisdom; ultimately it’s one I welcome. Don’t get me wrong, his flows and rhythms are still technically impressive, but the effect of restraint and sombre atmospheres opens up the doors to a much stronger emotional connection.

Listening to the soulful “Uneven Lines” – which features some incredible chemistry between Wisdom and Maverick Sabre – I was floored by the visceral impact of the poignant vignette of decaying relationships and emotional growth. ‘Can’t understand how you’re feeling/I try to relate but our lives too uneven, chill/I just need some more time for more healing/If you wait for me I’ll come back more appealing, swear’. I can’t remember the last time I connected with a song and its lyrics with such dedication as this.

Then on the lyrically colourful “Drilly Rucksack”, a softly spoken Wisdom decries the UK’s institutional racism and police barbarity. His delicate, almost childlike delivery, in contrast to its violent imagery, deftly shines a light on the country’s extensive systemic bigotry. The same goes for tracks like “Racists” and “Can’t Breathe Either”, which discuss the everyday racism and hypocrisy of UK institutions in which he spits with an anger that carries the kind of charge and solemnity to engage in a way that, for the most part, his previous work wasn’t able to.

I will always have a great love and appreciation for the frankly ridiculous talent he showed on past albums, but this new string he’s added to his bow has fallen into place at just the right stage in his career, and it’s a change that I’m excited to see develop even further in the future.

I think it’s fair to say that Stay Sane is an emotionally challenging product of its time. In an era when the world seems to be spiralling rapidly out of control, staying sane has never been more important. When the UK’s horrific colonial past and modern deficiencies are being brought to task like never before, and mental health is at last being given greater attention, it’s young black voices like Ocean Wisdom that are providing the rallying cries.