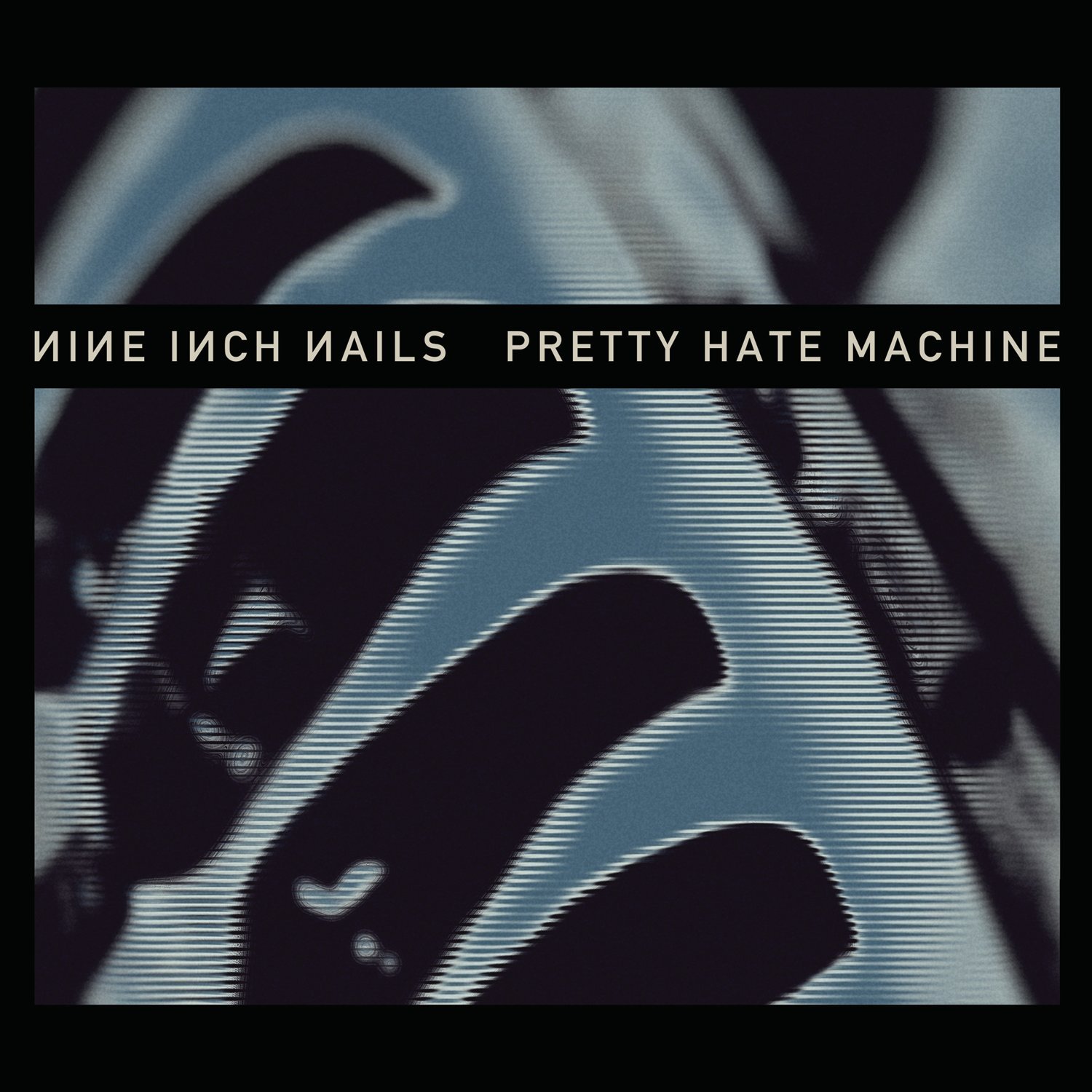 Once in a blue moon, a new artist comes along and changes the course of (alternative) music, and with their début outing no less. One such release saw the light of day on October 20, 1989, almost 32 years ago; I’m fairly certain that neither the album itself nor the artist that birthed it need any formal introduction at this point. I’m talking, of course, about Pretty Hate Machine, the revolutionary industrial rock opus of Trent Reznor’s Nine Inch Nails project.

For over two decades now, Reznor has shaped and challenged alike not only the aesthetic possibilities of what the intersection of rock and electronic music can look like, but also the way we interact with the music (and other media) we consume and the artists we love. This alone would be enough to cement his legacy, but that’s for a different article, perhaps; today, we (read: my esteemed colleague and EIN Editor-in-chief David) are going to look at the wonderfully mangled, twisted piece of music that started it all.

I know what you’re thinking. Me, alone, in an ASIR feature to talk about an album. ‘Damn, this is gonna be long as fuck’ – that’s you, maybe. Well, while I love this album, rest assured my knowledge and history with it )and industrial rock as a whole) are much, much less than that of hip-hop or most metal. So, you can put that water bottle you were going to piss into away and call off that food delivery order, because this won’t take up much of your time. Actually, keep that food order – you need to eat.

Still, Pretty Hate Machine was quite integral to the music fan I am today, even if I didn’t know it at the time. Once again, when it comes to this album, I have my local rock radio to thank, who played about half of this album’s track quite frequently. “Head Like A Hole”, “Something I Can Never Have”, “Down In It”, “Terrible Lie”, and “That’s What I Get” all sunk into my subconscious to varying degrees and prepared me for an interest in industrial elements. Nine Inch Nails, and their Pretty Hate Machine, were the things that prepared me to like the great and inimitable Rammstein in my teens, Turmion Kätilöt later in life, and more contemporary bands like HEALTH, Fange, Street Sects, and Youth Code. I’m sure all those bands, to some degree, feel the same way.

Pretty Hate Machine was a bit of an antithesis to what I knew bands and music to be at the time, and by ‘at the time’ I mean the late ‘90s when I was hearing these songs most frequently. Here’s a record that was made almost entirely by Trent Reznor, frontman for the band since… forever. No traditional band format with a guitarist, drummer, bassist, maybe a keyboardist, and a singer; just one dude, though with an army of engineers, mixers, and other producers to assist in its polishing to a metallic sheen, only to be corroded by Reznor’s own caustic lyrical attitude.

As I got into my teens and started to explore more musical avenues on my own, I’d hear NIN a lot less than before, but when I did, a resonation within it awakened because I was angsty and hormonal, much like Reznor himself when he made it. Though he was in his mid-20s at the time of release, the air of light nihility, betrayal, and rawness really lent itself to the teenage wasteland suburbia proved to be for me and countless others, even years later.

“Something I Can Never Have” was an anthem for our misguided, friendzone-entrenched escapades, chasing people that wouldn’t love us back. Its demure and downtrodden approach to the lovesick ballad felt void-like, emulating the holes in our hearts we swore were there because our high school crush didn’t like us back.

Melodrama builds a nest and takes up home in much of Pretty Hate Machine. Album closer “Ringfinger” is rife with conflicting imagery of dedication and desire toward a lover, set to synth-heavy production that’s mechanically flirty, twinkling, and suggestively rhythmic.

‘Well, you just leave me nailed here
Hanging like Jesus on this cross
I’m just dying for your sins
And aiding to the cause’

Or, hell, the second verse in “Something I Can Never Have” has one of the most offending lines of the whole album: ‘Grey would be the color if I had a heart’. While cringe-inducing by today’s standards, a reading through lenses of someone more emotionally-driven and less developed shows someone that gets it, for better or worse.

Reznor’s caustic attitude I mentioned earlier really made this album what it is. Rebellious and human, set up as a foil to the deep and cold industrial instrumentation, the combination made it one of the defining pieces of music of the ‘90s alternative scene, thanks in no small part to stellar singles that set NIN on a path to mass success.

“Head Like A Hole”, a song that was written last minute as a ‘throwaway’, became one of the band’s most defining hits with a ripper of a defiant chorus – ‘Head like a hole, black as your soul/ I’d rather die than give you control’. Creating an outlet, Reznor likened it to ‘yelling at a beast without putting a face to it’, again harkening back to our adolescence where many of our problems seemed faceless and all that mattered was the purge of emotion. Distorted guitars, snappy drums, and ceaseless synths made it a crowd pleaser, as liable to pull people on the alt-club dance floors as it is to make them headbang in solitude.

On pretty much any front, this wasn’t a clean album. It dedicates its atmosphere to retrofuturist grit, distilling human pain through a ‘90s contemporary sci-fi filter. The industrial foundation with chrome walls gives way to angular, jagged edges: the feeling in Reznor’s versatile voice. Insular existence is kind of the name of the game with tracks like “Terrible Lie” and “Sanctified” that exemplify loneliness and pushing others away due to betrayal or obsession (though the latter is also an allegory to hardcore drug use per Reznor, something he struggled with from the mid-’90s to early aughts).

Despite this, it’s also an incredibly longing album, rushing to devote to the idea of togetherness with someone, ready to give up one’s soul or flesh for the promise of love only for the loss of one’s self in pursuit of that or the dissolution of that love with nothing to gain in the end to be the downfall of us all. In a simple phrase, it was horny and sad, as were most of us from 13 to… well… I’ll let you know when it ceases, as it seems most of my generation is defined by those two base feelings perpetually.

In the end, Pretty Hate Machine is an apt descriptor for an album such as this. Though even Reznor found much of this album immature just two years after releasing it, it was a snapshot of himself at the time, and one that retains its timelessness the more people find something worthy within its hollowed, empty halls of unfeeling mechanizations building tense rhythms and succulent melodies vibrating within the walls. I maintain that the ‘90s, for what I experienced myself and learn of retrospectively, were a weird-ass time, and it was bands like Nine Inch Nails that helped create a soundtrack to either latch onto for comfort or lean into the weirdness with.

Nowadays, you can find Reznor and pals any-damn-where; soundtracking the story trailer of a video game that was pretty all right, in the framework of one of last decade’s biggest hits (shout to Lil Nas X, I love that dude) or scoring hella films, even some modern Disney darlings. Trent Reznor’s one of the most respected modern musicians, impressing upon past legends and contemporaries that would start their own musical journey after Nine Inch Nails did, all because of this album. We all have to start somewhere – it just so happens he did with one of the most resonating and important debut albums of our time.