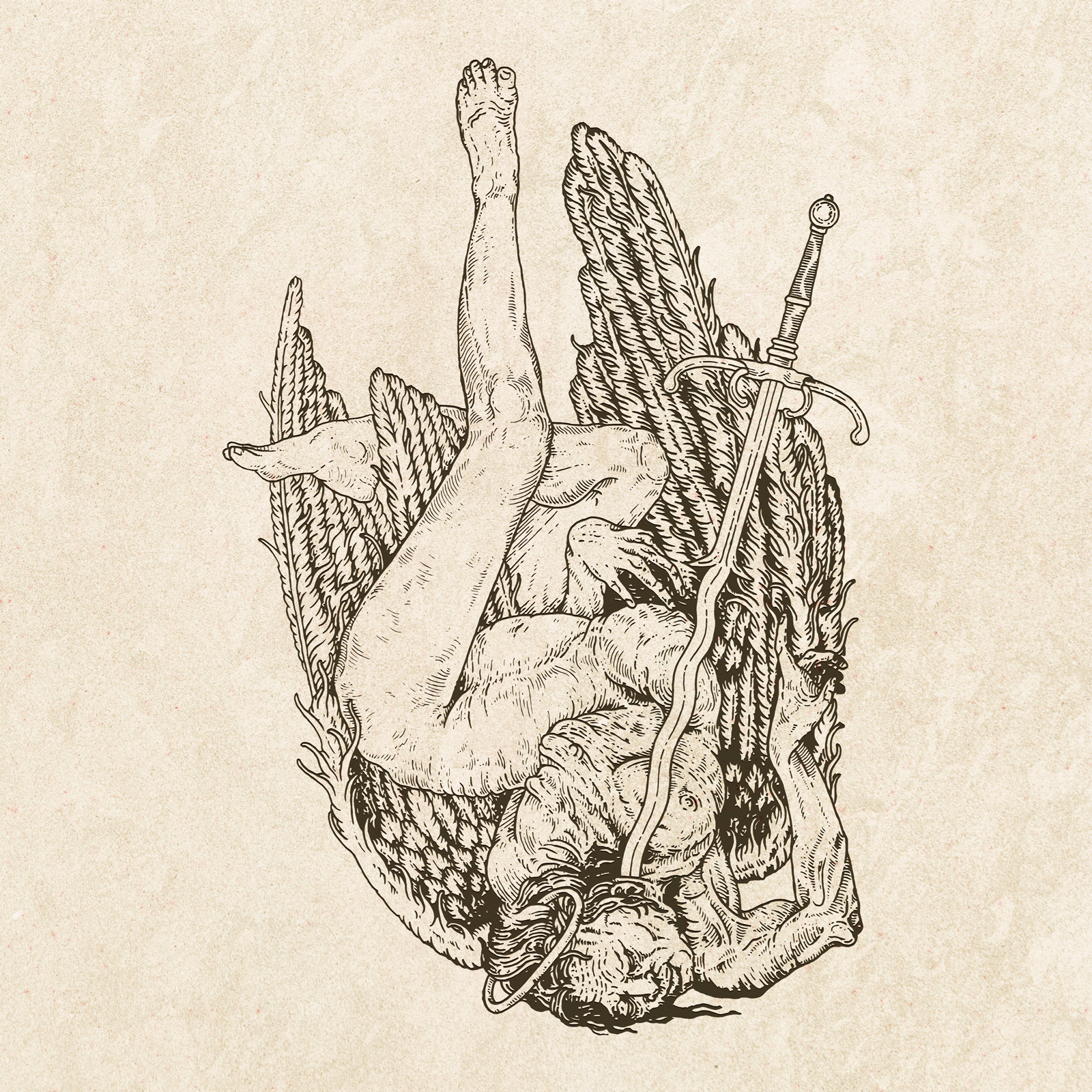 Sermon of Flames – “I Have Seen the Light, and It Was Repulsive”

By Jake WaltersSeptember 2, 2021 No Comments

With a fine-tuned approach and singular vision, Sermon of Flames have crafted a dizzying, nihilistic album that will entice and destroy all that listen.

There’s surprise, and then there’s confirmation. Whenever I press play on a record, it’s usually one or the other. When it comes to albums from the legendary label that is I, Voidhanger, the response is almost always positive, but I’m either surprised by just how good it is or just lean back into a nice comfy confirmation that the music is indeed awesome. With Sermon of Flames, I knew that I’d find quality, but as is often the case with acts on this label, I wasn’t quite sure of what exactly I was getting myself into. This Irish duo plays ‘blackened death metal incorporating harsh noise and death industrial sounds‘, and while that’s a succinct descriptor, as with most of these, it hardly tells the tale. I Have Seen The Light, And It Was Repulsive is a chaotic but cohesive pummeling that is some of the most nihilistic and consuming metal records I have heard this year.

With an album titled as such, you expect a certain tone to be front and center, and in that regard, Sermon of Flames doesn’t disappoint. This is a bleak and harrowing record that very quickly drains the listener of hope with only dread left to fill the void. “To Behead One’s Desire” very quickly shares the overall sentiment of the album and contains the lyrics from which the album draws its name:

‘I have seen his face, and felt the warmth of his words
Felt the light of his touch, caress my very being
I have seen the light, and it was repulsive‘

It’s quite often that there’s some thematic dissonance and disharmony between the lyrics and sonic palette of albums in the more extreme subgenres of metal. Catchy riffs belie the gruesome tales being told and gazey black metal wretches forth beautiful curses. Sermon of Flames eschews that approach and ensures that each word spoken is just as ferocious as the disorienting noise and debilitating riffs. Tracks such as “G.O.D” aka “Gift of Denial” utilize chasmic vocals and throbbing, pulsing industrial beats that shape an utterly oppressive atmosphere all while the voice cutting through the din echoes ‘Gift of denial, carved upon the flesh/Gift of denial, for those with nothing left/Gift of denial, bitter memories/Gift of denial, death won’t set you free.’ There’s some deeply anti-religious sentiment going on here, and whether or not that is a personal belief system of the duo or more of a cultural rebellion of the established religion in Ireland, who can say. What I can say, however, is that if their message is defiance they’ve chosen one hell of a delivery vehicle.

One of the masterstrokes of …And It Was Repulsive is its pacing. These songs are intense but don’t stick around too long, with “Vehemence” being the most lengthy at over six minutes. Most tracks average out to three minutes, and that lets the album move at a pace that makes this a hellscape one can reasonably manage. I found myself surprised each time the album ended, and it always left me wanting more. Which for a set of songs this intense is quite a feat. There are so many layers to be peeled back and trepidatiously observed, it’s an enticing and intoxicating listen. Utterly terrifying and profoundly alluring, it’s unlike anything else I’ve heard this year.

I Have Seen The Light, And It Was Repulsive is a rare occurrence where the lyrical content, tone, instrumentation, production, and literally every element (aside from maybe the album cover) are in perfect alignment. It’s a cohesive package that is terrifyingly enriching. Each track is the precise length that it needs to be to get the point across and then moves on without overstaying its welcome or ending the torment too quickly. The dynamics are still in play however with moments of reprieve coming in fascinating ways. The instrumental interlude “Mephitic Seraph” is a small but much-needed breath, and tracks like “Vehemence” find ways to give comfort by supplying a small groove riff that gives you more to grip while still dangling you over the pit of hell itself.

In my opinion, this has been a greater-than-average year for extreme metal, and while there’s no shortage for top dogs in the pack of albums released so far, it’s albums like this that have a chance at landing on my personal favorites list. I’m not sure how Sermon of Flames pulled off being so abrasive but so listenable at the same time. That combination puts I Have Seen The Light, And It Was Repulsive in a category that few others occupy, and while you can take my word for it, I implore you to take this journey through Hell.