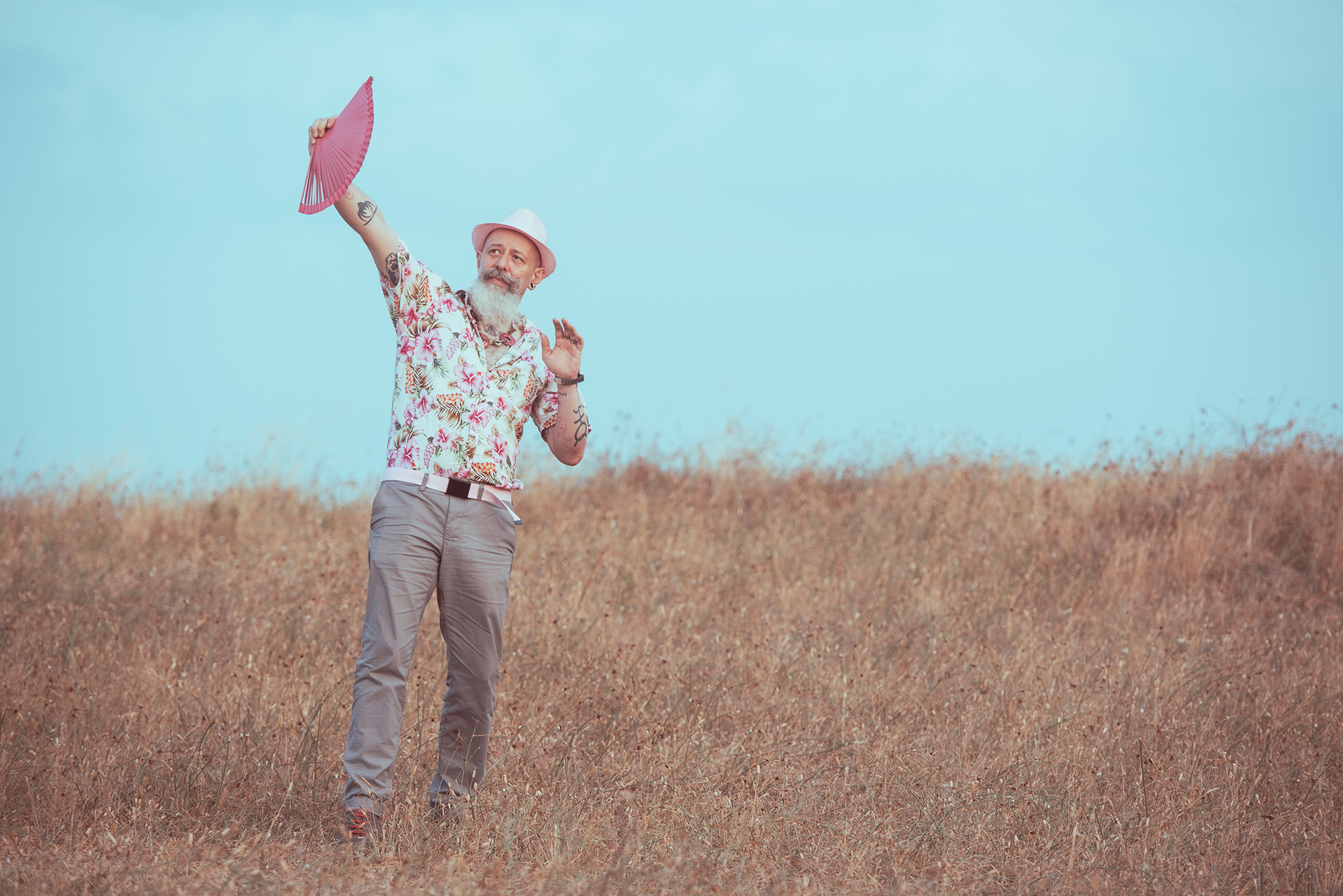 Explore “The Side Effects of Self Indulgence” with Italy’s ( r )

By David RodriguezSeptember 2, 2021 No Comments

Sometimes you just see some shit and it immediately strikes you as unique and fun. Such is the feeling I get from looking at our premiere for today from ( r ), project of Italian musician and producer Fabrizio Modonese Palumbo. He has an album coming out on October 8 under the ( r ) name called Titan Arum. Billed as a ‘midlife bipolar‘ album, the release will be handled by Cheap Satanism and Delete Recordings.

In stark contrast to the premiere I wrote for yesterday, today’s will have some levity to it, but retain some of the sultry qualities from before. Everything Is Noise is proud to present you with the video for ( r )‘s new single, “The Side Effects of Self Indulgence”!

Wild, huh? I know after that, I needed a little explanation just to set myself straight and we happen to have some input from John Lee Bird who directed and created the video we just saw:

‘I entered my own lockdown in September 2019 with a spinal problem; pretty much been confined to the house ever since, so I needed to occupy the hours. I found a box of felt I’d been hoarding… I fancied doing a bit of sewing. It was time to reach out and turn to the artists that inspired and render a tribute, a fabric i-doll. I stitched daily. Each day immersing myself in albums by whichever artist I’d woken up in need of turning to. I have a LARGE music collection. I’m a fan. I’m a nerd. I stitched more. Non-stop. Over the course of the year, I completed 300 dolls. The video for Fabrizio’s track was made in one night, with lots of whisky. All the dolls came out to party‘

The song does seem to match up with the themes of the video with hypnotizing synths, breathy vocals, and a good tempo for dancing… maybe more? It’s rhythm-focused synthpop with just a dash of seduction – the tones ( r ) uses are warm and inviting, loosening you up for some fun, but also threaten to leave you dizzied from the festivities. Perhaps that’s one of the side-effects of self-indulgence the title refers to. A small price to pay, right?

If you were as enthralled as I was by this premiere, then you should follow ( r ) on Facebook. You can preorder Titan Arum here before it launches on October 8 via Cheap Satanism and Delete Recordings. Be sure to give video director John Lee Bird a visit to his website as well!