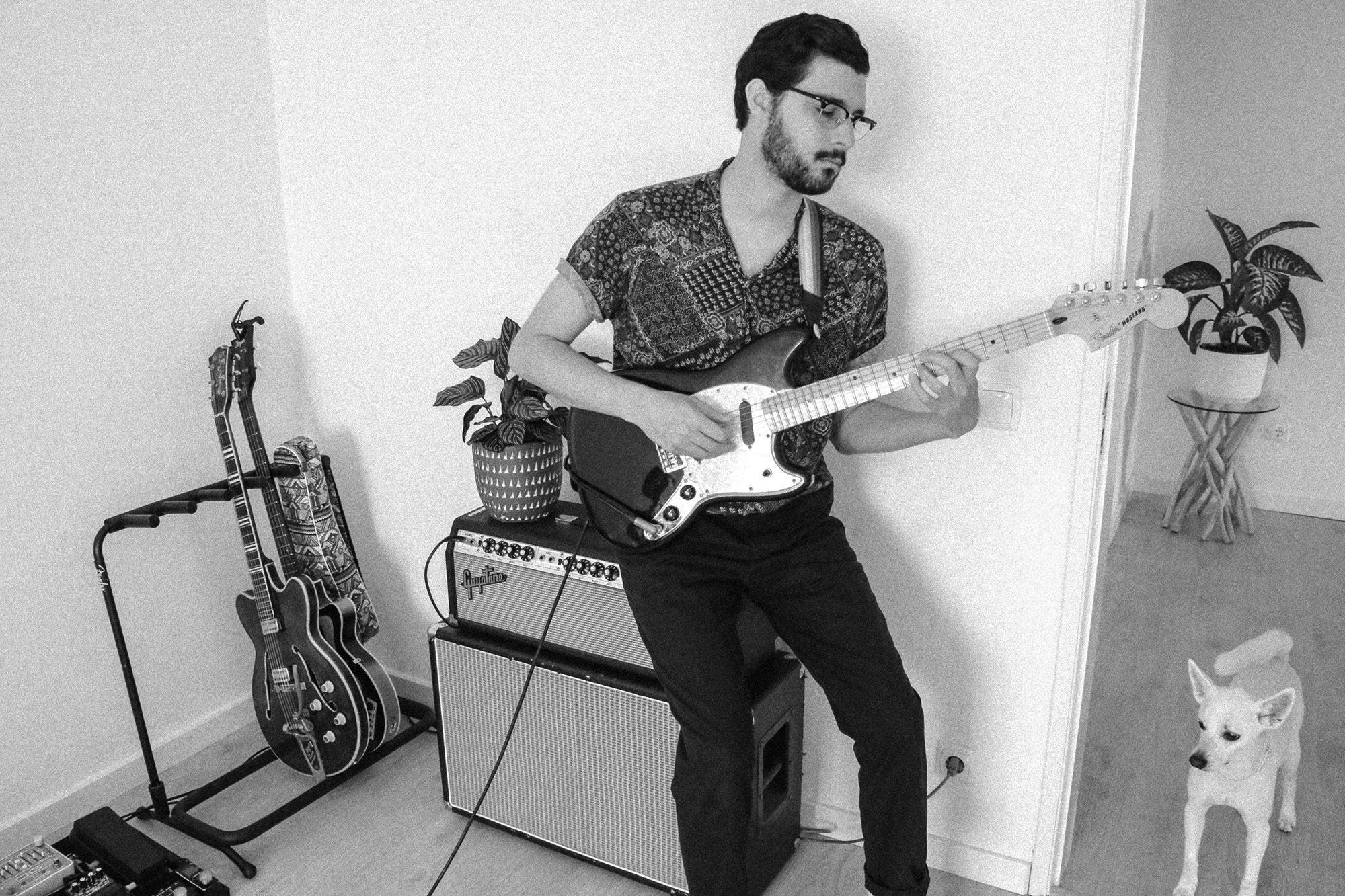 “Broke Again”? Let Not A Citizen Enrich Your Life With a Sprawling Single

By David RodriguezSeptember 1, 2021 No Comments

Life really has a tendency to grind you down. We all handle struggles differently and, some seriously self-destructive habits aside, there’s no real right or wrong way to push through. Whatever gets you on the other end of that dark tunnel, right? Just today, there was a frank discussion in our Everything Is Noise group chat about mental health and how we cope when things are hard. One of the common things that’s definitely worth pointing out is that we all are still here, and that’s a beautiful thing.

This is something I’m sure Cristóbal Jimenez Van Cauwelaert is familiar with. A London-based Chilean multi-instrumentalist and producer, his solo project Not A Citizen is looking to release its debut album 13189 on November 5 through Some Other Planet Records. Today, we have a great track and video from 13189 that touches on themes of being down, but not out. It’s called “Broke Again” and you can watch and listen to it right here:

The track has a very personal influence, courtesy of Cristóbal himself:

‘I wrote and recorded this song in London around 2017 when everything that could possibly go wrong, went wrong – from my health, work and money, to my living situation. I was living in a rodent-infested studio flat with my girlfriend. We had an awful landlord, and the flat had mould and leaky ceilings. Things weren’t going well at work. We had just enough money to survive in a big city like London, and then our flat was burgled and my guitar was stolen, among other things. I was living paycheck to paycheck, it was a very low point in my life. I felt trapped in this unhealthy lifestyle, so I translated that experience into this descending melody that I had been playing around with during a late night rehearsal with my band at the time.‘

He goes onto state that “Broke Again” as a title and lyric refers to being broke both financially and mentally, a dangerous position to be in as it can create a cyclical relationship where depression is fueled by lack of money, and the lack of money can then be fueled by the depression (unable to hold a job, etc.). It’s brutal, something the song does convey, though not in an overwhelming manner.

Not A Citizen has far-reaching influences, incorporating elements of jazz, indie, pop, and rock, all melded into a sprawling, moody song that, lyrics aside, could be taken as a smoky, mid-tempo jaunt – or maybe that’s just my predilection to sad music misinterpreting things. There’s a lightly dirtied guitar providing almost sultry melodies throughout, washed-out vocals to imitate those clouded thoughts you get when anxious and preoccupied, saxophone accenting key moments and really adding some texture to the mix, and the hip-hop-infused drums to give it all the kick it needs – literally.

The video is a wonderful complement. Directed by Topaz Leung, it shows actress Toby Kong traveling to work for a shift at a local Hong Kong restaurant before leaving, stripping herself of her apron and face mask, and letting her hair down. What follows isn’t exactly a liberating night on the town, but more of a pensive ramble through urban fixtures. Her eyes get lost among the city lights, hair tussled by the wind while on the road, and face searching for something never found within the duration of the video. It’s oddly relatable as an experience, killing time and seemingly feeling nothing to avoid the feeling the bad in your life, and the absence of color in the video, while an artsy decision, also speaks to that tone Not A Citizen was going for.

It’s clear the making of “Broke Again” was a cathartic, healing experience for Cristóbal, and we’re glad he made it to the other side like the rest of us have. If you enjoyed this track, and I know you did, you should check out Not A Citizen on Facebook, Instagram, and Twitter. Also swing by Some Other Planet Records‘ Bandcamp where 13189 is sure to launch on November 5!