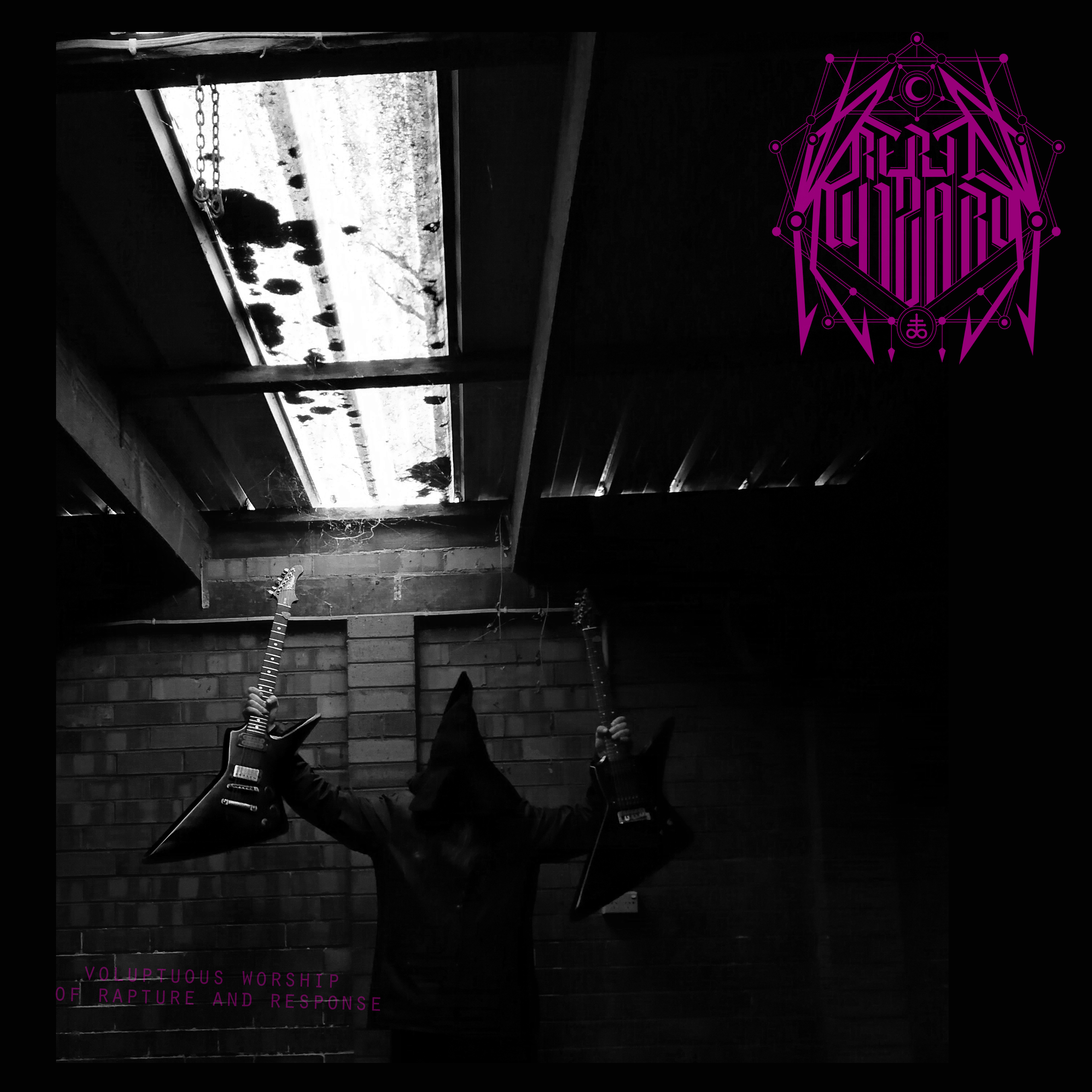 By David RodriguezAugust 13, 2018 No Comments

Rebel Wizard slays us with blackened magic and some nice moments of experimentation, but the act’s life seems to be seeping slowly out of its body.

Do you know what negative metal is? After listening to Rebel Wizard – purveyors of the artform – for a couple years, I’m still not quite sure. But I know it slays. Like, damn, this band has been around for only a couple years, but have managed to drop a handful of EPs and a couple full-lengths, one of them being Voluptuous Worship of Rapture and Response. It sounds like a post-rock album, but has a blackened rock or classic heavy metal feel at times. The one-man band from Australia puts together a compelling, ripping good time with some moments of experimentation, but I can sense the formula is weathering from use now.

Hmm… that album title though. I guess when it has songs with titles like “The Poor and Ridiculous Alchemy of Christ and Lucifer and Us All” and “Drunk on the Wizdom of Unicorn Semen”, anything goes, and your album title might be one of the more normal things around. Regardless, NKSV, the lone member of Rebel Wizard, is clearly having fun here. He’s eccentric, and I can get down with that. This album is somewhat of a thematic continuation of the band’s last EP, Great Addictions to Blindingly Dark, Worldly Life, which was released in February earlier this year. Similar spoken word sampling, similar tone, but with differences that play in the music’s favor on this album.

The first thing we hear is “Persisting As it Does”. It’s an acoustic guitar driven intro with nice aged tones and a slightly ominous atmosphere, like the first moments of a blue dawn sky in unfriendly territory. It’s good that the band saw it fit to experiment a bit by lightening their sound occasionally, because it breaks up the occasional monotony that a heavy album can have from going as hard and fast as possible for 40 minutes. “Mother Nature, Oh My Sweet Mistress, Showed Me the Other Worlds and It Was Just Fallacy” has rainy weather effects that are probably a dime a dozen among blackened music of this ilk, but still served the tone of the track well with a rainy intro and outro.

The vocals are what I can only really describe as violent whispering. They’re a shrill rasp, with masking effects and post-production it sounds like a malevolent, but restrained voice, calling from beyond. This fits the Rebel Wizard aesthetic nicely, and has for the years of the band’s tenure, but more variety would have been appreciated. What really makes the frenetic energy of this album work are the guitars. From Sabbathian melodies to blistering solo setpieces, they’re often the best parts of songs, driving them forward with ease. “The Poor and Ridiculous Alchemy of Christ and Lucifer and Us All” and “The Prophecy Came and It was Soaked in the Common Fools Forboding” stand out in particular. The soloing and riffing is varied and exploratory, in addition to being a shredder.

What you get here is nothing of great sophistication or innovation. I don’t think Rebel Wizard is trying to be anything but fun metal candy for the senses, with a slight experimental edge. For simplicity’s sake, this is perfectly fine! Sometimes the straightforward approach is best, and that’s not to discount the artistry and skill on display here. Quite the contrary, NKSV has a knack for it, and he’s able to create a fine mood for his music to emulate. For as much as the band releases material, though, I wonder how long this can continue without it becoming stale. Perhaps if the band leans harder into experimentation and elemental changes, they can give new life to future projects.

Rebel Wizard are prolific, no doubt. Time and again, they’ve churned out some compelling, moody work and Voluptuous Worship of Rapture and Response is no different. This is, perhaps, the most complete work yet, seeing as not only is it LP length for once, but it uses that extra space and time well, taking small chances with sound. If heavy negative wizard metal sounds like something you’d like, you’d be hard-pressed to find something better, though I do wish to see further change in the future.