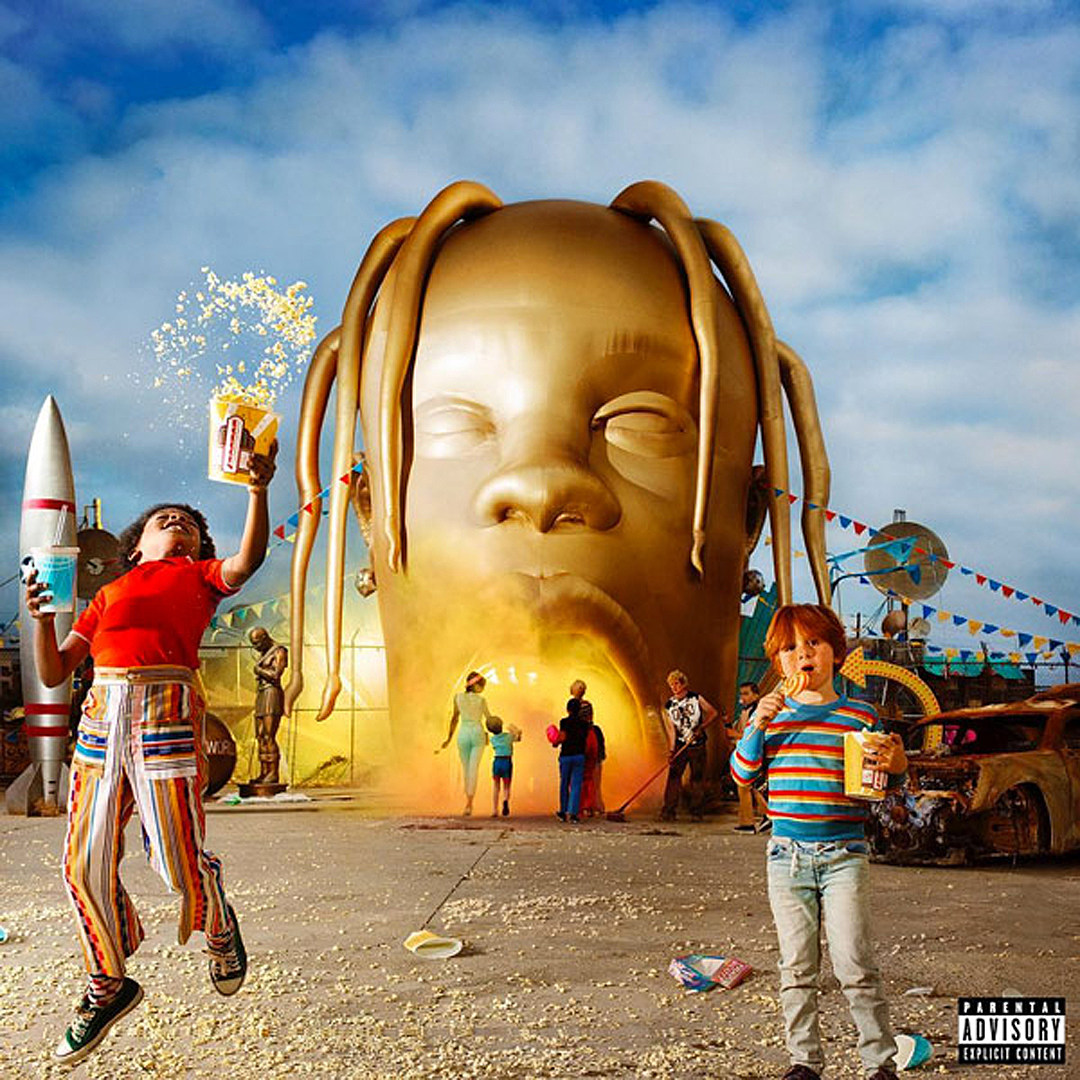 By David RodriguezAugust 12, 2018 No Comments

Travis Scott gets it.

The Houston rapper and singer is three albums and a couple mixtapes deep into his career. He’s quite sought after, collaborating with huge artists like Justin Bieber, Drake, and DJ Khaled. Scott‘s first album Rodeo was a critical darling, showing the artist’s affinity toward atmosphere friendly bangers that utilize trap music in ways that other artists didn’t. His second offering, Birds in the Trap Sing McKnight, was more of the same, but didn’t capitalize on his built-up momentum. Now, we see Scott‘s glorious return to the forefront of a sound that he helped establish with ASTROWORLD, a finely and meticulously crafted project, consisting of hard-hitting production and dreamy leanings that his fans have been wanting more of for quite some time.

This record exhibits the best that modern hip-hop has to offer: a grand marriage of stellar production, with compelling vocal performances and features. Sprinkle in some Texas swagger of levels unseen since UGK in their prime, and you got a recipe for a great time. Whether it’s the thumping bass, tittering hi-hats and gang vocals yelling ‘fuck the club up!‘ on “No Bystanders”, or the rumbling bass assist from Thundercat with Scott lamenting on life, there’s so much to like.

ASTROWORLD is named after a closed and torn down Six Flags theme park in Houston of the same name. Much like its namesake, this record is a sensory experience that caters to a would-be park goer, in search of zoned-out entertainment and the occasional oddity. “Stop Trying to Play God” features ghostly harmonica from Stevie Wonder. It pierces the mix, though faded and with reverb as if called forth from another realm. The whole song already has a foggy, dreamy presence, and this just adds to it. “Carousel” has a head rush of a beat, sounding like attraction music at a carnival, with shrill keyboards in the back of the mix. Frank Ocean sings on the track and sets the stage for the journey the record has in store:

‘Brand new, brand new
This new place I got to
New world, new sky
That’s so blue, it’s black, too’

Of course, this being a return to form, we get a whole inventory of fierce slappers in the tracklist, some of which are the best in the artist’s catalog. A liberal use of autotune in “Can’t Say” contrasts with – or perhaps accentuates –  the brash and crude lyrics of both Travis Scott and featured singer Don Toliver, also from Houston. A celebration of pleasure, it’s a club-ready banger. “Who? What!” exhibits similar tendencies and has trap culture lords Quavo (who, together with Scott, make up the duo Huncho Jack) and Takeoff of Migos ad-libbing around Travis‘ verses, in addition to dropping some bars of their own.

So many songs are multifaceted and have a lot going on. Often, I’d think a track ended and a new one started, but it was just a slick beat change. “Sicko Mode” has three distinct, abrupt beat changes with a hearty, warbling bass midsection that’s the grooviest part on the album. Scott‘s flow glides on the beat so well, you can’t help but nod and rap along. ‘Was off the Remy, had to Papoose‘ was a nice double entendre that got a chuckle out of me. The first and third sections contain more sparse production, and are largely Drake affairs. The Toronto rapper and crooner provides a good amount of rags-to-riches bars that we’ve heard before in different words, but the production is so good, it made me not really care (no small feat because I think Drake is super overrated). This is the best song on the record, and was on repeat for quite a while during my listening sessions. To quote Feefo of Dead End Hip Hop, it bumps in the whip.

I would be doing a disservice to our tenets here at EIN and our community if I didn’t take a minute to mention an important issue that, unfortunately, looms over ASTROWORLD. Famed trans icon and model Amanda Lepore was on the original NSFW ‘Night’ variant of the album’s cover, but was apparently removed by the original photographer and artist for the cover art, David LaChapelle. The reason, he said, was because Lepore upstaged everyone else which is, uh… quite an explanation (LaChapelle himself is gay, so one would hope he would carry sympathies with the LGBTQIA+ community). Lepore accepted his explanation, seemingly dismissing any potential bad blood between her, LaChapelle, and Scott, saying on her Instagram, ‘I love @david_lachapelle and @travisscott! Love and kisses’. With the trans community still struggling to secure positive representation in media to this day, it’s unfortunate that events unfolded this way, but responsibility has been claimed and Scott himself, apparently, had nothing to do with the art’s editing. He has since tweeted about the situation firmly, voicing support for the LGBTQIA+ community.

If you think that was a lot to cover, just imagine what I didn’t talk about! There are 17 tracks here clocking in just shy of an hour at 58 minutes, which is a tad long. While I’m sure a couple songs could have been cut for a tighter listen, ASTROWORLD is a back-to-basics formula expanded on with more musical progression than I think anyone would expect. Sorry for doubting, Travis. This record is a crowdpleaser made to nod your head to, dance to, or simply lay back and vibe to its often hazy landscapes, punctuated by trap drums and flavored by solid features. Another top offering from hip-hop in 2018.