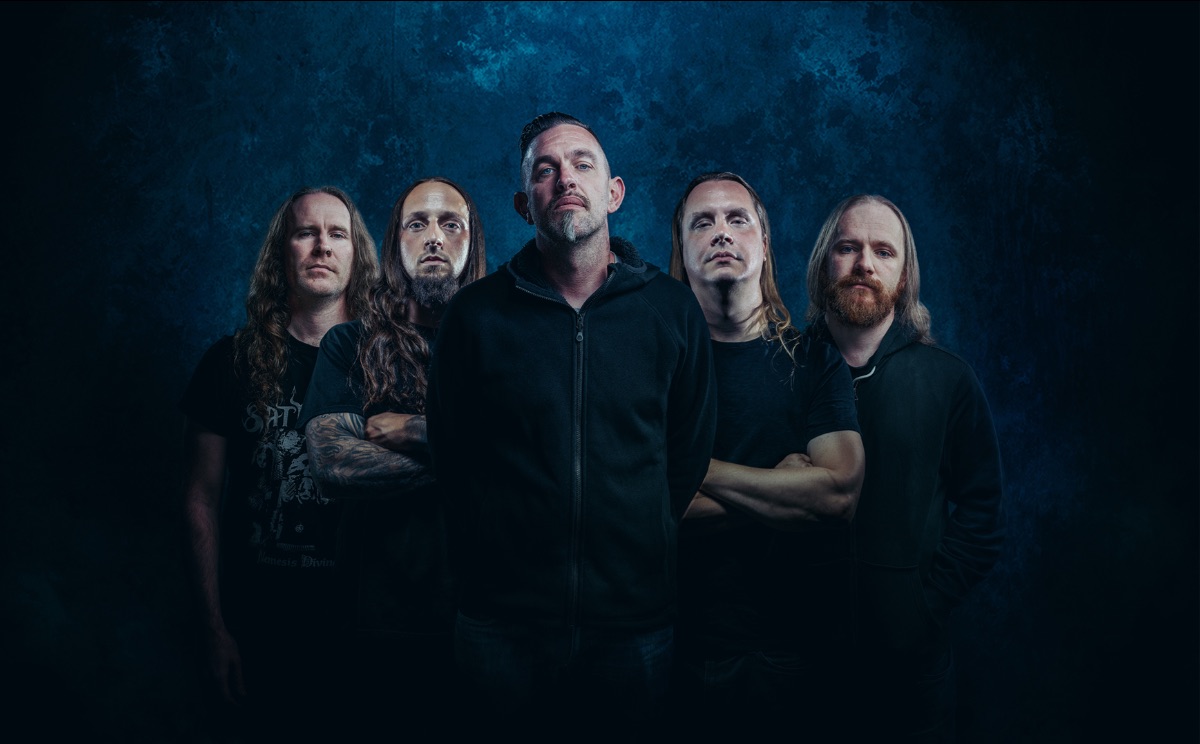 By David RodriguezAugust 3, 2022 No Comments

AUTHOR’S NOTE: Hours after this review was published, it was brought to my attention that I had called the album reviewed here ‘Divine Counsel’ throughout the article instead of the correct title, Divine Council. Heaviest apologies to Psycroptic and Prosthetic Records for the error, and to our readers who I’m sure expect better of us, just as I expect better of myself in my work. Onward!

Psycroptic make what I like to call ‘guitar playthrough metal’. It’s technical, fast, and, as is the case here, full of memorable and great writing. You hear it and go ‘damn, I’d love to see this shit played live‘ – then you do, and the music doesn’t lose any of its magic just because you know how it’s made, or that its players are, seemingly, mortal after all. Music like this is a testament to human resolve and ability, but some of us seek assistance from higher powers to bolster our chances in this realm.

Divine Council is the eighth damn album from these Tasmanian tech devils, and you can’t really tell; it has all the vigor and hungry energy you’d expect from a band half their age. Then again, perhaps music of this sort of precision could only come from artists as seasoned and astute as them. No matter what you subscribe to, it’s irrelevant to the reality of the riffs, which are more surgical than a middle-aged Hollywood socialite.

You’ve heard the singles, right? If not *gestures above and below*. Lots of good fodder there, and I’m happy to say that not all of the good stuff was frontloaded in those pre-release tracks. You can safely enjoy the ripping attitude of “Rend Asunder” and know that more bisection is freely available on deeper cuts like “Enslavement” and “Ashes of Our Empire”. The themes drip with apocalyptic prophecy, an I-told-you-so haranguing at the hubris of humans with closed ears and open mouths, always quick to denounce the grim truth of pretty much any situation. Much like As the Kingdom Drowns, which I loved, this whole album is just action-packed with set pieces of colossal proportions, much like the clay-colored giant drowning his own head in desperation on the cover. And yet, recency bias be damned, I can’t help but feel that Divine Council outclasses it.

Psycroptic don’t do anything here that you haven’t heard already, but much like how my pal Eeli felt with fellow tech-death darlings Archspire and their last album, it’s just so well done that admiration is all but guaranteed for those of us predisposed to like this swirling mile-a-minute music. You expect good guitar work, you get it – and then some. You anticipate memorable hooks and melodies, you receive them – along with bonuses.

As such, each song hits hard and in its own way. Each one is anywhere from three to five minutes long, so not much deviation, but it’s consistent and also shows a band not overstuffing one track with too much or emaciating them. “The Shadowed World” is the shortest at 3:05, and it doesn’t waste a single second. It’s quick, menacing, and calculated so precisely, I wouldn’t be surprised if Psycroptic announced a Texas Instruments sponsorship in the coming days. “The Prophet’s Council” is the album’s slower starter and longest track – complete with folkish, almost flamenco-style introduction – and it really earns the angular playground it dwells in with a well-crafted build-up, like climbing Mt. Olympus to the gods’ summit itself, where thunder crashes along with the feet of immortal beings.

Having been a fan since the band’s self-titled album in 2015, and generally wading in tech-death’s crowded waters for years since and prior, it can be hard to tell what true progression is. How do you even measure it in such a specialized, complex field? Speed? Notes per second? Records sold? Quantifiable metrics may help you in a science fair, but with music, there’s always a sense of subjectivity to it. Objectivity alone does not exist, and anyone saying otherwise is either lying or too hung up on said metrics. So, really, it all comes down to if the music itself is enjoyable. Does it subvert expectations in admirable ways? Even if safe, does it employ all the tropes, and/or employ them well enough to result in a compelling piece of work, one capable of holding your attention and shining above the rest as lesser ones claw at the heels of greatness? If you can answer yes to at least most of those prompts, I’d say you have a pretty good album on your hands, and Psycroptic know just how to craft such a thing.

Divine Council is a cool title because, as the songs lament the state of being humankind has gotten ourselves into, a divine council is just about the only thing that could save us at this point. We don’t listen to our fellow man – maybe someone shrouded in light, empyrean in nature, would be the tipping point to actual change and deliberate action to build a better world. Psycroptic choose not to envision that ending, as the cataclysm of crumbled earth and fallen empires suits their speedy, sensible excess just fine, each guitar strum a volley of fire eroding the structural integrity of the bulwarks of man, every drum strike a deep pulsing of the ground giving way under us. This is aural destruction on a great scale, just how you like it, and just what this band is exceedingly capable of.