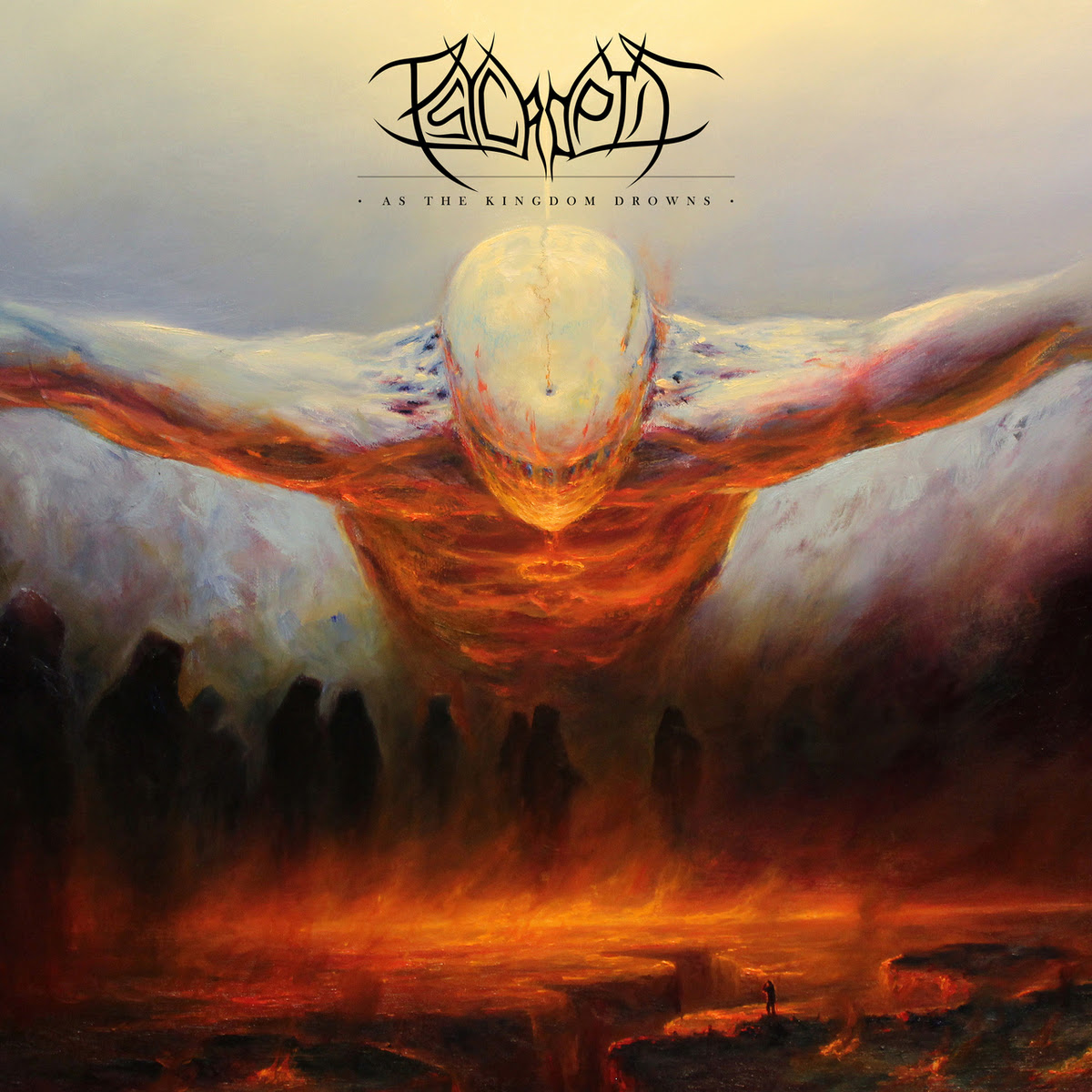 Psycroptic – “As the Kingdom Drowns”

By David RodriguezNovember 5, 2018 No Comments

Psycroptic swing back harder than ever with As the Kingdom Drowns, a buffet of riffs and technical prowess that is easily among their best work yet.

Tasmanian tech death metal monsters Psycroptic are back and ready to wage war against your ears. Ever since releasing their self-titled album back in 2015, I’ve always wondered where the band would go from thereת seeing as their output at that point, while pretty great, was starting to show signs of erosion. The three years between projects have seen them regroup, recollect and push out the whole of their creative energy and artistry in the form of As the Kingdom Drowns, and I am floored by the result.

Hey, I know what the eponymous kingdom in the album title drowned in: riffs. Wow, there’s a lot of good guitar work here. I’ve listened to a fair amount of technical death metal this year – even took a break from listening to this very album to re-listen to stuff from a few months ago, and check out bigger releases that I hadn’t yet. I did it all in order to justify saying the following: this album is at least neck and neck with the best this year has to offer. It calls to, perhaps even challenges, the best tech death in the last few years. I mean, listen to this!

From the cataclysmic riffing that opens up “We Were the Keepers” to the final layered guitar passages on “You Belong Here, Below”, this album hardly ever lets up. It’s just one technical showcase after another. Guitars get the spotlight as is routine for good tech metal, but drums keep up just fine with inhuman speeds and mechanized precision, utilizing a variety of speedy techniques like cymbal bell strikes for accentuation purposes. Vocals are sharp, cutting swaths of space in the mix as if trying to make room for the robust instrumentation. A couple times, you’ll hear empowering backing vocals that bring a track’s energy to the next level.

What isn’t great on this album would make for a much shorter list (like, nonexistent) than what is great. Where do I start? “Frozen Gaze”, that’s where. This song blew me away at first, starting out mid-paced, but quickly molding into a groove-intense melody where literally every performer gives their all. “Directive” does this too, but stays pretty mid-paced throughout, which makes for some great groove as well. You have Psycroptic‘s superior writing to thank for all of this.

As tight as all the performances are, it really does come down to composition, progression, and how these wonderful tracks were mapped out. The title track is phenomenally structured in this regard, evoking thoughts of Black Crown Initiate (for me, one of the highest tech death compliments I can muster). The band holds stark command over changes in speed, knowing exactly when to pull back to let songs breathe, and then to push forward with an onslaught of melody and rhythm.

I can’t forget to mention “Upon These Stones”, one of the only atmospheric records on As the Kingdom Drowns and it’s executed so well, I actually wish there was more of it. A clean, acoustic intro with quickly patterned drums rolls into a fierce pummeler of a song. Like “Directive” and the title track, it smartly uses a mastery of speed variances to hit harder than any other track on the album – it can’t all be sonic speed, right?

I joked with my fellow writers here at EIN that I was concerned my review for this album would just amount to me showing off each song’s great riffs in a manner similar to Charlie’s Pepe Silvia rant on It’s Always Sunny in Philadelphia. And, sure, I guess I did a little of that with less chain smoking and coffee consumption, but it really speaks to the greatness that Psycroptic have imbued this album with. They make it easy for a passionate music fan such as myself to get really excited over their output because they are just that good. Wonderful sense of writing, savage melodies, not overplaying any one element of their music, and expertly-honed technical performances.

Maybe it goes without saying, but As the Kingdom Drowns is a tech death highlight. I hear the echoes of past tech death legends that have since fallen far, far from grace, and I also hear a great band hitting their own stride yet again. Any genre fan worth their salt, and anyone looking for an immense amount of groove and catchy music with a predisposition to heavy tunes, needs to hear this album. Just bring a pair of arm floaties or one of those cool rideable animal ones so you, too, can stay afloat among the flood of riffs.