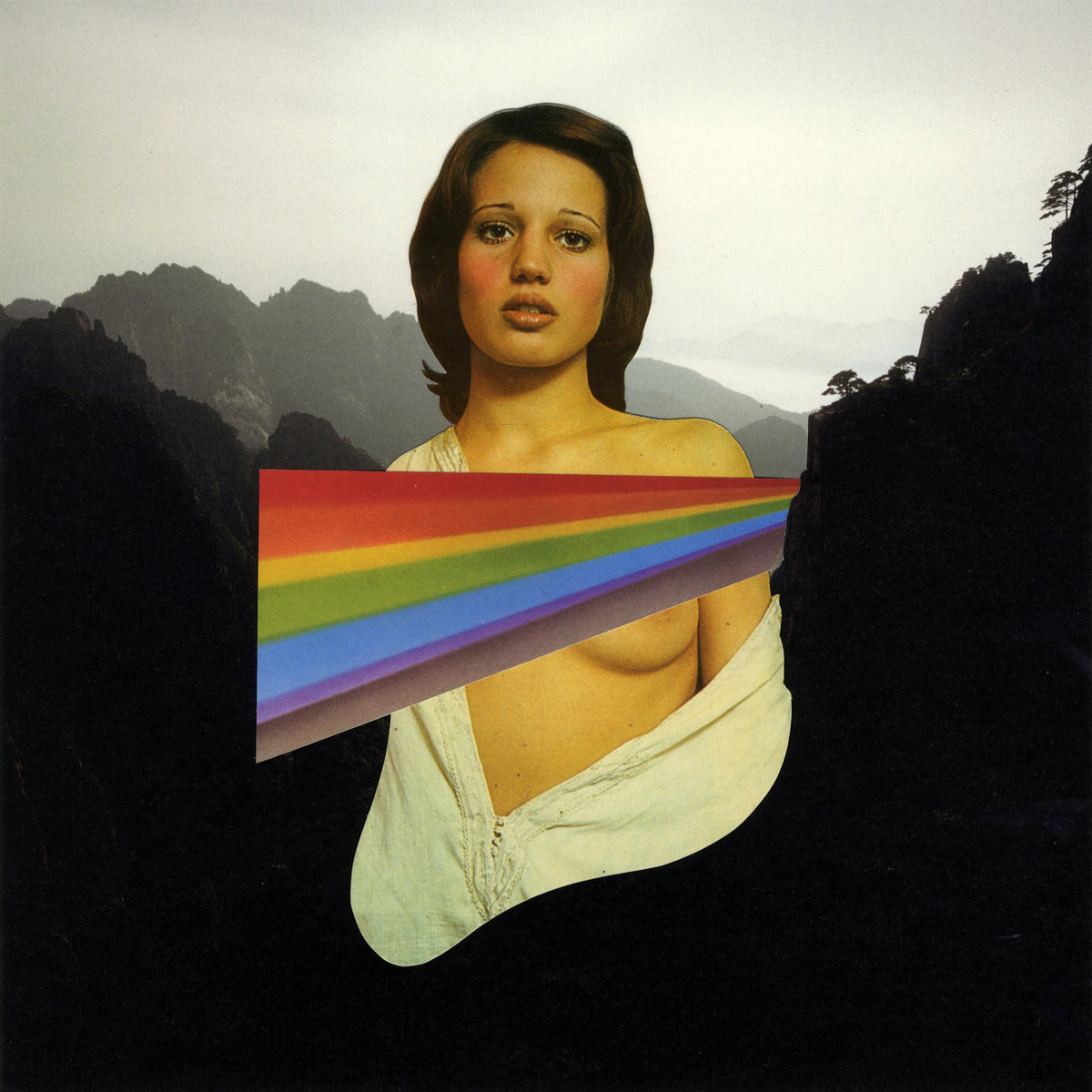 By Shaun MilliganAugust 3, 2022 No Comments

Ghost Woman provide half an hour of hazy psychedelic rock that sounds certifiably classic while retaining a modern appeal and undeniable sense of charm.

Much like an apparently growing portion of those I share this planet with, life has been monumentally, almost obscenely busy for me lately. A small number of the contributing factors were of my own making (and by choice), but many were out of my immediate control and merely had me kneeling, exhausted before them. Subsequently, I found myself very much in need of music to slow the pace of my days in some – any – meaningful way. Thankfully, Ghost Woman delivered the very remedy I needed, neatly tied up in thirty-odd minutes of fantastically irresistible music that I’ve yet to go a day without listening to.

Much of Ghost Woman’s sound appears, on the surface at least, to be an homage to the audible thrum of life in eras passed by – a soundtrack through which previous generations found their voices. To indulge my word nerd momentarily, the best summary of Ghost Woman is that the album brings on a wonderful and wholly positive sense of ‘anemoia’ (a term coined by John Koenig in 2012 to mean ‘nostalgia for a time you’ve not experienced’). Naturally, my personal experience will not reflect every listener’s response or reality, but it’s worth a mention. However, as much as the music may seem steeped in the sounds and soul of days gone by, the question begs: how much of a place does it have here and now?

As it so happens, Ghost Woman (both as artist and record) come to you fully recommended. For those familiar with 2021’s Lost Echo’s EP, you’ll find the welcome return of “Dead & Gone”, but aside from that the other nine tracks serve up fresh slabs of retro-tinged rock reminiscent of prolific acts such as Can, Jefferson Airplane, and the Byrds. Still, don’t be fooled into thinking that the retrospective style and tones prevent this self-titled LP from shining in our modern climate. It’s quite the opposite: the mix and overall production ensures that the driving basslines stand shoulder to shoulder with crisp drums and guitar parts that display an equal awareness of rhythmic presence and memorable hooks. This instrumentation all takes place under the watchful eye of Evan Uschenko’s colourful, hazy vocals, which give a charismatic lining to the kaleidoscopic rock Ghost Woman serve up.

An undercurrent (and a lively one at that) of modestly crunchy psychedelia runs throughout, rendering you practically horizontal with its drawling, nocturnal outback allure. The vibe on Ghost Woman one of energised relaxation; listen to any track here and you’ll get what I mean. More importantly, while that current runs beneath every song, you still find plenty of variety. From nonchalant opener “All the Time” onward, there’s a charming combination of simplistic structure and more nuanced detail displayed across Ghost Woman. It’s particularly noticeable in the flourishes of guitar: the repetitive, meditative notes hovering above “Along” are a fine example, as are the subtle yet tasty morsels of lead guitar punctuating the cymbal that drives “Behind Your Eyes” forward. Splashes of amour are also on hand to elevate the largely tranquil vibes. These range from the mildly raunchy lead riff of “Clockwork” and sultry murkiness of “Jreaming” to “Good”, which carries a dash more romanticism in its veins.

Closer inspection shows that the record is not without moments of musical tangency, which – while largely subtle – arguably reflect the undoubtedly tumultuous times that Ghost Woman have endured. Aside from the hectic nature of touring, Uschenko spoke about ‘salvaging and replacing his instruments from burned down rehearsal spaces, van break-ins and far too many relocations to list’. With such upheaval and chaos, previously mentioned track “Dead & Gone” makes more sense; it carries fiery flavours of punk that lick and spit in ways that the other tracks on the LP do not. It’s a fleeting, emboldened belter that might seem an outlier among a markedly relaxed roster of songs, but given the context of recent times for Ghost Woman, this sub-two-minute slab of energy feels right at home. The momentum is short-lived, though, with tracks like “Come On” less like spitting embers and more dying – in the sense that its dwindling campfire glow dials back the rural, sandy grit to see us off in a far more acoustic and comforting fashion, like the sounds of someone making peace with their turmoil and emerging all the stronger for it.

Inspired by the past, thriving in the present, and very much ready for the future, Ghost Woman have delivered a full-length oozing swagger and yet somehow smooth as silk. It’s a fascinating concoction of sound – one that is capable of holding you voluntarily captive in its easy-going, warm embrace while simultaneously imparting visions of energetic summer drives with the horizon as your only destination. Wherever, whenever, and however you choose to soak up this record, be assured of one thing: the timeless, rock-tinted music of Ghost Woman will find a way to woo you.