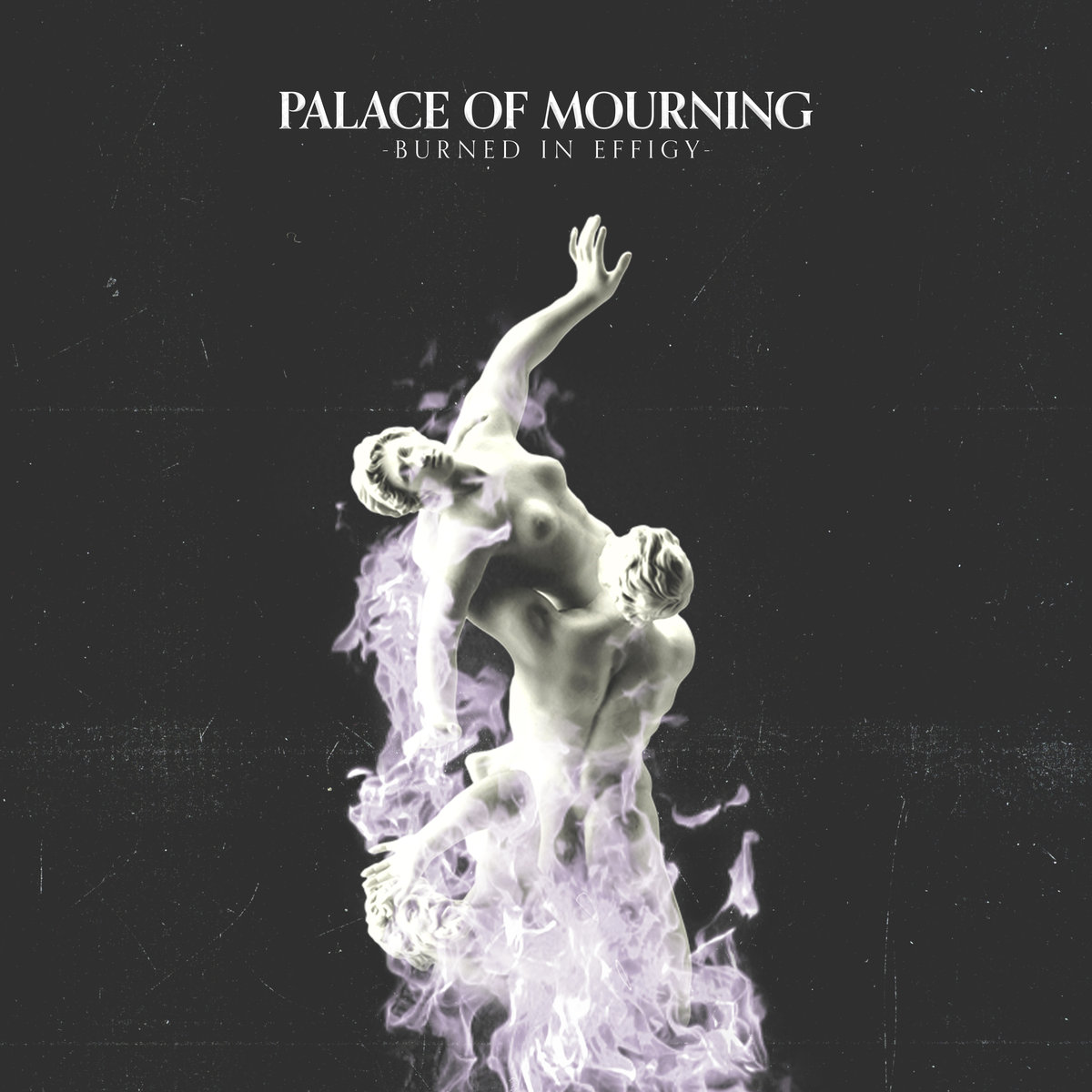 Palace of Mourning – “Burned in Effigy”

“Gain all the way up to 11? Check. Grinding riffs? Check. Hammering drums? Check. Feral screaming? Check. Okay all set.” This is how I assume the pre-recording discussion for Burned in Effigy sounded.

Palace of Mourning is a band from southern California, USA. It appears that they haven’t been performing for too long. Their first EP was been released near the end of 2017, so this is really all there is to hint at the length of their activity. They are quite unknown, with barely several dozen likes on Facebook and literally no YouTube uploads.

I’ll be taking a look at their second and latest EP, Burned in Effigy, which was just recently released. Palace of Mourning play an interesting and fairly personalized version of metalcore, which seems to have mathcore and traditional hardcore elements seeping in through the cracks of their songs. There’s also a faint tinge of post-hardcore to be found, which is not immediately noticeable, yet definitely there. The production value is surprisingly good. All the instruments are in their proper places; everything packs the right amount of punch, nothing feels overbearing, and, most importantly, the guitars and the bass are gnarlier than a bare-knuckle fist fight in a basement.

Before anything else, I’d like to underline the fact that the band’s moniker, the album name, and the song titles are some of the most aggressive I’ve encountered. This is not only fitting for the tunes Palace of Mourning churn out on the record, but it also stays true to the heart of everything that the hardcore aesthetic implies. It’s extremely satisfying to say the least. The Renaissance-esque album art further offers a very interesting contrast between the cover itself, the tunes, and their monikers.

Burned in Effigy is very short, holding five tracks and clocking in just under fifteen minutes. In spite of its short running time, it really packs a solid punch – as anything that ends in -core should. “We’re All Drowning and Nobody Cares” opens up the album blazing with rage, pummeling drums, wild screaming, and intense riffage. The seismic weight of the riffs and the dissonant leads follow us from this solid opener all the way to the end. “Time and Turmoil” doesn’t beat around the bush either, kicking hard, leaning more towards traditional hardcore and ending with a riff that would make everyone in Pantera bang their heads into oblivion.

“Meshes of the Afternoon (Interlude)” idly spins about a couple of notes on top of an airy beat, giving the listener a brief instant to catch their breath. “Pain Demands To Be Felt” could easily win an award for ‘The Most Metal Song Title’. Besides that, it leans more on that post-hardcore influence I mentioned earlier, save for a really nasty breakdown at the end which makes me want to smash down a brick wall. The album ends with “The Spirit of Destruction”, which follows suite with how the EP unfolded previously, with the notable difference that the ending is even more laid back than the interlude.

Palace of Mourning show a good deal of promise. Even though one could argue that this isn’t the most original ‘-core’ styled record out there, it holds the most important aspect of performing this style: raw, raging, unhinged, gritty, and powerful delivery. This kind of attitude in performance can and will lead the band far and wide. Hopefully they’re going to get more coverage so that all these seeds can bloom into a successful endeavor.