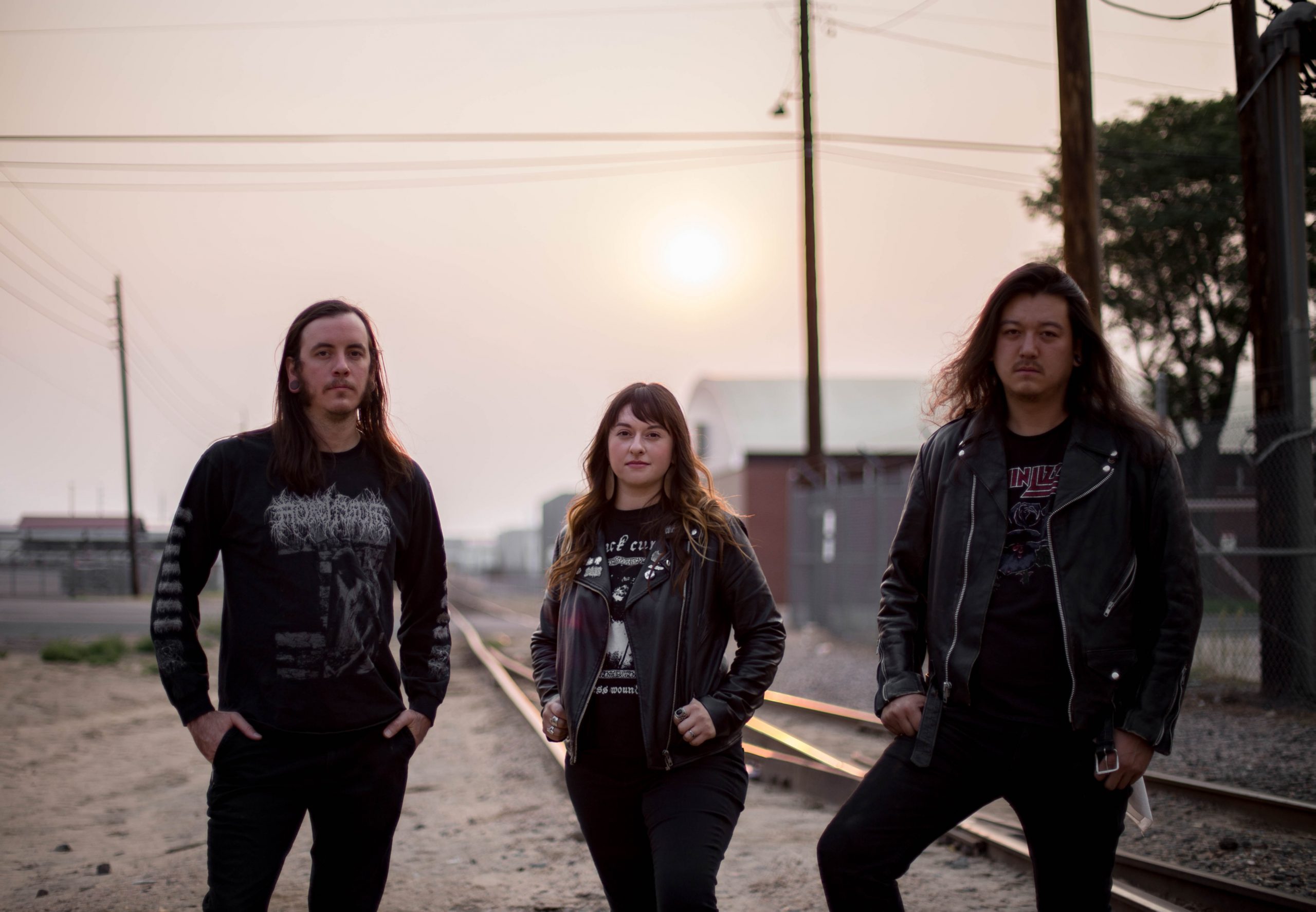 By David RodriguezApril 29, 2021 No Comments

Channeling what is rapidly becoming a homegrown sound, Denver doomers ORYX make you trudge through some dark and dense music that’s as rewarding as it is bleak.

Maaaaaaan, let me tell you. I’m so proud of Denver lately, at least… musically. We have really dug ourselves a little niche in the heavy music world by bringing some awesome bands onto the national stage (and beyond). And it makes sense, including the fact that a large number of them play with doomed elements.

I was talking to a pal recently about how Denver, and Colorado broadly, seems to give off this image of stark natural beauty, and it’s well-earned. This is a beautiful place, especially when you trek outside of city limits, something I don’t do nearly enough. But we are still a city in America, a country wrought with countless systemic, social, and political issues, many guided by violent means to even more violent ends. I mean, don’t forget, this is the state that gave you the Columbine High School shooting in 1999, the Aurora theater shooting in 2012, and *sigh*… Lauren Boebert. Not to mention we keep the mass shootings rolling, one of which I was mere miles from at the time it happened last month.

Sure, these issues are not unique to Colorado whatsoever, but it’s still no wonder we get bands like Havok, Primitive Man, and In the Company of Serpents. Now, I proudly put forth another Denver band’s name for your consideration: ORYX. Named after either the variant of antelope that spans multiple continents, or the absolute asshole raid boss from Destiny‘s The Taken King expansion, the trio dwells in supreme darkness; one, I’d argue, only possible coming from the Centennial State.

ORYX‘s dark, doom/sludge metal atmosphere practically mirrors the unforgiving, cragged mountains, or the deep valleys in between that would close in and gnash you to paste if they could. In places like the title track, the music mimics the barren plains you may find stretching far between the state’s metropolitan areas. Miles of decrepit and arid fields that would only greet with hostility were you dropped into the middle of them at any time of the year. The fact that their new album is called Lamenting A Dead World may seem needlessly pessimistic, but it definitely stands up as a reflection of the state of our world and how it accelerates rapidly toward death.

The sense of immediacy is, well, immediate with “Contempt”, a death/doom monolith that crawls forward with fierce guitar riffs and beastly vocals, slamming drums rounding out the dredging of this subterranean form of metal I love so much. The band is comprised of partners Abigail Davis (drums) and Tommy Davis (guitars, vocals), with Eric Dodgion bringing up the low end on bass, and whose name seems painfully familiar, but can’t be placed by me and my infinitely failing memory. Given their sludgy, mucky brand of metal, everything feels viscous and dense, but the production and mixing still leaves a ceiling of voidal black above it all to let the instruments breathe caustic, poisonous air all around.

Everything just feels immense with Lamenting A Dead World. The eulogy the album beckons isn’t one of hope or celebration, but endless darkness and death, fitting for the style of music of course. On “Oblivion”, which ends in a starry and ambient synth trip provided by Paul Riedl (Blood Incantation, Spectral Voice, etc.), the band makes apparent the outlook of the future: there is none.

The song ends as it begins, with the curdled words ‘nothing is sacred‘, sealing itself in a tomb of futility, giving itself to the absorption of nothingness wailed about throughout the song. Though “Oblivion” ends the album, things are just as bleak in the opening tracks, the aptly titled “Misery” being something of a downtrodden quarantine anthem:

Mood, am I right? The track really captures a claustrophobic tone. With dual vocals from Tommy – one register a bloody shriek, the other a cavernous bellow – and some assistance from Erika Osterhout (bass and vocals for Chthonic Deity, another band featuring Paul Riedl) the ordeal feels constrictive and hopeless throughout, a running theme I’m sure you can pick up on. Still, and just like Colorado itself, there’s beauty to witness. ORYX are profound writers, having honed ears for melody, and riffs that strike an ominous chord and stay with you for quite a while afterward.

It’s hard to elaborate on exactly why Lamenting A Dead World sounds particularly Coloradoan. I feel it in the spirit of the music; gloomy at heart, but containing a lot to ingest and nod your head to. Walking around my neighborhood listening to it gave me an enhanced appreciation for it, one I wouldn’t have had if I just listened in my room as I often do. The peaks of the Rocky Mountains off to the west of me imitate the loudness readings the songs produce; the hill-infested terrain around me houses beasts able of guttural noises not unlike our talented vocalist here. The muddy lakes flanking these hills conjure the vile, sludge-coated tones present everywhere you look on the album. I feel it, I see it, and I love it, because I can connect with it in this manner.

True, our world isn’t dead yet, but maybe ORYX intended on this album being a dismal reminder that we are heading in that direction, that oblivion rests just around the corner to consume us. Maybe I’m reading a bit too much into it and this is just a kick-ass metal record. That fact is nearly indisputable, personal tastes aside. The best part of this whole endeavor to me is that I discovered ORYX. This is their fourth album, which means I have a lot more to delve into if I wish, and I do wish. Check it out and revel in an eternal night crafted right here in Colorado.