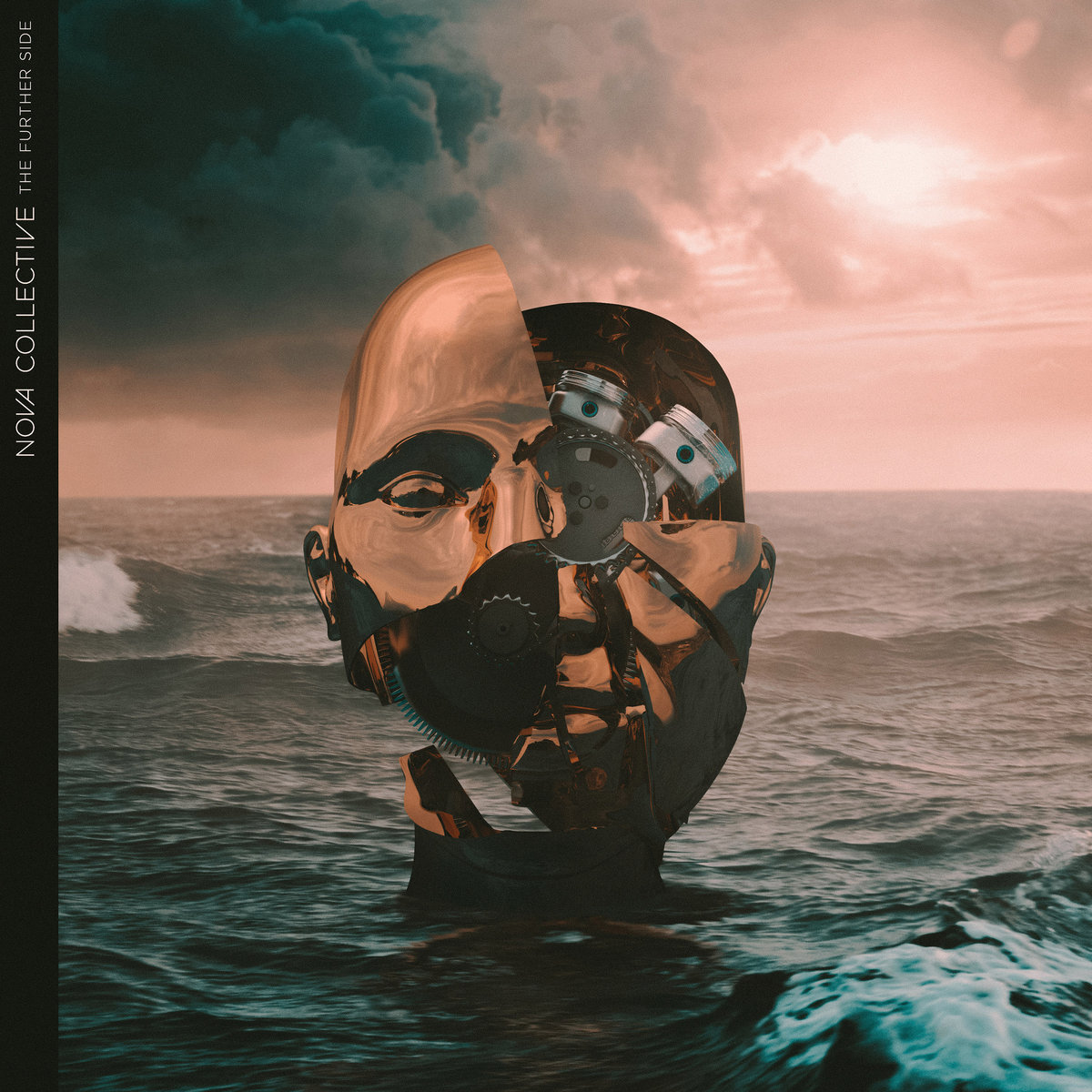 Nova Collective – “The Further Side”

By Tyler CaldasMarch 1, 2017 No Comments

Inventive, revenant, and ambitious – Nova Collective’s collaborative efforts have resulted in this and so much more, making for one of the best instrumental prog records in years.

The use of the ‘progressive’ moniker is one that inherently defies the expectations of its current ascribed communal understandings. The idea of progressive music – be it rock, metal, or the like – is more than displays of musical virtuosity and non-traditional song structures. By its very definition, it is meant to push the limits of sounds and compositions, an idea that was perhaps more thoughtfully explored throughout the seventies and early eighties. While there are certainly examples of this more free form approach in recent years, many of the more popular artists that currently define the genre have leaned away from the diversity of their forerunners.

In comes Nova Collective with their instrumental album, The Further Side, harkening back to this earlier approach to the creative process while taking cues from the various bands and artists that have stayed true as the times changed. We first mentioned bassist Dan Briggs’ (Between the Buried and Me) new musical venture with guitarist Richard Henshall (Haken) back in late 2015, though initial talks had begun as early as 2014. Since then, he has added drummer Matt Lynch (Trioscapes, Cynic) and keyboardist Pete Jones (ex-Haken) into the fray, leading to a lineup of highly competent and talented individuals at the helm. The real question is, can their music live up to the pedigree of the members’ past works, and does The Further Side do anything to set itself apart from its contemporaries? In a word: yes.

The album sits at only six tracks. However, each song is a hefty six to nine minutes each, leading to a total runtime just shy of fifty minutes. The music draws inspiration from many noteworthy acts including the instrumental segments of classic Yes and Dream Theater to the more recent Steve Wilson. While listening, I couldn’t help but feel a distinct similarity to the oft-forgotten Tony Levin/Dream Theater side project Liquid Tension Experiment in both composition and soundscape, with a little An Endless Sporadic thrown in for good measure.

You won’t find any traditional song structures or dominating motifs in the form of guitar riffs here. What you do get is one of the most creative and well played set of tracks to come in recent years. There’s a phenomenal level of musicianship on display, complete with both ends of the spectrum – masterful virtuosity and subdued restraint. A lot of the technical complexity seems to come from the combinations of dissonant and complementary rhythms that change often. No sound or pattern overstays its welcome, which may actually work against it in some cases if you prefer more consistent themes throughout your music.

With the blend of highly progressive and jazz fusion elements, The Further Side could have easily become disjointed and incoherent to the average listener. Thankfully, Nova Collective subvert this by cleverly playing with tone and implementation of specific instrument combinations. For example, the lead track “Dancing Machines” leans heavily on gritty keyboards and bass, while “Air” has a very experimental and ambient feel. “Cascades” manages to be a bit more bouncy with a unique lounge-esque keyboard sound, and “The Further Side” feels as if Haken and Dream Theater had a chimera offspring. Each song feels distinct, despite the variation and constant changes in each moment.

Music like this is unfortunately a double edged sword of sorts – what we gain in variation leads to a less cohesive package, with the unique structures and lack of traditional direction making it difficult to recommend to those who prefer a bit more of a hook to their music. This is by no means a detriment to the work that Nova Collective have created, as these six songs are truly some of the best instrumental works to come out in a long while; these are the drawbacks of the type of music as a whole. It is a niche piece that will be recognized for its masterful execution, but one that may not be for everyone’s taste.

The Further Side is one of the most impressive albums I’ve heard in a long while. The complex compositions and phenomenal musicianship heard across these six tracks are a wonder to experience. Nova Collective managed to create music that can stand up with any of the instrumental greats, though some might be turned off by the lack of vocals or cohesive melodies. I think this album manages to accomplish everything it set out to do and more, and for that I think it’s a near perfect record – just not one that everyone will love.