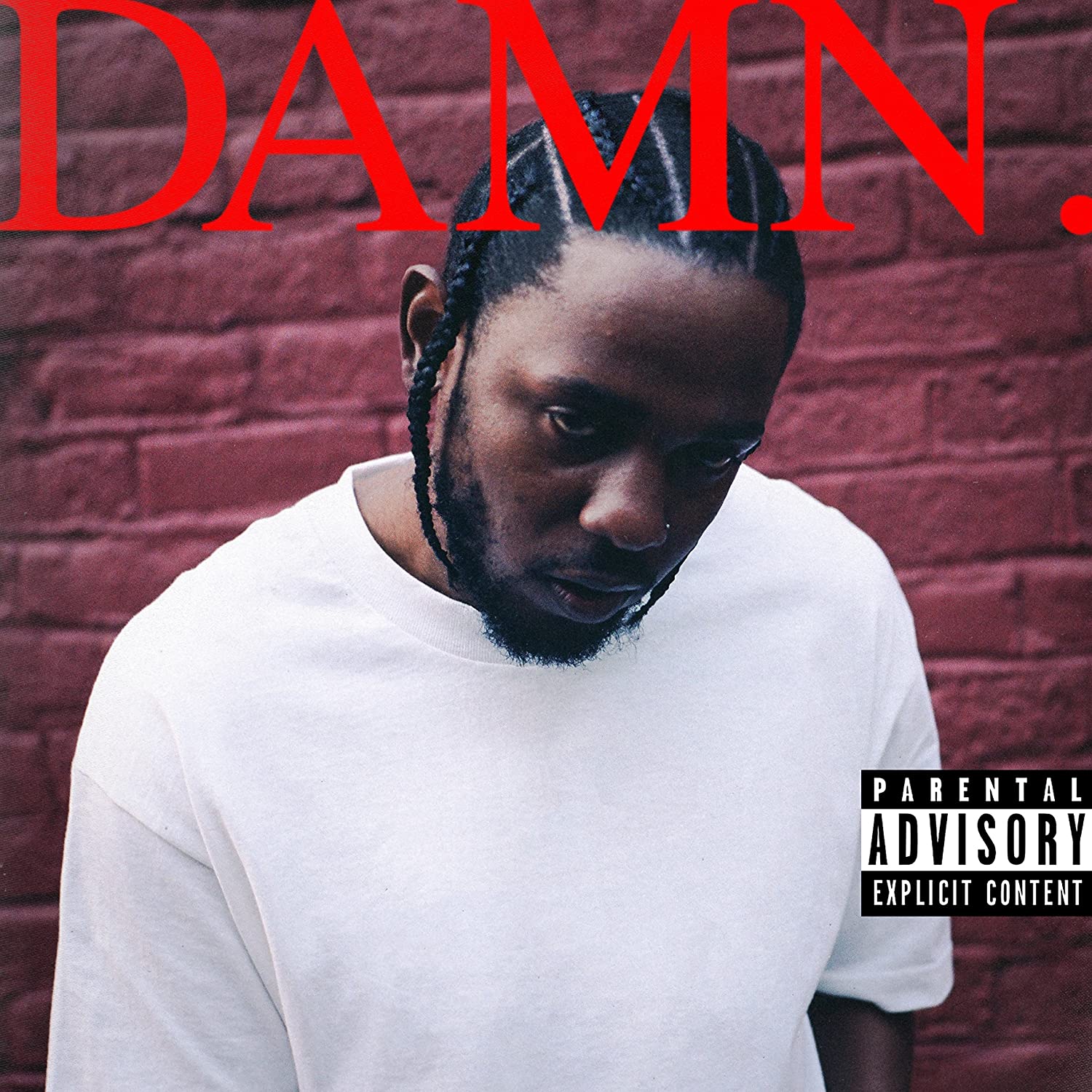 By Dominik BöhmerMay 1, 2017 No Comments

While severely (and deservedly) overshadowed by its predecessor To Pimp a Butterfly, DAMN. still sees Kendrick Lamar largely on top of the rap game.

It’s been just over two years since Kendrick Lamar dropped To Pimp a Butterfly, his ground-breaking, influential and all-around acclaimed third studio record. The mixture of politically and socially conscious rap and jazz/funk/soul instrumentals it presented hit the scene like an earthquake, one whose ripples are still shaking people’s preconceived notions of what 2000’s hip hop really is and can do, both musically and ideologically. Instead of blending in with the braggadocios lyrical content of many of his peers, he used his platform to address urgent issues of the black community and society in general. And now, DAMN. has to follow in those giant footsteps; a herculean task which has left so many other musicians stranded in the depths of creative stagnation before.

Needless to say that DAMN. is once more full of introspection and social/political commentary; so much so that I definitely won’t be commenting on all (or even a fraction) of it. But if you’re expecting more of the same old, same old music-wise, you’re in for a surprise…

‘I got power, poison, pain and joy inside my DNA’

After a short introductory track in which Kendrick reminisces about a meeting with a blind woman (the story is later resolved in final track “DUCKWORTH.”, but I won’t spoil it for you here), “DNA.” is the first actual track on DAMN., and its trap-like, modern hip hop beat will undoubtedly catch those off guard who didn’t heed my warning earlier. Over programmed drums and a deep bass, Lamar muses about his heritage and culture as a black man, a theme reflected in the song’s very title. Another surprising element is the sample from FOX News, in which the anchor tries to argue that ‘hip hop has done more damage to young African-Americans than racism in recent years’. How those right-wing turds even have the audacity to broach such a topic is beyond me, but that’s beside the point; Lamar’s aggressive flow-shift after the sample is the perfect answer to its heinous content.

Should a chorus with statements like ‘If I gotta slap a pussy-ass n***a, I’ma make it look sexy/If I gotta go hard on a bitch, I’ma make it look sexy’ really sound this catchy? Maybe not, but in proving himself as a potent singer, Lamar sure does make it. His verses about personal struggle, wealth and the problem with taxes/the law many black people who make it big encounter are intricately written, eloquently delivered and full of punches against his contemporaries. And if you’ve always wished to hear the Barbadian pearl Rihanna lend her vocal talents to a song that’s actually good, I recommend you check out “LOYALTY.”; her half-sung, half-rapped parts are a treat and work out perfectly, lyrically and in combination with Lamar’s once more spot-on vocals.

‘Watch my soul speak, you let the meds talk’

Sit down. Be humble. Two imperatives to slap a whole scene in the face, including Lamar himself. If the biggest rapper in the game right now can manage to keep his humility, then so should the peasants. The piano-driven, minimalistic beat to “HUMBLE.” emulates classic Wu-Tang Clan moments and serves as a nuanced underlining of the song’s message. The first thought I had after watching the accompanying music video (which has more cuts in it than a friggin’ Marvel movie, by the way) was: ‘And now, by the king’s decree, all the image rappers out there and their overblown mentality are officially wack.’ Sounds pompous, but it’s the truth. K-Dot might just have set a new precedent for rap imagery with his verses.

‘Would you still love me?’

I’ll have to be completely honest with you: “LOVE.” might as well be a Drake song. Under two conditions, mind you, those being a) that Drake didn’t sound like he recently suffered a severe head injury and b) that he didn’t rip his beats off Kanye B-sides. Lamar (and his producers on DAMN.) took common musical elements employed by the current wave of modern r’n’b artists (like DVSN or Ta-Ku, for example) and implemented them into cohesive, laid-back beats. And with Zacari providing additional vocals during the song’s hook, “LOVE.” is another veritable hit, without having to sacrifice the lyrical prowess we came to expect from Lamar; a point he himself makes in the aforementioned “ELEMENT.”.

Hoo boy, this was quite an earful. Kudos to the fine people at Genius.com who work on the annotations to DAMN.’s lyrics. I wouldn’t have caught most of those allusions, metaphors etc. Pleasantries aside, Kendrick Lamar has once more defied expectations and accentuated his artistry with this record. As a wordsmith, as a social commenter or as a political observer, he excels at all the roles he chose for himself. The instrumentals are not as lushly orchestrated as on TPaB, but that shouldn’t deter anyone from enjoying the deftly crafted beats and sounds to be found on DAMN.; all the producers, from Sounwave to Mike Will Made It did a damn fine job (sorry). And even though DAMN. will most likely never be revered and remembered as Lamar’s definitive masterpiece, I’ll be damned (sorry again) if it isn’t at least the best hip hop record of 2017.

*I added this because Kendrick himself refers mostly to the beauty standards for W.O.C. involved in the music scene, hence the afro reference and whatnot. My insistence on the inclusion of all women afflicted with this problem isn’t meant to downplay the issues addressed by him, which are very real.