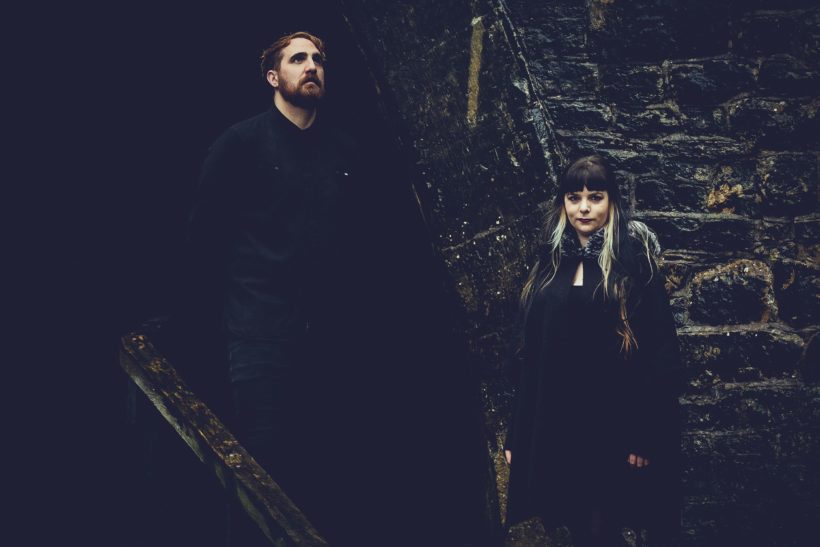 By David RodriguezApril 6, 2022 No Comments

YMMV with MWWB, but there’s no doubt that their eclectic, psychedelic, and heavy approach to the vastness of the universe is odd and worth the trip – literally or figuratively.

So begins the Bandcamp description for The Harvest, the newest album from Wrexham, UK’s MWWB. The band may have shortened their name, but not their appeal to cosmic stoner metal fans like myself – in fact, as they also posit in the album description, they go further than ever with the experimentation, melody, and progression than they did before. Fact or fiction?

Coming off the extraordinary Yn Ol I Annwn a few years ago, we’re beyond the initially planned trilogy of albums the band had in mind. The Harvest is somewhat of a new beginning, something I loosely liken to how Coheed & Cambria continued well and beyond their ‘final’ album Good Apollo, I’m Burning Star IV, Volume Two: No World For Tomorrow. You know, the one where everyone of import died in the end and the planetary structure of the story’s setting was undone? That’s the cool thing about creativity: although you may have a compact story in mind, there’s no bounds as to what you can produce. The only limitations are your own to a degree.

Just like Coheed before them, MWWB‘s sound hasn’t changed much from its foundational basis – to their benefit, as it’s a pretty unique mix. Things are still spacey, still stoned, and still catchy as hell. No single genre tag is going to do the job here, and many would be required to evenly lift the band up; suffice it to say that we’re dealing with a very dynamic band. The first three songs alone are ventures into very different territories made up of twinkling ambience, thick sludge riffing, and synth-laden excursions among the stars.

The Harvest also feels like a whole, and to divide it into parts would do it, and yourself as a listener, an injustice. Constructed to be a film score of sorts, it’s easily seen (and heard) as one cloistered story within a sea of millions of other stories. Forces and factions are at play, and conflict seems to be at the heart of it all, as it is with many compelling stories both contemporary and ancient. The face on the album cover is certainly sci-fi through and through; behind an overlay with a form of visual artifacting and glitching appears to be a synthetic chassis with emblazoned red eyes rather than an organic lifeform. Perhaps it’s a mixture of the two? It’s up to you – The Harvest is akin to a Choose Your Own Adventure tale.

Though, as I think about it more, picking songs out of this album as standalone mammoths (sorry) of noise and intrigue isn’t a mission impossible. After all, the album’s title track was chosen as a single leading up to its release. The band boldly compare this album to the likes of Pink Floyd‘s The Dark Side of the Moon and, really, it’s warranted to a degree. That album too was a cohesive project that had a handful of tracks with their own legs, individually holding up to critique well enough to establish them as all-timers in many eyes.

In that vein, the song-to-song movements and progressions are really neat. The general ebb and flow of The Harvest is an ambient soundscape of a track, then a distorted pummeler with wailing guitar solos, crunchy riffs, and serene vocals. The only song that concretely breaks this pattern is perhaps the closer, “Moon Rise”, which is halfway between the two styles. Repeat for about 50 minutes and that’s the album. This is reductive and simplistic as far as synopses go, but it prepares you for the formula that MWWB have established here. Plus, each track is varied enough where it’s not so much repeating what you’re hearing every other song, but recontextualizing parts of a story into something different and textured. For concrete examples, look at “Interstellar Wrecking” versus “Let’s Send These Bastards Whence They Came” – the former is a John Carpenter-esque suspense-building affair with layers of synths, whereas the latter is a brain-melting psychedelic romp through the ether, or something resembling it, with more pronounced melodies and activity throughout.

The Harvest is a grand trek across the final frontier and, if my imagination is any indication, other dimensions. I’m a sucker for those dense, doomy, melodic sections that MWWB are so adept at, but I was delightfully surprised at how fully-fledged the ambient and atmospheric sections hold up over time, often getting stuck in my head just as much as their heavier counterparts. With that, it seems the two disparate yet complementary halves of the group’s bread and butter have become equal, both in terms of quality and my own acclaim. This is an album that yearns to be filtered through active minds, coloring in the lines that the music provides, and leading an experience that should feel unique to all who listen to it by virtue of its structure. Long live MWWB indeed.

As a quick epilogue, I also want to wish the band well during this time – this time last year, it was revealed by the band that their guitarist Dave suffered a stroke after contracting COVID around the beginning of 2021, which caused the inevitable delay of this album out of respect and desire to see their pal get better before pushing forward. The band have provided regular updates on Dave’s health and he’s doing much better, rehabilitating closer to his former self as much as possible. Keep it up, Dave, we’re rooting for you.