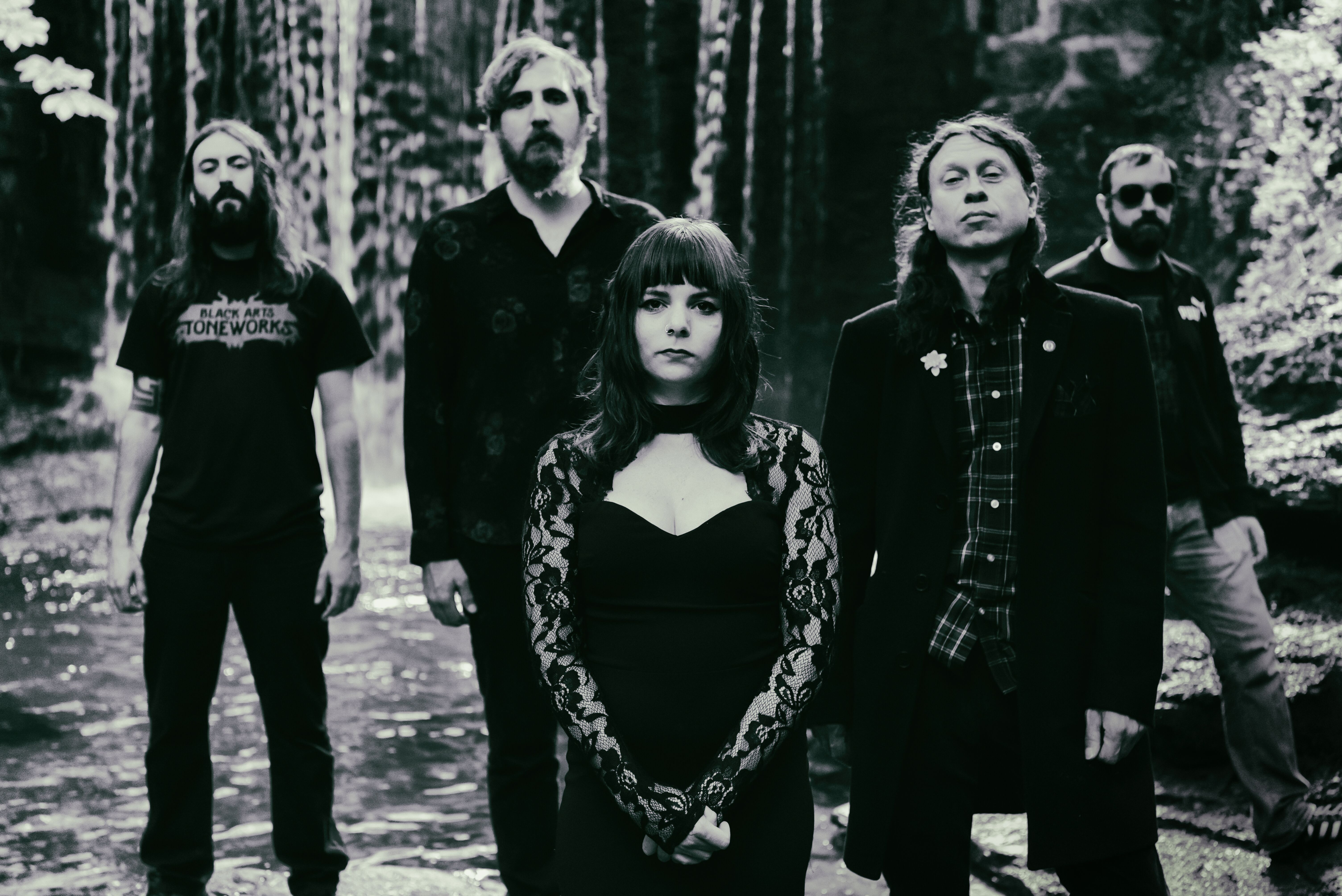 By David RodriguezFebruary 25, 2019 No Comments

Yn Ol I Annwn is an epic celestial fire that burns long, hard, and slow. Tenants of doom become ensnared in the colorful auroras of psychedelia and stoner metal to create a wildly unique experience.

Mammoth. Weed. Wizard. Bastard. Just guess what type of music they play. You’ll probably only need one guess. Although the band contends ‘all band names are stupid‘, I happen to think their name is ridiculous fun, as is their flavor of doom metal. Now, they look to wrap up a trilogy of albums they started in 2015 with their newest effort, Yn Ol I Annwn. This translates from Welsh to ‘Return to the Underworld’, and makes me so happy that this review is in text and not audio since I don’t know how the hell to pronounce that.

I’ve been a fan of theirs for a bit now so not a whole lot surprises me here short of the growth and commitment they show here on Yn Ol I Annwn. This isn’t just doom metal; MWWB‘s tunes also take heavy influence from psychedelic and stoner realms (though I suppose that last part was obvious, huh?). And I do mean realms. See, a MWWB album isn’t just music, it’s a trip. You’re catapulted, pulled, rolled, and dragged all around rifts of riffs, black holes of heavy, and the softest edges of ether. It’s the confluence of these points that make the band not only unique, but a true force to be reckoned with.

With dense music like this, you expect there to be a gruff belter of a voice behind the music, harshened by years of being a weed wizard themselves, but nope! MWWB‘s first, and probably biggest, surprise to new listeners is Jessica Ball’s gentle, serene voice accompanying the unrelenting doomscape. It turns “The Spaceships of Ezekiel” from a dense-as-concrete groove generator to a multilayered, impressive endeavor. Multiply that times six of the eight songs Ball appears on and you have a good idea of how varied this album can get.

All right, hold up, can I just gush for a second? Because these are seriously some of the best doom songs I’ve heard in a while. These guitars are thicker than a bowl of oatmeal, y’all. The drums are massive and knock along at the perfect pace for the stoned tone of the album. Synths color a kaleidoscopic array of sounds into the mix. The intro track “Tralfamadore” sounds like it was produced by the same dudes that worked on Stranger Things. Even if that’s not your thing, the riffs pretty much overpower the bleeps, bloops, and pulses that give songs a 70s sci-fi movie feel. It’s like the cheese sprinkled on your riff-aroni pasta.

The only times Yn Ol I Annwn lifts the elephantine weight off your head is with the more somber and spacey “Fata Morgana”. Largely a ballad, it focuses on cleaner guitars, whale call-like synths (shout out to Gojira), and Ball’s blissful cadence. About halfway through the 12-minute beauty, the weight is dropped from miles above back onto your head as guitars and drums slam back into the mix to finish the track off. Something similar happens on “Du Bist Jetz Nicht in der Zukunft” which incorporates the sophisticated, deep hums of violins. Synth arpeggios hypnotize almost as much as the airy singing on the track. Although sparse, the lighter moments that aren’t dominating you with massive musicianship still impress and offer another angle to the experience.

And what an experience it is! Seriously, what Yn Ol I Annwn ends up becoming is a fantastical journey like Star Trek and Heavy Metal were mashed up together. It’s whimsical and majestic, a little boisterous and fierce, and an altogether mind-prying exhibit of heady spirituality. Listening to this album over and over, I started to notice some of the song conventions and structures blurring together a tad, but one song isn’t fully like another which stops the album from feeling truly repetitive. The important part is that the music never stagnates long enough for you to get bored or question why you’re still listening, and riffs don’t overstay their welcome for the most part.

I hope I didn’t undersell what a momentous journey this album is. This is a wonderfully vivid slab of music. There’s a lot to enjoy here, whether you’re an atmosphere person or you came to get kicked in the mouth by chubby guitars and walloping percussion. It’s exactly what you want in multifaceted music. While this may mark the end of an era for MWWB, the band appears intent on continuing work in other directions and I can’t wait to see what they drudge up next from the proverbial trenches of doom. Yn Ol I Annwn will make a wizard bastard out of you yet!