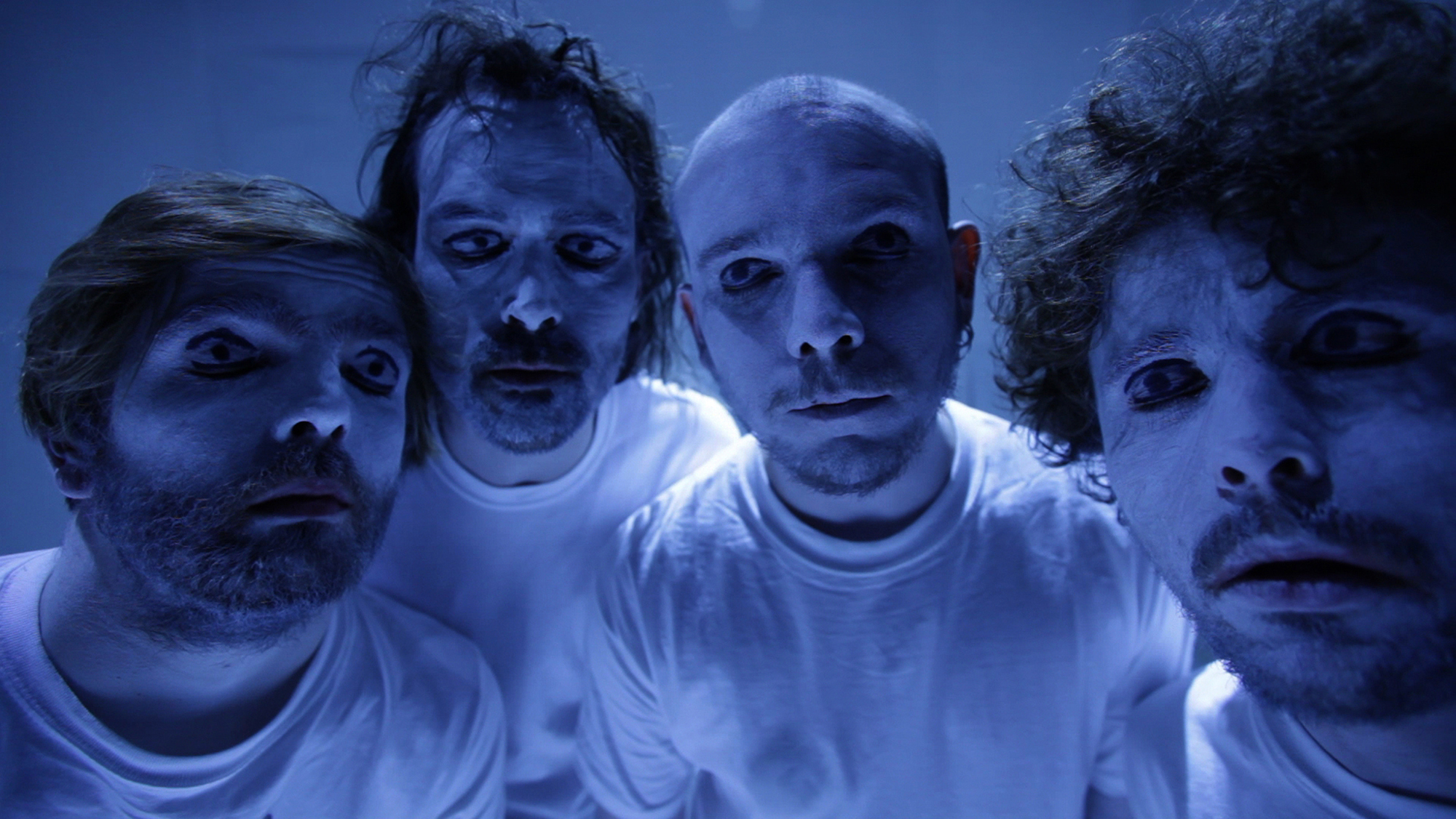 By Vidur PaliwalFebruary 25, 2019 No Comments

A double whopper! Not only do we have a review of Pantophobie from the French avant-garde band Ni, but we are also premiering the full album stream! Take a look at my thoughts on the album, then check out the stream towards the end of the article to see what you think.

Ni caught my attention for the first time last year, due to their acclaimed and explosive collaboration with PoiL in the form of PinioL. Nearly a year later, the quartet is back with their ‘solo’ album in Pantophobie. An album as quirky and experimental as Bran Coucou, but much more artistically twisted and completely filled with darkness.

With Pantophobie, Ni try to explore various types of fears by keeping an element of shock/surprise throughout the album. With a clear aim to make the journey on Pantophobie as unpredictable as musically possible, the band brings an explosive mix of noise rock and post-metal, with just traces of old-school prog thrown in. One does not have to look far into the record as the album opener “Heliophobie” (the fear of sunlight), takes one on a dark twisted journey into the deep bowels of the earth. Starting off slowly, with coordinated drum beats and dirty riffs, the track builds its sludgy foundation reminiscent of the old Fudge Tunnel material. It gets heavier and faster as the track progresses, with some unexpected riff signatures jumping out of the darkness, almost invading the punk/hardcore territory of No Trend in the closing minute.

Ni’s main strength on the record lies in how they disguise their noise rock behind a mirage of sounds, making the resulting tracks much more diverse in nature. “Lachanophobie” (the fear of vegetables) has a melancholic start (it almost feels picked right out off a cheap horror flick) before it explodes on its head and spreads out in all directions imaginable. While maintaining an almost melodic post-metal sound on the surface, a closer listening soon points out the clashing bass and lead guitar tones. These then build up further and amalgamate themselves into an indescribable noise-prog fusion. If King Crimson ever decided to incorporate elements of noise rock into their sound, I guess the result would have been somewhat similar, if not as outlandish as what Ni conjure.

The press release accompanying the album goes on to describe Ni as a four-headed monster, and I find that assessment quite accurate. On the surface, each individual in this French quartet seems to be doing their own thing, completely unmindful of the others. Each whimsical individual assumes the project to be his own playground and yet the net product does have a unique structure to it. While independent, these four heads are joined together by the same body of complex noise and edgy sounds. “Catagelophobie” (fear of being ridiculed) is a perfect example, it starts off as a disordered mix of sounds, composed by four musicians completely off pace with each other, who midway understand that they are actually in this together and then just bring the same riffs and beats into a much more cohesive and melodious output.

Having joined forces with PoiL for a major part of the last year, the influence of PinioL too rubs off on Pantophobie. There are moments of pure madness on the new record, filled with odd time signatures, metal breakdowns, and drone landscapes, akin to those on Bran Coucou. “Kakorraphiophobie” (fear of failure) is one such moment as it takes the sound off the PinioL record and just gives it a bit of a Flipper edge. Sadly, Pantophobie also carries over some of the minor pitfalls found on the joint record. With its ever-changing sonic landscape, one is naturally inclined to find themselves lost as the album progresses through its 50 minutes of playtime. While artistically exuberant, Pantophobie is clearly not meant for all.

I believe Ni have conjured a monstrous record in Pantophobie that actually can act as a cure for Ligyrophobia, the fear of noises. It helps establish the band as an artistic unit, who have the potential to be the flag bearers of modern avant-garde music. If you enjoy music which is slightly edgy and filled with weirdness, this one should be right up your alley!