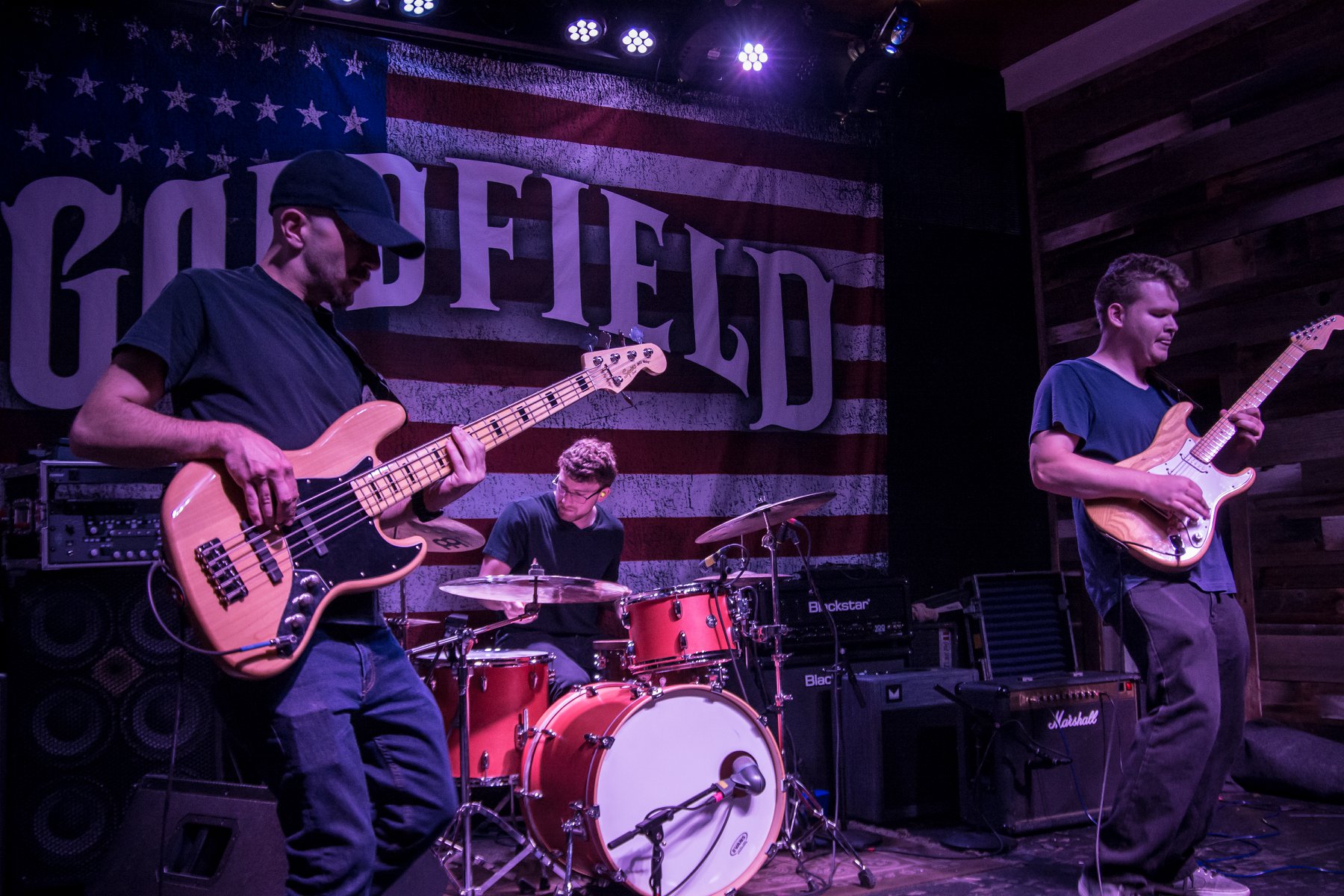 By Billie HeltonFebruary 25, 2019 No Comments

In a time when their style is becoming all the rage, Roman Pilot have the potential to be a standout in the progressive math rock scene. Boasting a similar sound to acts like Chon, it almost feels wrong to compare the two as Roman Pilot does things so much differently still. With only one demo and their new Self-Titled EP, the four piece out of Sacramento shows a lot of promise so early into their career.

There is little to be said about them so soon, having just dropped their first release. I feel like that will change very quickly though. The band is based out of Sacramento, CA and features four friends that seemingly just want to have a good time making music. Song titles like “Panties Flying Through the Cosmos” show they are, indeed, having fun. They have made a couple of videos that are on their Facebook page, including a silly dub of a song teaser over a video of people dancing in the street with a boombox. There is also a behind the scenes they decided to shoot for the EP, showing a snippet of the studio life as they recorded.

The Roman Pilot EP may be my favorite piece of music to come from this scene, even with only four songs. I have loved Chon ever since I saw them open for Circa Survive, and the new SAWCE EP was one of my most anticipated albums of the beginning of the year. Seemingly out of nowhere, Roman Pilot stole my attention away from almost anything else for a moment with this piece of music.

Featuring a lot of the vibrant and upbeat conventions of bands adjacent to them, Roman Pilot also shows shades of post-rock in “Ultraviolet” and even a neoclassical movement towards the end of “Serotonin Love”. With these little flares of outside influence, they are forging their own path and name for themselves in the scene without drawing too much influence from anyone else.

I believe pretty confidently that Roman Pilot is a name that will be popping up prominently in the prog and math scenes within the next few years. They are incredibly young as a band and have shown that they are impressively talented musicians. Primary songwriter Erik Tilja has also shown he knows how to utilize that musicianship well. While they are criminally under 1,000 likes on Facebook as of this writing, I think (and hope) that their career will take off soon and that they will get the recognition they deserve for a very strong initial outing.

Be sure to check the guys out on Facebook and help get them over 1,000 likes! You can also subscribe to the band on YouTube, although as of now they only have their original demo and behind the scenes video for the EP up. And of course, please be sure to check out and purchase their new EP on Bandcamp!