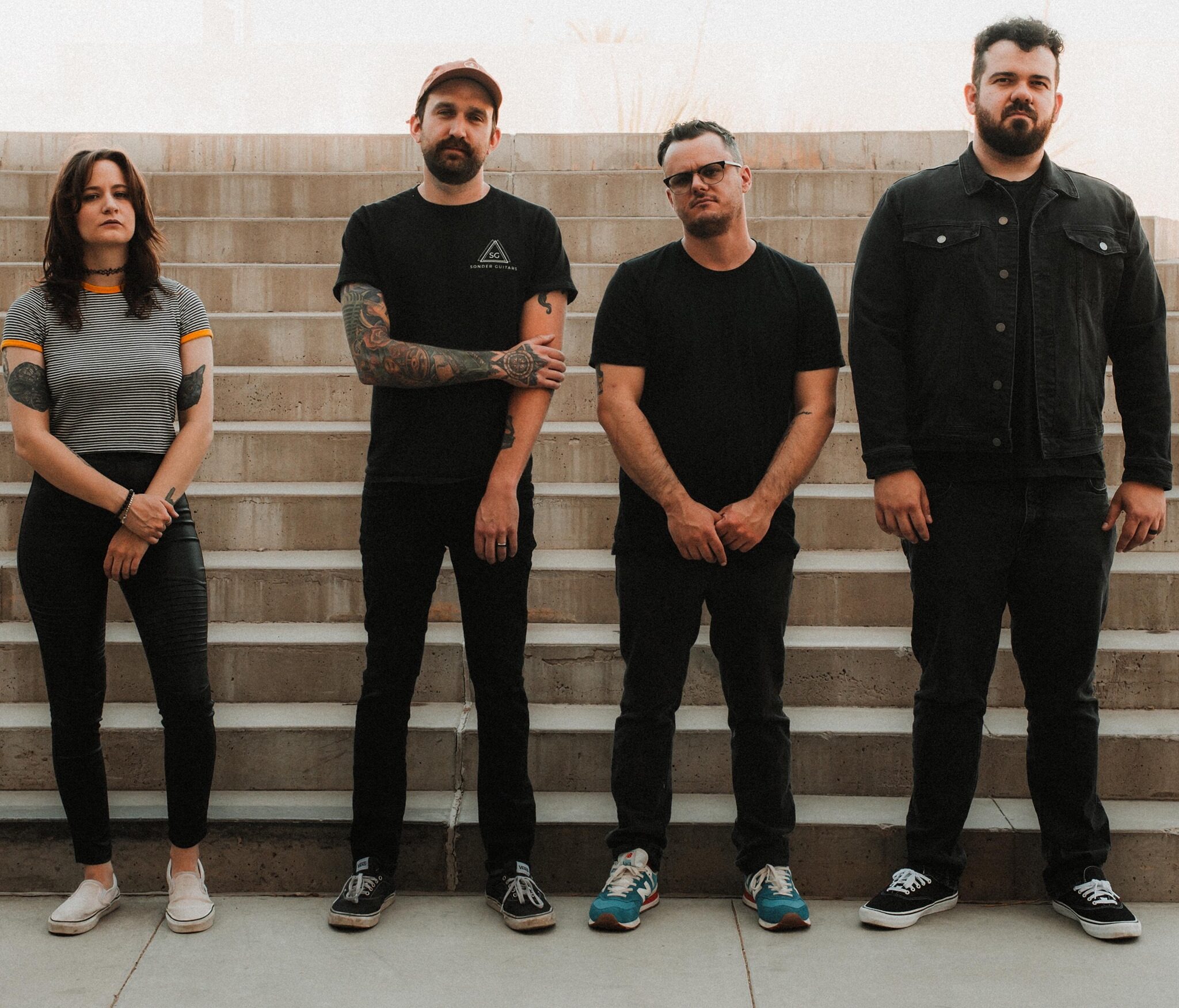 Full disclosure, I am a sucker for a good post-rock band. Usually I’ll spend some time arguing with myself that an artist is not stuck in some post-rock time-warp, but are pushing boundaries with obvious influences pulled from elsewhere. But sometimes, it’s just nice to have a guilt-free album that relies on the tried and tested loud/quiet emotional tug of war that worked so well for their contemporaries.

This is where Still Motions come into play. The Arizona four-piece first came on my radar back in 2020 with their debut release Mirrors. The (long sold-out) vinyl pressing seemed to be popping up on every Facebook music or record group that I was part of and it wasn’t long before I picked myself up a copy. Mirrors was a great introduction to the world of Still Motions, tracks such as “Where You Found Me” utilising that slow build/big pay-off structure and showed a band that were really starting to find their feet. Now preparing to release their next album, Still Motions and Everything Is Noise are delighted to bring you the lead single right here on this fine Tuesday.

It is a rare thing for me to talk first about a video as opposed to the music, but this is exactly what I want to do with “Welcome Oblivion”. The video here says as much about Still Motions and what they represent as the track itself does. The visual accompaniment is simple, the four members in a room with a smoke machine and some fancy lights, the picture intermittently glitching with white noise throughout. But there is such detail in the simplicity that you can see the care and time that has been put into making this thing look as good as it possibly can.

This description of the music video also perfectly sums up the music, which of course at the end of it all is our real focus. A simple tapped melodic phrase on the guitar opens “Welcome Oblivion”, sitting alongside a booming rhythm section, the track gliding along through changes of pace and dynamic that make the 6 minutes pass in a blink. Chris Julian’s drums in particular shine through, pushing the track or letting the other members shine through when needed. “Welcome Oblivion” is a well crafted piece that does not try to be something that it isn’t, it is simply four musicians pouring their souls into their instruments and sounding damn good in the process, made all the more enjoyable when you realise the message behind the song;

‘“Welcome Oblivion” was the first track actually written for the new record. It really encompasses the story being told throughout the entire collection of songs on the new record. It came about during the height of the pandemic. I had just lost my job of 8 years. There was a lot of fear and uncertainty. We had lost friends & family. The first half of the song really speaks to all of the feelings involved there. There came a point where I realized you can’t dwell on those feelings, otherwise they will drive you crazy. There’s a turning point in the song that reflects on that transition in mindset. A transition to hope, and to making the best out of the current situation.‘

This hope can certainly be felt in “Welcome Oblivion”, a track that really whets the appetite for upcoming album Synthesis. Where Mirrors showed a band with growing potential, Synthesis is already threatening to show us a band at their peak. Make sure to keep an eye on the Bandcamp for further details, as well as following the Facebook and Instagram pages so that you can pick up a copy for yourself when the time comes.