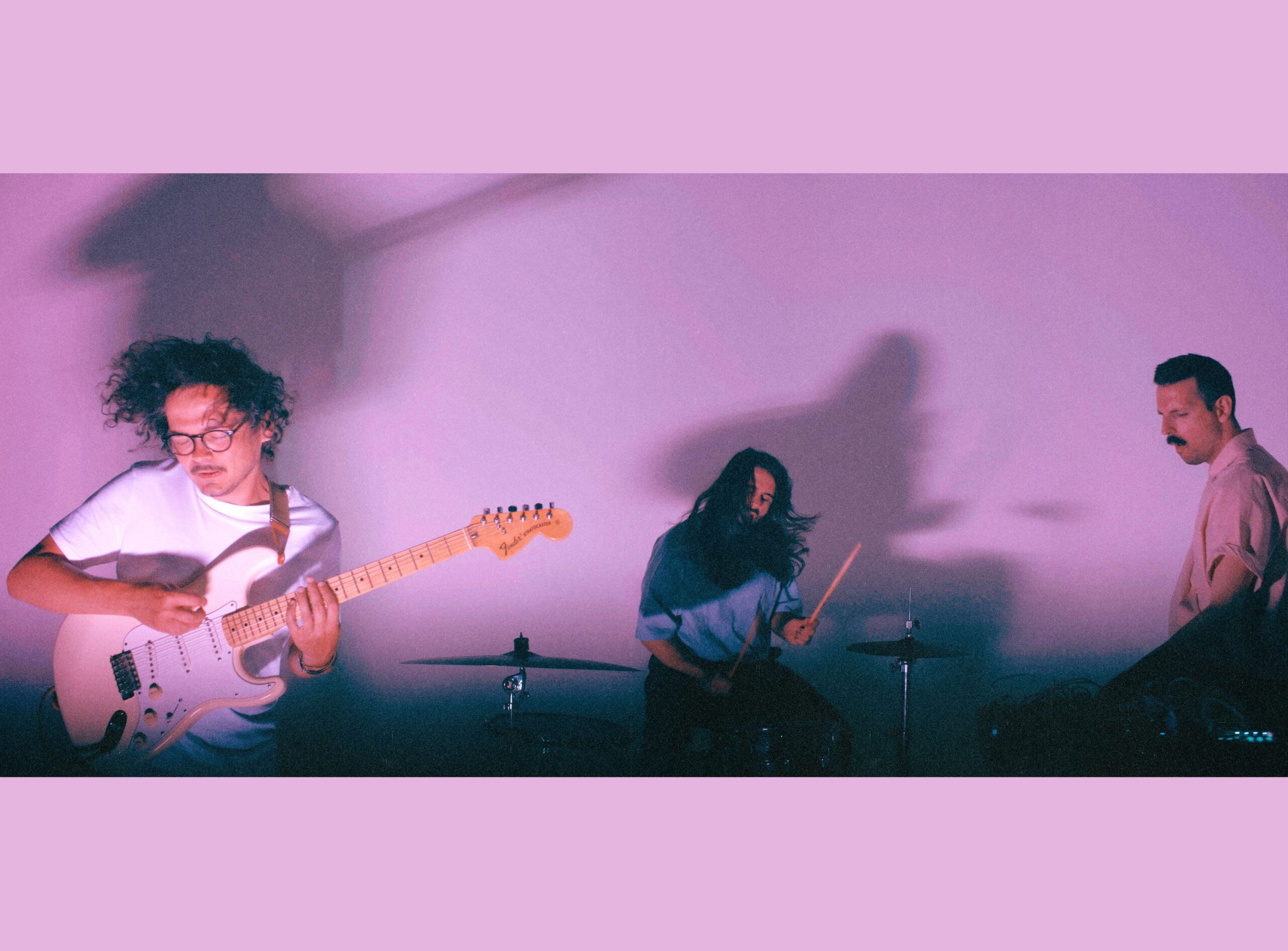 By Pete OverellApril 6, 2022 No Comments

Do you need a song to revitalise your week and help you kick on to Friday? You’re in luck. We’re pleased to present Jean Jean‘s popping new single “Prey Trigger”, releasing on April 8 on all digital platforms. The single is taken from their upcoming record Fog Infinite, which is due out in the autumn of this year, and if this track is anything to go by, it’ll be damn exciting. Jean Jean is a French trio who unleashes waves of electro-rock similar to bands like Battles and Stuff, with intense, high energy rock moments, balanced against trippy and clever synthesizers. Fog Infinite will be their third full-length record, with previous entries to their discography picking up rave reviews.

“Prey Trigger” has a fascinating back story behind it. On tour with fellow Frenchies Carpenter Brut, Jean Jean was chased by a gun-toting Yankee in an area they shouldn’t have been. After managing to escape, they decided to drop that experience to a song, telling the story of how they got away, but only just. The thumping introduction feels like them sprinting away, with things escalating as they go. The way the instruments are spaced creates a massive booming atmosphere, filled with energy. The dialled back middle section ramps up the tension before a huge finale.

The music video we are also premiering was created to mirror the darkness of the situation they faced. Light pastel colours and intense strobes create a dancy and fun atmosphere, contrasting well against the intensity of the music. The band looked like they had a blast making this too, which we always love to see. It was shot by François Galarneau and edited by Gregory Hoepffner.

There aren’t any warnings on the video, so I’ll state it now, those who react to strobe images will need to be careful with this one. Nonetheless, we’re sure you’re going to have a blast, and will no doubt be churning through Jean Jean‘s back catalogue before long!