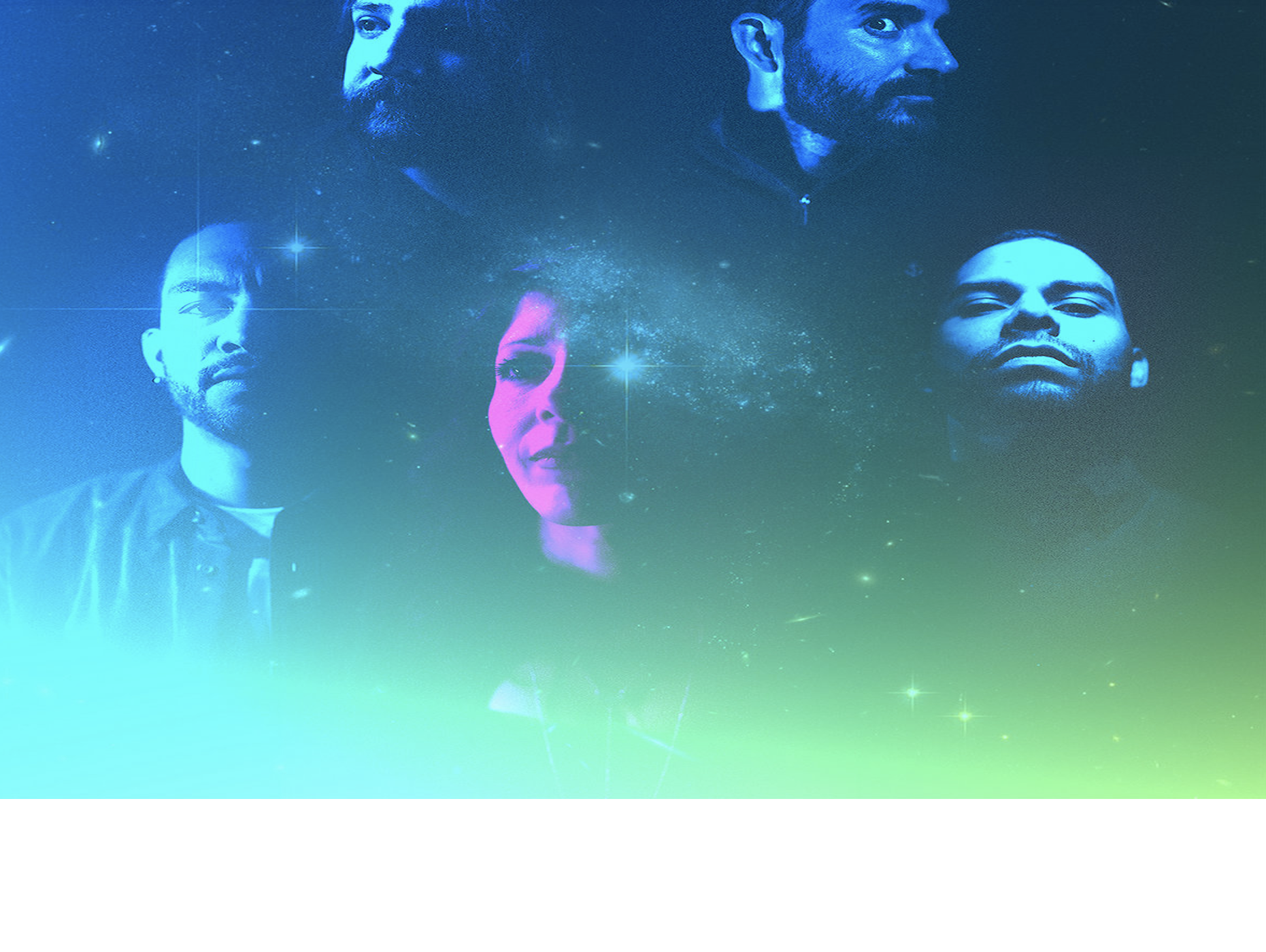 By Carlos Vélez-CancelSeptember 6, 2022 No Comments

There’s no better music that sonically captures the scope and mysticism of space than doom, particularly its stoner and psychedelic derivatives. It might sound redundant to some that may come across this review, but I think the reminder is important to keep in mind when approaching fellow Puerto Rican doom outfit MOTHS, as they succeed in proving so with their debut full-length album Space Force. The band breathes life (and beyond) to a dearly beloved genre through an engrossing display of musicianship, serving the record as a solid listen for the veterans, but also an excellent introduction for those who would like to dip their feet into the doomier side of things.

With an album title as curious as Space Force, MOTHS did not make haste to join in the jest towards this already-bastardized concept. With just one spin, you’re able to easily gather the thoroughness and effort the band was able to put into this work – right from its interestingly tender opener “Space Cowboy’s Ballad”. Ethereal synths gently complement the glimmering guitar leads, instilling a sense of excitement, wonder, and even fear – a feeling I’m sure anyone would have if prepping for a journey to the perceived infinity of space for the very first time. This would soon result to be a mere fleeting moment, as the track immediately warps into a thundering demonstration of progressive doom with “Broken Slumber”.

The aptly titled track shows no remorse in sending you off to the vastness of the celestial in all its overwhelming splendor. There are rises and falls, twists and turns, and instances of stillness made possible by the tight instrumentation. Whether it is the riffing that pummels, gallops and sways sporadically, or the vocals that simultaneously soar and awaken the potential horrors of the cosmos, “Broken Slumber” makes for a great first impression of the musical crevices this genre is still able to dabble in.

Space Force, then, stands out due to its commitment to exploration, much like what the subject they tackle proposes. Aside from a tasteful amalgam of progressive, psychedelic, stoner, and classic doom, the album offers an immersive look at this grand voyage thanks to the subtle but effective production choices juxtaposing the crudeness of the music. It’s all really in the details with this record: flourishes of oscillating light beams can be heard as the lyrics ‘Show me how to free this soul‘ are growled under a crushing rhythm section, and once more amidst the main riff before the chorus hits on the aforementioned “Broken Slumber”. It is also evident on the trenchant “Awake”, where monolithic passages lead to a thrilling tempo change coupled with sound effects akin to being sucked into a vortex, only to land on Mastodon-tinged grooves and a smooth albeit evocative latin jazz outro.

The band also ventures through the retro-futuristic with the following song, “Unbound”. Being an exemplary doom track through and through, “Unbound” has a sonic presence that harkens back to the days of proto-doom and space rock, and basslines that provide a fuzz that hooks you and envelops you in an instant. Here, MOTHS are truly in the pocket – the chemistry between its members is undoubtedly present, with the song’s flow properly showcasing the songwriting prowess each is able to achieve in unison. Contrarily, the title track closes the record with a hell of a space odyssey, acting as a synthesis to this most intriguing cosmic exploration with the same intensity, immersion, and risk-taking exhibited on the rest of the album.

Amusing and consistent, Space Force is one of those albums whose quality seems to not wane, no matter how many times you listen to it. Their attempt at crafting a story through their chameleonic branch of doom – while never losing perspective of having fun in the process – highlights the strengths and continuous potential this subgenre has to offer to the world. One thing’s for certain regarding the record, though: Through it, MOTHS have convinced us that, truly, there’s no place like space. Stay curious and endlessly wander, for your travels as a space cowboy await.