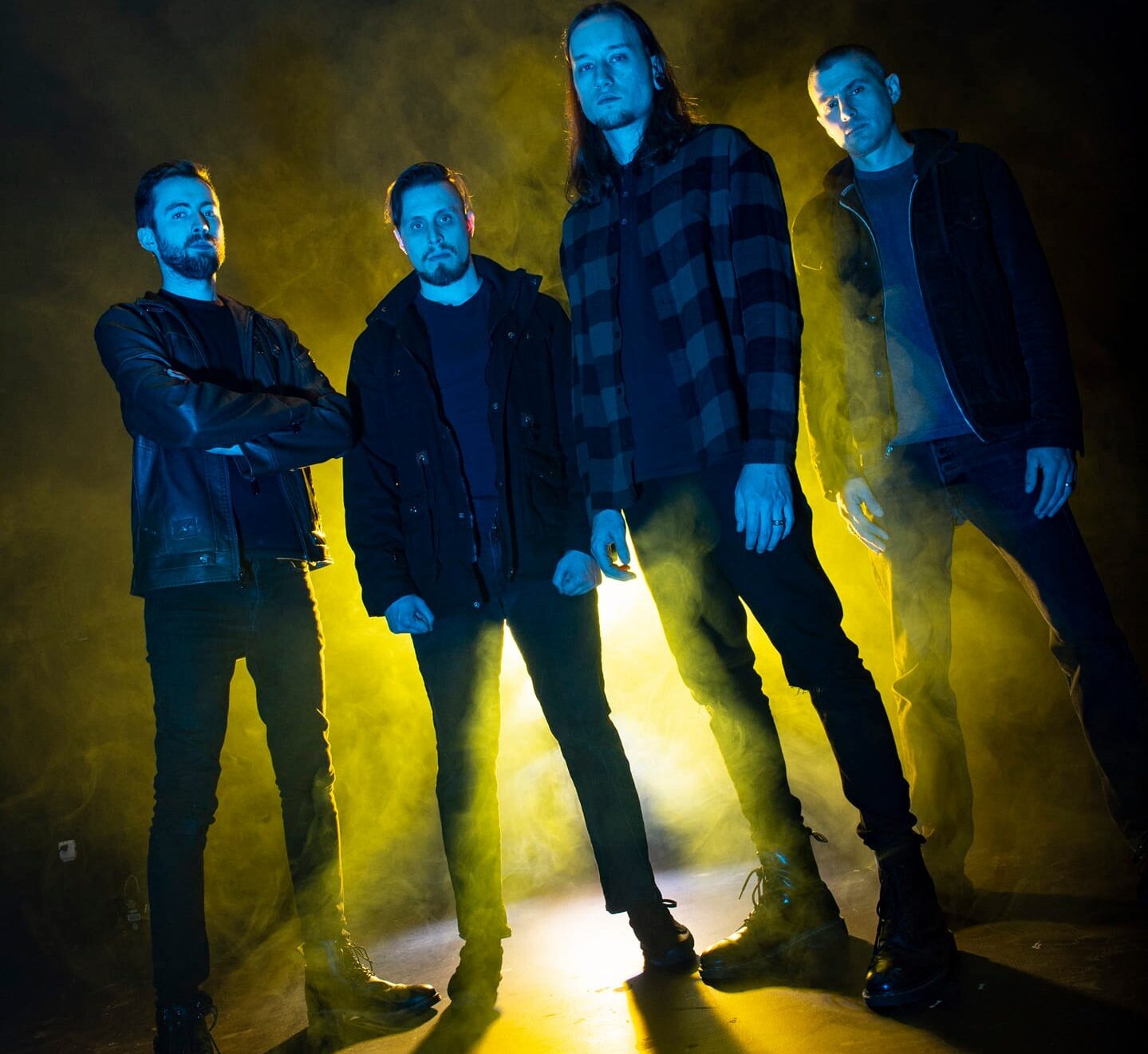 By Landon TurlockSeptember 7, 2022 No Comments

When I first ventured into extreme metal over a decade ago, Fallujah were one of the first acts on my radar. Considering the time when highly polished productions and technicality emerged in the genre, it makes sense. The San Francisco group, led by guitarist Scott Carstairs, took much of the atmospherics and polish shaping modern progressive metal and paired them with death metal speed and technicality. This approach first captured my attention with 2011’s The Harvest Wombs and 2014’s The Flesh Prevails. 2016’s Dreamless and its lead single “The Void Alone” further cemented my interest in their music before 2019’s Undying Light veered off into a direction that left me wanting. With significant line-up changes, and especially the addition of Archaeologist‘s Kyle Schaefer on vocals/synths and the legendary Evan Brewer (The Faceless, Entheos) on bass, I was intrigued by the announcement of Empyrean and its lead singles. So, does Empyrean take us somewhere new and exciting? Does it follow in the meanderings of Undying Light, or recapture the glory days of early Fallujah?

Music is hardly so linear as to give us a clear answer. Opener “The Bitter Taste of Clarity” features atmospheric tremolo picking and whammy bar melodies before exploding into a blackgazey blast beat section. The presence of Brewer’s bass is almost immediately apparent, which is welcome both for his prestigious talents and the often-missing component in modern metal. His deft, percussive performance underscores the riffs here and throughout the album (closer “Artifacts” is another great example of this). However, before long, another tenet of Empyrean is established – a Meshuggah-esque influence that is present in the album’s grooves and Schaefer’s midrange, Kidman-like bark. This indicates a slight shift in Fallujah’s general approach – similarly technical, but a bit slower and more rhythmic without losing the atmospheric guitar work that defines the band.

Single “Radiant Ascension” reintroduces a familiar face for the band – guest Tori Letzler (from 2016’s “The Void Alone”) brings her ethereal vocals back to the fold. The song also features one of the more memorable choruses on the album and some absolutely heroic guitar soloing.

Elsewhere, “Embrace Oblivion” opens with glitchy percussion and mysterious synths that expand the musical range I have come to expect from Fallujah. However, it’s not long before the band erupts into their signature mix of knotted riffs and soaring leads. Later, we hear guest vocals from Katie Thompson in sung duet with Schaefer. Schaefer’s sung vocals introduce new textures to the group’s sound while harkening to guest features of the past. His singing is a recurring and welcome element throughout the remainder of the album, complementing the band’s existing penchant for dynamics and soundscapes without weakening their death metal intensity.

Kyle’s clean singing (alongside some fantastic guests) and synths expand the band’s range while the rest of the act explores a more polyrhythmic, groove-oriented sound than I’ve expected from Fallujah. Brewer’s bass virtuosity only highlights this rhythmic focus. Of course, I know some people prefer their death metal with less polish and production than what Fallujah offer. The pristine nature of the band’s sound is very present on Empyrean, so that has not changed. However, in my opinion, this clarity and intention effectively convey the band’s vision of their own sound.

I think many Fallujah fans were looking for a ‘comeback’ of sorts after 2019’s Undying Light. If you’re such a fan, I believe Empyrean will be a ‘return to form’ for you. Fallujah has taken some time figuring out how to adapt their sound. Still, Empyrean shows they’ve determined how to evolve while staying faithful to what much of their audience enjoys about them.