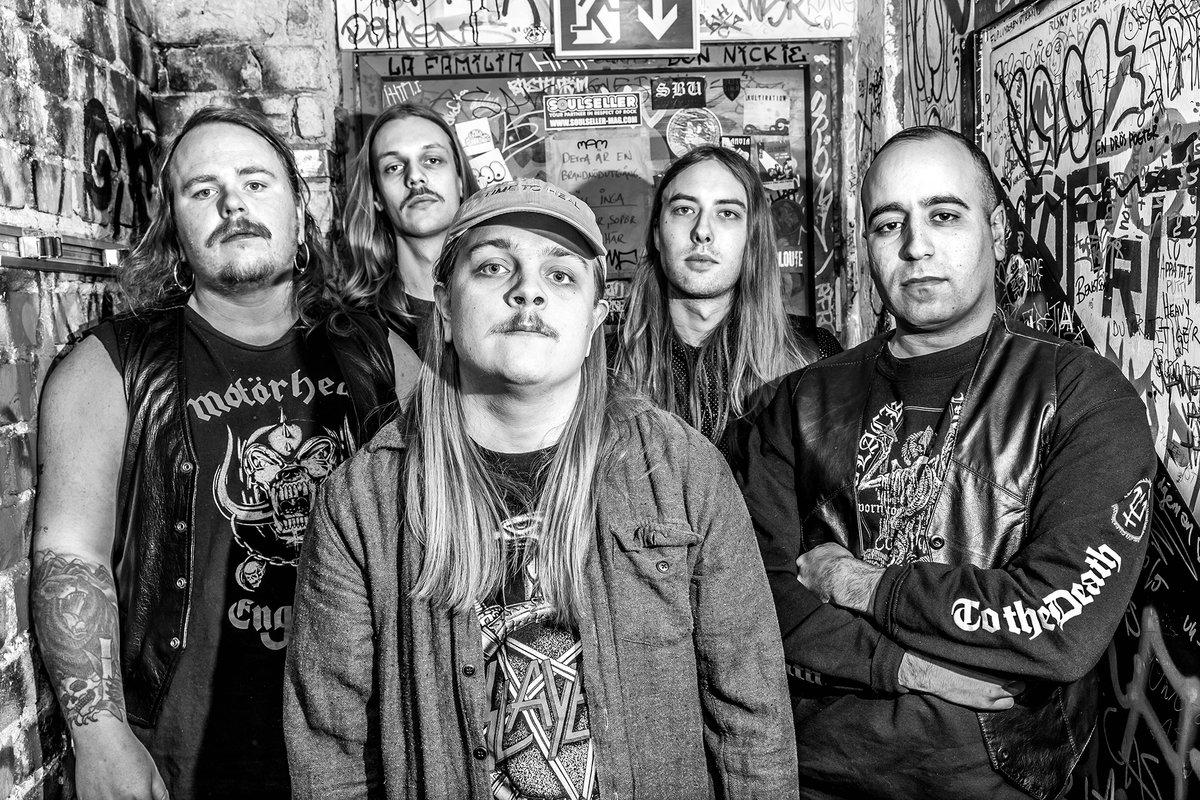 Lowest Creature deliver one of the best thrash metal albums of the recent times in Sacrilegious Pain mixing old school influences with an original sound.

Remember the good old days when thrash metal was the language of rebellion? The music while taking on largely political and world conflict issues, connected with the audiences on a personal level. It spoke to every individual, irrespective of where their anger was directed towards. Bands like Metallica and Anthrax were therapy for every short-tempered teenager. Over the past decade, while metal as a whole has grown larger than ever before, the language of thrash metal has started to fade. The genre has become saturated with bands trying to mimic the classic thrash bands. Very few break the cycle of repetition and deliver something truly rebellious and completely their own. Lowest Creature are one among the few.

The five-piece act from Sweden have been around since 2013, but Sacrilegious Pain marks their debut full-length. Over the span of six years, the band has honed their skills, releasing a couple of EPs along the way. This patience has clearly paid off as Sacrilegious Pain is a solid album, that is both inspired and original. Much like their American counterparts Power Trip, the band creates a fantastic crossover of classic thrash riffs akin to Exodus and Dark Angel, mixed with the hardcore groove of Suicidal Tendencies and D.R.I.

With a playtime of just under 38 minutes, each of the ten tracks on Sacrilegious Pain is crisp and wastes no time to deliver its sheer heaviness. Built on a foundation of chugging riffs, hardcore drumming, and roaring vocals, there is a good structure to each song and the album as a whole. The album possesses noticeable influence of the classics, the groovy riffs on “Reapers Fool” are reminiscent of Exhorder, while the pure speed frenzy on “Breach of Peace” does remind one of Kreator’s finest works. It is the combination and interweaving of these influences that make Sacrilegious Pain such a hard-hitting album. “Let The Darkness Swallow Me Whole” stands as a good example, as it mixes the pure hardcore outburst with whammy bar solos that are evocative of Slayer‘s classic “Raining Blood”.

One of the things that stands out upon multiple spins to this album is the excellent flow to the album. Lowest Creature ensure that the record does not become a monotonous speed monster, by bringing the most unnoticeable pace changes. The instrumental ballad in “Blodets Meridian” comes sandwiched between the two of the most explosive tracks in  “Let The Darkness Swallow Me Whole” and “Suffer in Peace”, providing a much-needed breather. Similarly, “Spiritual Hypocrisy” has a slower, groovy outro that gives the listener a moment of calm before the short and heavy hitting “Grave Digging” takes over. This structure is further complemented by the top-notch production quality. While many modern thrash bands go for either an over-clean production or entirely rough production, Lowest Creature and Joel Grind (from Toxic Holocaust) who mastered the album create the perfect balance between the two. Every guitar riff, bass chord, drum fill, and lyric is perfectly discernible while maintaining a rough sound overall.

I wouldn’t expect Sacrilegious Pain to be a major commercial breakthrough or become the next greatest thrash metal album of all time, but there is no doubt that this is one of the best metal albums of 2019. Through their solid songwriting and well-honed musicianship, Lowest Creature have set a high bar for bands to meet in the future. No more can the old-school elitists frown upon the entire modern thrash community and call it a poor copy of the classic masters. Thrash metal lives on!