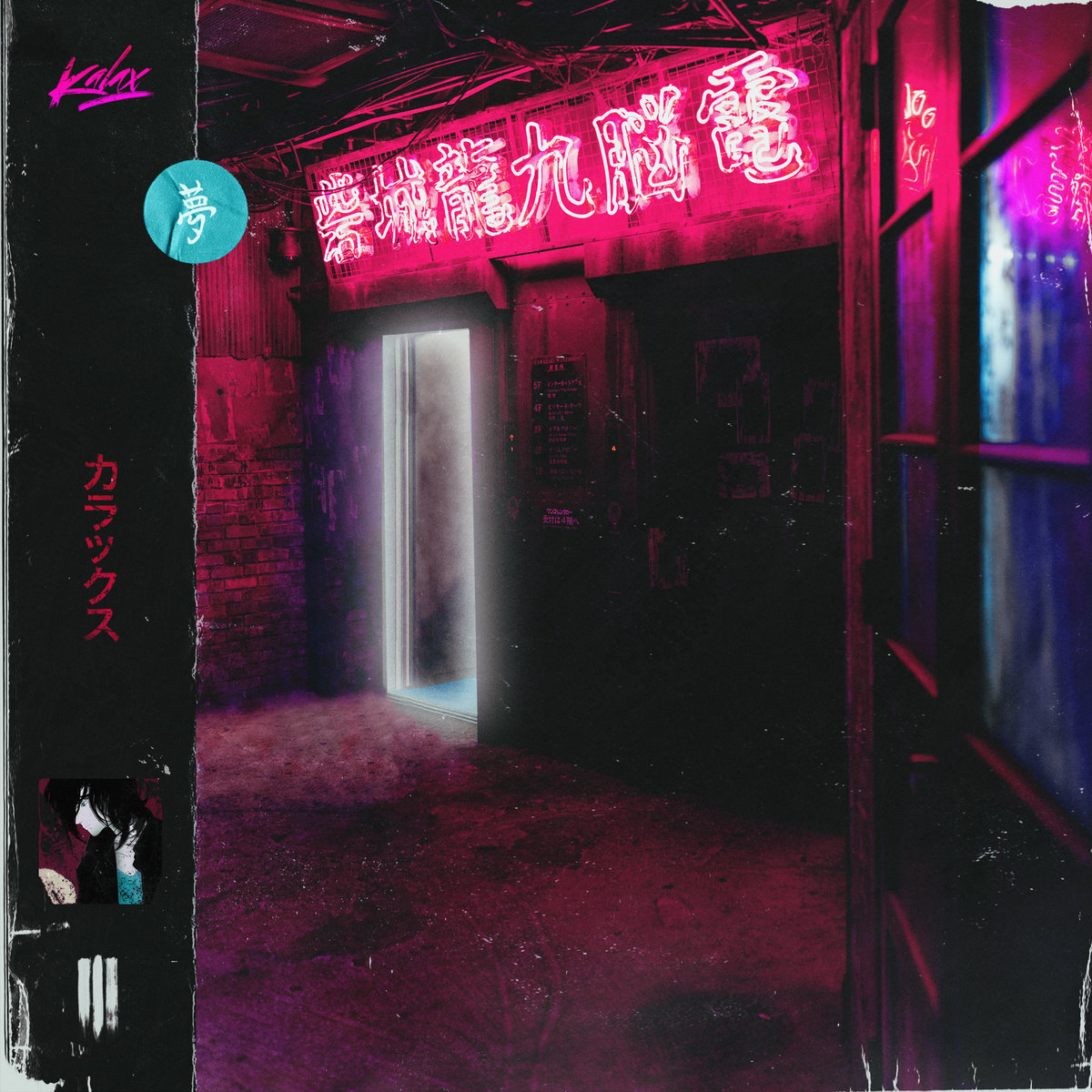 Kalax charms with his neon-soaked synthwave brilliance. It’s brimming with optimism, showing us all that the future is nowhere near as ghastly as we lead ourselves to believe!

Synthwave has become the new ‘do everything yourself from the comfort of your bedroom and hope for a fraction of the success of Pertubator‘ genre, with a veritable cornucopia of various amateur projects leaping up everywhere and vying for attention in a crowded marketplace that at this point looks something like the Troll Market from the second Hellboy film. In case you aren’t familiar with the cinematic works of Guillermo Del Toro, that metaphor means it’s crowded, and full of people that look a bit weird and probably don’t smell too great either. It’s an incredibly oversaturated market is what I’m saying.

By implication, this means the hunt for a new album that is a truly magnificent example of the genre can be almost as tedious as deciphering these metaphors, but thankfully Kalax (not named after IKEA furniture) is here to deliver on the goods. In this case, ‘the goods’ means avoiding the same tired emulations of Vangelis‘ legendary Blade Runner score combined with video game nostalgia, and instead channelling something that could truly be a product of the influential eighties era of electronic music.

His new album III takes two noted approaches with the presentation of tracks: vibrant instrumental offerings that serve to score the intermissions contrasted, and guest vocal additions that serve to progress the record’s narrative. That’s not to say that one approach is more worthy than the other. The instrumental stomp of “Dream” springs to life through bouncing drum machines and sparkling synth shimmer; meanwhile, “Lili” opts for a more tender approach with soft, fluttering electricity that ebbs and flows. This is city traffic at night. Stopping and starting. All at the command of a traffic light as the world around it starts to calm.

Featured guitarist McRocklin (I know!) makes his presence felt multiple times throughout III. However, it’s not until “Neon Blood” that he takes centre stage with a multitude of pure eighties-influenced licks, adding a vibrancy that, whilst entirely electric, also feels incredibly human in its delivery.

Guest vocalists are also to be found here in abundance, taking residence on seven of the albums fifteen tracks; Bristol’s Player One tackles the brilliantly executed “Not Alone” with a commanding yet heartfelt presence akin to FM-84‘s Ollie Wride as the crystalline electronic passages and saxophone bursts make for a sun-soaked backdrop. The duo of PYXIS and Jay Diggs on “Out Of Time” take a far more soulful approach, opting for a romanticised futurism. Here, the vocals are silken and considered, taking time to grow and envelop the listener in this sweeping call for adventure.

The record as a whole is an ambitious vision for Kalax; the pool of talent on show here is truly incredible, and with that does come an extended runtime. Clocking in at over an hour, this isn’t an album to simply just throw on and go about your business – it demands attention. But that isn’t to say there aren’t sticking points. Tracks like “Kawasaki Warehouse” feel unnecessary and passive in an album that otherwise seems to value forward momentum, although some may enjoy a brief respite amidst the action.

Liverpool, England isn’t exactly the centre of the universe for any musical endeavour, and it’s definitely not the neon-bathed metropolis that one would commonly associate with this genre of synthwave. However, one-man project Kalax and his conspirators have gone a long way to inject an authenticity into III that offers enough variation to this increasingly well-trodden genre to genuinely engage the listener. The future is bright for Kalax!