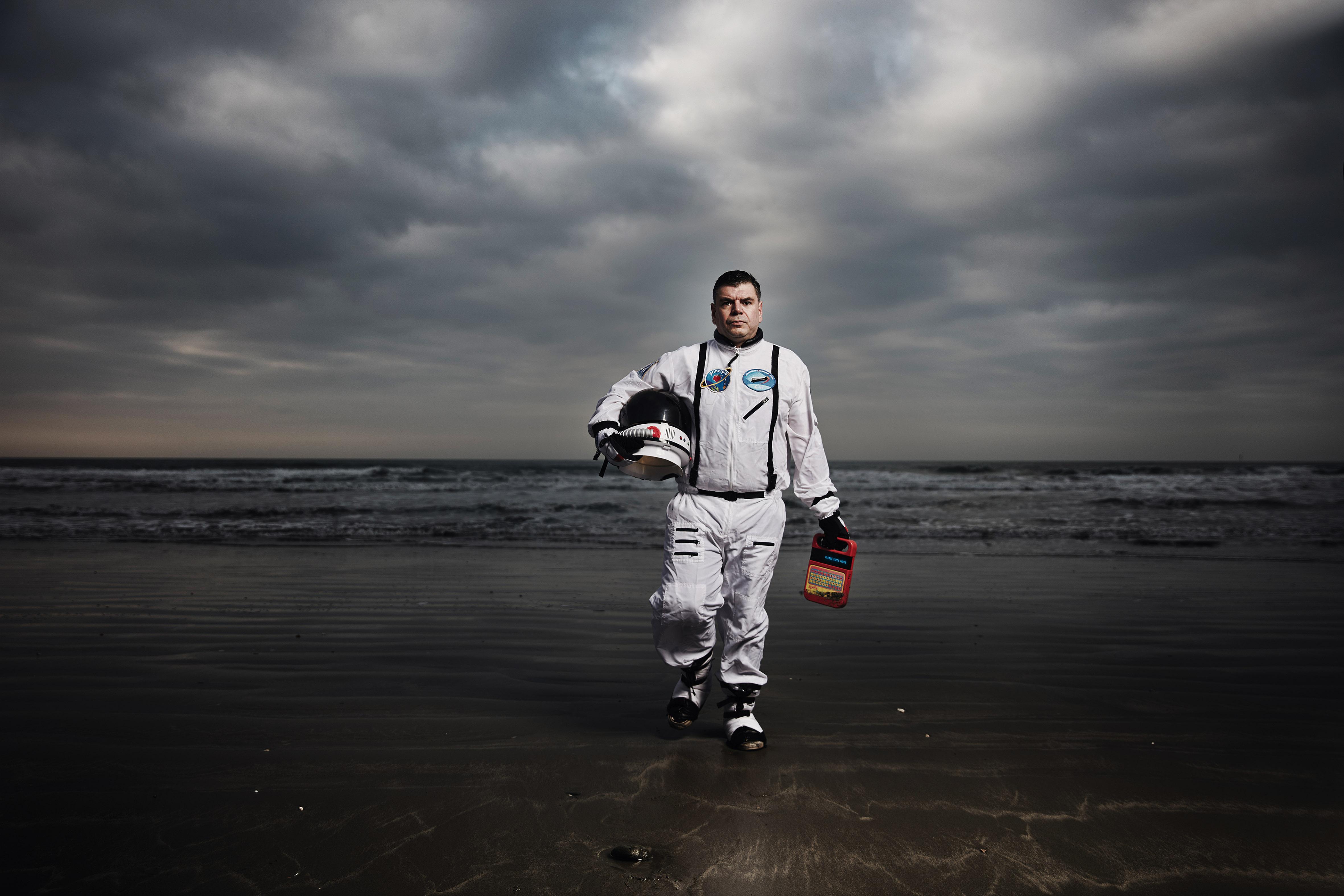 By David RodriguezApril 19, 2019 No Comments

Lonely Robot send their final moving transmission into space with Under Stars, a veritable emotional sci-fi prog rock masterpiece that makes you feel more alive than ever.

I’m often not afforded many opportunities to admire the night sky and the stars seeing as I live in a suburb sandwiched between two bright cities. It’s like seeing a close friend once in while – may not be often, but you cherish it when you do. Lonely Robot, a progressive rock project from John Mitchell (multi-instrumentalist and producer, also from Frost*, Arena, Kino, etc.), is basically my soundtrack to moments like that. For two albums now, they’ve had a wonderfully delightful space epic going following the story of an astronaut’s journey through space and other uncharted realms of sorts told with a gentle take on the genre. The aptly titled Under Stars looks to wrap that story up, keeping intact the band’s sense of wonder and whimsy I’ve always found so endearing.

Not gonna lie, I was a little sad to review this album as it marks the end of the band’s planned work. Mitchell hasn’t said whether or not the project is over per se, but this is the very least the end of an era for them. And what an end it is. I could go over specific songs like any other review – and I likely will a couple times – but I think the best thing to highlight about Lonely Robot is the mood it commands.

When I covered the announcement of the album and the new single that came with it, I likened it to listening to a really good PG-rated science-fiction movie. I still feel that way. More than ever, a sci-fi aesthetic pervades the sound of the band, which helps set it apart from their previous albums. I really like, it since it gives the music a more adventurous feel.

For a concrete example, listen to the progressions of “Inside This Machine” and how it incorporates a catchy melody with the assistance of a theremin, guitar riffs flying on high. It’s like watching ships enter light speed in deep space, shooting across your periphery. I hear the shimmering synths in the beginning of “Icarus” and I see the vivid aurorae that often plaster the dark night skies around the world. The pensive, emotional tones of the title track denote the childhood wonder we get when we look to the sky, curious and inquisitive in our thoughts of what’s really out there. Even these feelings themselves lend to the sci-fi aesthetic as one of the primary tenets of the genre is its explorative themes. With Under Stars, Lonely Robot make me feel like a kid again, wanting to learn more about the universe, and go out into space for a whole new perspective that hardly anyone gets in their life. It makes me crave the calming isolation that would come with it.

It’s not all about the bigger picture though. Lonely Robot also like to take a look at humans themselves, the curious creatures that they are. “Ancient Ascendant”, the lead single, is wry and critical of our penchant to fall into a life rhythm, without any hope (or perhaps attempt) of breaking it to live outside of those constraints, especially with regard to our dependence on technology. Mitchell cleanly sings of our progress and evolution as a people, but shows concern that it may not be as forward-moving as we think. Elsewhere on the record, he also addresses the habit of insincerity and doing things because you’re expected to. There’s a line in “When Gravity Fails” that’s especially biting: ‘Checking in with false empathies, do you feel hashtag proud?‘.

There’s always been this air of disconnection and awareness with the band’s music, shining light on humanity’s less savory quirks or downfalls by holding a mirror up to it. While it does risk being condescending at times, it’s hard to argue against the point. As much as science-fiction focuses on the fantastical boundaries of existence and what lies beyond our known realm, it’s just as fair that it plays with conventions that humans are intimately familiar with, which makes it multifaceted and grounded no matter how spacey things get.

The final track, “An Ending” is just that. Its chorus calls back to the song “Lonely Robot” from the band’s first album, Please Come Home: ‘Please come home, Lonely Robot / Your heart is beautiful, programmed to receive‘. “An Ending” is a somber final transmission of sorts, functioning as both the last thing we hear in the story and from the band themselves. The representation of humanity being made up of ‘lonely robots’ also comes full circle here, making this a real fitting end for Under Stars. It’s notable to keep in mind that while this album feels complete, tying up a lot of loose ends and being a fulfilling emotional conclusion to something started years ago, it doesn’t actually offer any answers. But it does make you think, and feel. Imagine that – prog rock as catalyst for critical thinking and personal warmth.

I understand I’m still riding high on the hype of this album, but in re-listening to the other Lonely Robot albums for this review, I’ve come to the conclusion that they are one of the most important progressive rock bands to me. Like Steven Wilson and his Porcupine Tree, I feel a deep personal connection with this music that definitely colors my opinion and experience of it. What Wilson does with his music to make us feel sorrow and forlorn, Lonely Robot does in different ways to give a feeling of smallness in the vastness of the known universe, or the emotional complexity that comes with exploring things unknown to you. It’s nothing short of a magical feeling that I think only a small number of things can give you in life, and it’s something that the band has always been very adept at delivering. This album is no different – perhaps the best at it.

Lonely Robot have proven to be one of my favorite progressive bands of the decade by becoming more nuanced and emotive over time. Under Stars is their bittersweet apex – an ending of a years-long journey. Where they go from here as a project, who knows, but if they continue to bring the same tender, crisp, and shiny chrome sheen of their sound to other adventures, I can’t say I would turn it down. This is lovely music that I think a lot of people have the capacity to enjoy, and I hope at least half of you reading this take the Lonely Robot journey and feel even half the passion I get from it.