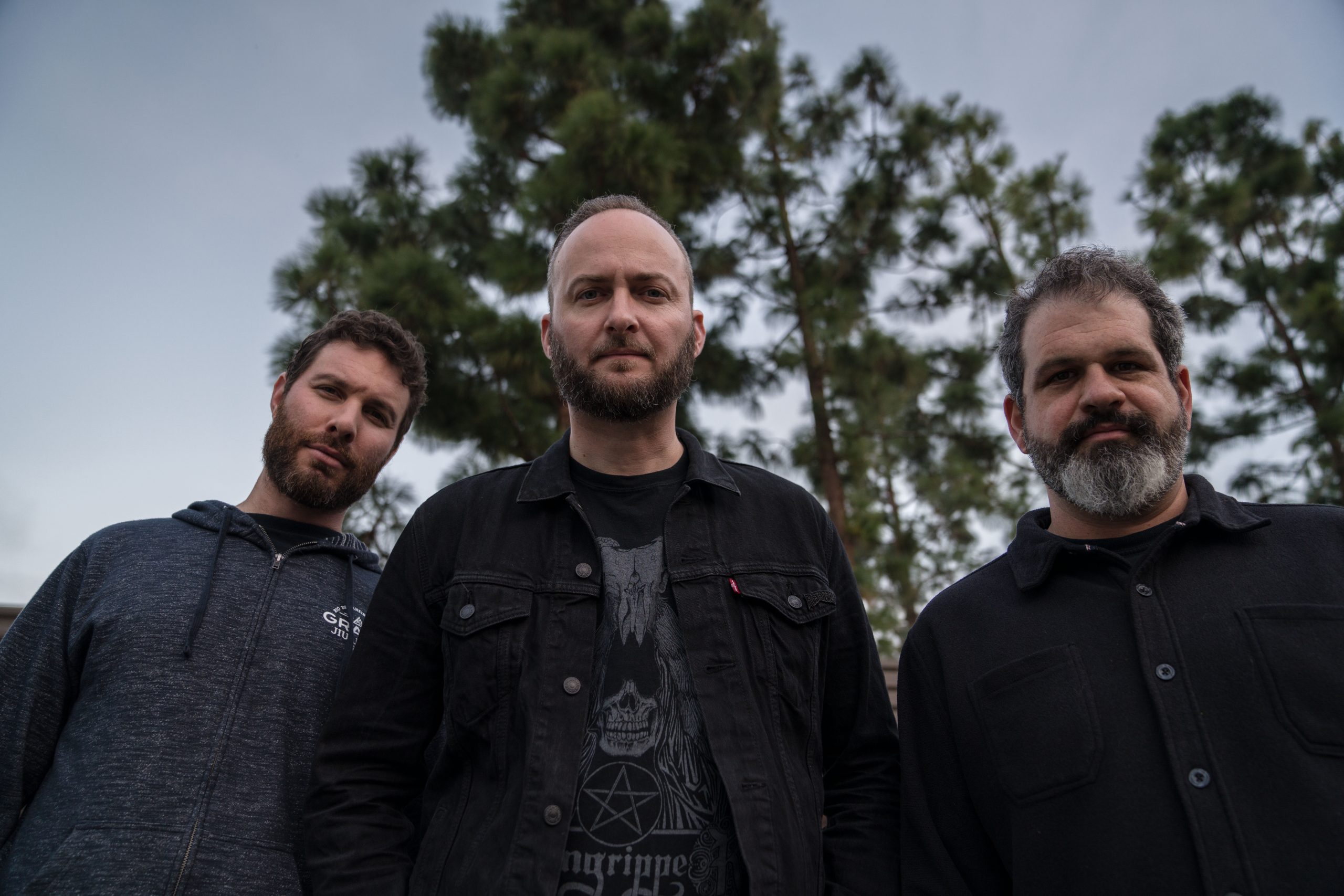 By David RodriguezFebruary 21, 2020 No Comments

If Intronaut were the popular kid in school, Fluid Existential Inversions would be yet another stellar house party hosted by them that pleases in a myriad of ways, just bigger.

Early in “Sour Everythings”, a lyric utilizing the expression of ‘missing the forest for the trees’ is heard. It’s the final track of Intronaut‘s latest album, Fluid Existential Inversions, and yet says the most about their music. After enjoying the LA prog metal band for a few years, I’ve found the best way to dig into their work is to look at that forest. Absorb all elements, framed within the context they’re placed in – this is how you get to appreciate Intronaut for what they are which is, in short, a damn good band.

Every musical tone is bent and angled like light through a prism, the next more supremely appetizing than the last. In a realm like progressive music, sounds can be spread with wanton, near infinite range, and Intronaut are thinking big with this album. It’s an exercise in bleeding the heavier craftwork with its might into the magic, hallucinogenic climate that their songs so often gracefully slip into. It’s important that they don’t bleed the body too much – this duality is what makes the band so great, so a balance must be achieved.

To this effect, Fluid Existential Inversions appears to be more balanced than a breakfast with Cheerios in it. It’s effortless to this trio – push a fierce trojan horse of riffs and double bass that never overindulges, then drop the ramp and unleash the melty atmosphere of the band’s more elegant and spacey side to invade you like a Greek army. It’s a subtle form of surrender, offering your mental space to something that would so melodiously enrich it.

Many songs achieve that balance well and in interesting ways. The lead single “Cubensis” was an exceptional ‘best foot forward’ scenario for the album because it showcased a lot of what I love about it and Intronaut in general. The enunciated vocals, whirlwind guitars, metamorphic drums, the plays with tone and timbre as the song transcends itself, before returning to its roots. Progression truly is the name of the game here. This continues on and on throughout the record.

I’m not forced to pick sides here, but I will mention for what little journalistic integrity I may have that I went into this album a bigger fan of Intronaut‘s softer side. Although hugely adept at throwing mass around in delightful ways, I just resonated more with what they did when they slowed things down and drenched their music in some reverb and emotion. It’s as if songs like “The Cull” and “Speaking of Orbs” heard me say this and confidently retorted with ‘hold my beer’, while they showed off some of the most impressive heavy sections the band has ever written. Also, can I just say that the bass was really doing its thing here? It’s regularly audible and it cranks out some legitimately groovy segments that enhance the moods of songs so well. Case-in-point: “Pangloss”.

Every song just tenderizes and wraps you up in a blanket of ethereal calm. The moments of weight are catchy, while the lighter ones expect you to bask in the floaty ambiance. It’s a vivid, fantastic landscape of sound that hammers spires of color to and from your sight when appropriate, nothing appearing or leaving sooner than it should. Intronaut, probably more than ever before, have made a wonderfully tactile progressive metal experience that’s rewarding and eloquent.

Fluid Existential Inversions is the Alka-Seltzer tablet of the prog metal world. Beginning with a bang of energy and reaction that stimulates the senses, it will eventually calm into the tingling, evocative elixir that cures so many of life’s ails. Intronaut are maturing into a new band – this album shows that them thinking bigger and shirking any reservations they may have had about growing their craft were met with an artistic victory. It also goes to show that, while you can surely enjoy the magnificence of a single tree, the forest will offer exponentially more awe.