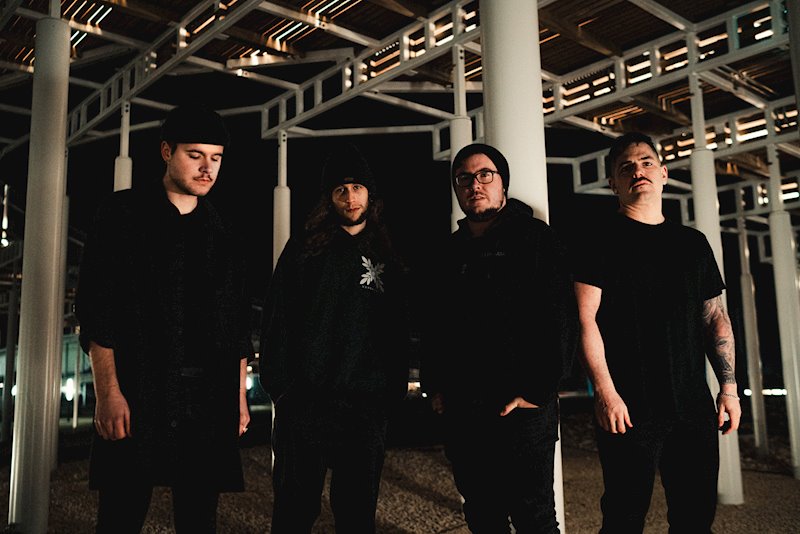 Today, we’re stoked to unveil “Arya”, the first single and music video from the Swiss djenty and progressive death metal powerhouse Alchemists, taken from their upcoming debut album. This album, titled Chapter One : Love, will see the light of day on March 27 through Tenacity Music. Without further ado, hit play on the video below, and get set to be blown to smithereens by the thumping low-end heavy pummeling, and bear with my ramblings afterwards.

The Alchemists quartet is a newer addition to the crest of a death metal derivative wave that has been steadily rising within the past few years. Their style is a dialectal compound of atmospheric progressive death metal with a hardcore touch, rediscovering a somewhat familiar overall sound that has remained mostly in a hibernation mode as of late. “Arya” is a prime cut from the forthcoming album, showcasing the band on their most vicious form, without giving in on the melodic side even in the slightest. Catchy choruses make the world go round, and such is the case with this one as well.

Musical hooks aside, the clip itself is mostly a performance video, seeing the band being encircled by seemingly paranoid people in pale white masks. These masks are then brought to the forefront in close-up shots, where we see them being cut and shaped, being burnt, being re-cast, and eventually crushed, without forgetting the tad of peculiar caressing in between. Take that as you will, but after repeated views I started to make sense out of the storyline that at first glance might seem shallow and superficial. Much like the music, also the visual experience digs deeper than one might’ve expected at first. That’s just beautiful.

Follow Alchemists on Facebook to stay up to speed about the upcoming full-length as well as other news, and be sure to check out their label’s sites for physical and digital releases.