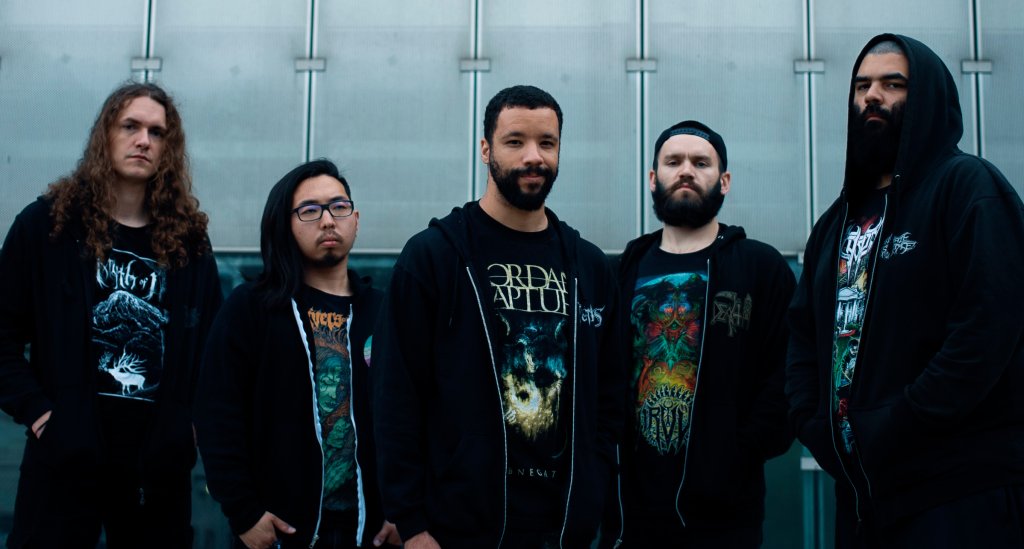 By Landon TurlockSeptember 30, 2021 No Comments

On Vile Genesis, Inferi delivers their most polished and focused album yet, making a record that is one of the strongest death metal offerings of their career and this year.

Like any genre, death metal has facets that will appeal to some fans while pushing away others. Because the genre is extreme by nature, it is often prone to excess: lengthy songs, overstuffed arrangements, technicality at the expense of melodicism or memorability, not to mention lyrical themes that often foray into the problematic. It took me a while to find exactly what makes a good death metal record for me. It tends to be polished production, focused arrangements, variety in tone and tempo, melodic and memorable phrases, and bonus points for song-serving technicality and symphonic elements. I am pleased to report that today’s album in review, Vile Genesis, the fifth (depending how you count) outing from melodic/technical death metal act Inferi, checks all those boxes.

Inferi have been releasing music since 2007’s Divinity in War. Driven by the incredibly prolific sole original member Malcolm Pugh (guitar/backing vocals, bassist in Demon King, solo artist with A Loathing Requiem, ex-Entheos guitarist, and co-founder of the excellent The Artisan Era record label), the band has developed and finessed their unique take on death metal over the past fourteen years. The band has retained a melodic and somewhat neoclassical death metal brand that has become less thrashy and more technical over time. In addition, blackened and symphonic influences have become increasingly prevalent with newer releases. To fund Vile Genesis in light of the canceled tours of 2020 and 2021, the band released a Lovecraftian-inspired EP, Of Sunless Realms, in late 2020. It’s unclear whether some of the songs that made up that release were initially intended for Vile Genesis. Regardless, Vile Genesis has the fewest tracks of any Inferi album and the shortest run time since their debut.

Does this make the album feel rushed or undercooked? Quite the opposite. With production from Dave Otero (who has worked on several notable records, but most recently Archspire and Khemmis‘ new outings), the album is the most focused and polished of the band’s career. Where previous albums contained songs with slightly overlong introductions or run times, only one piece on Vile Genesis peaks close to the seven-minute mark. Further, with Otero’s masterful mixing at the helm, all of the many elements in Inferi‘s songs (blast beats and pummeling drums, shredding dual guitars, melodic bass lines, string arrangements, shrieks and bellows, and piano) shine without ever feeling overpowered or hollow.

“Simian Hive” is perhaps the best example of the album’s focus and maturity. Starting off at full blast, riffs wind in and out of one another with melodic and neoclassical elements alongside vocalist Stevie Boiser’s excellent black metal shrieks and death metal growls. A dual harmony guitar lead then commands the stage. All this happens in the first 60 seconds of the song, demonstrating how much Inferi effectively fits into their arrangements. However, with some elements repeating throughout the track, the listener has something melodic to grab hold of in the metallic maelstrom. After that, there’s a slight drop in energy with chugging guitars and symphonic swells, erupting into another harmonized guitar solo. We are then led into a section at 2:50 that I have no doubt will be a crowd favourite. I can already picture moshing to the staccato 6/8 riff with the crowd screaming alongside Boiser: ‘Now it’s nearly complete.’

We can already see how Inferi checks my boxes of melodic, memorable, symphonic, and focused. But how about dynamic? The first single, “Mesmeric Horror”, answers that question, while also accompanied by probably my favourite metal music video ever (if cartoon violence isn’t for you, maybe don’t watch). The song is comparably slow for Inferi, opening with mysterious clean guitars before opening up with a mid-tempo section that eventually picks up the pace. We get another clean break at 2:46, but the song uses a mix of tempos and grooves throughout to craft something memorable and effective. This impressive command of dynamics helps every song section hit hard instead of blurring into each other.

As is evident, Vile Genesis has everything I need from a death metal record. The album shows Inferi at their best, and if this album is not their most impressive outing thus far, I would be hard-pressed to identify which one is. No performance is lacklustre, but the riffs and solos from Pugh and Mike Low shine exceptionally bright. I have no doubt that Vile Genesis will appeal to Inferi‘s existing audience while growing their base significantly. Vile Genesis is certainly a contender for death metal album of the year.