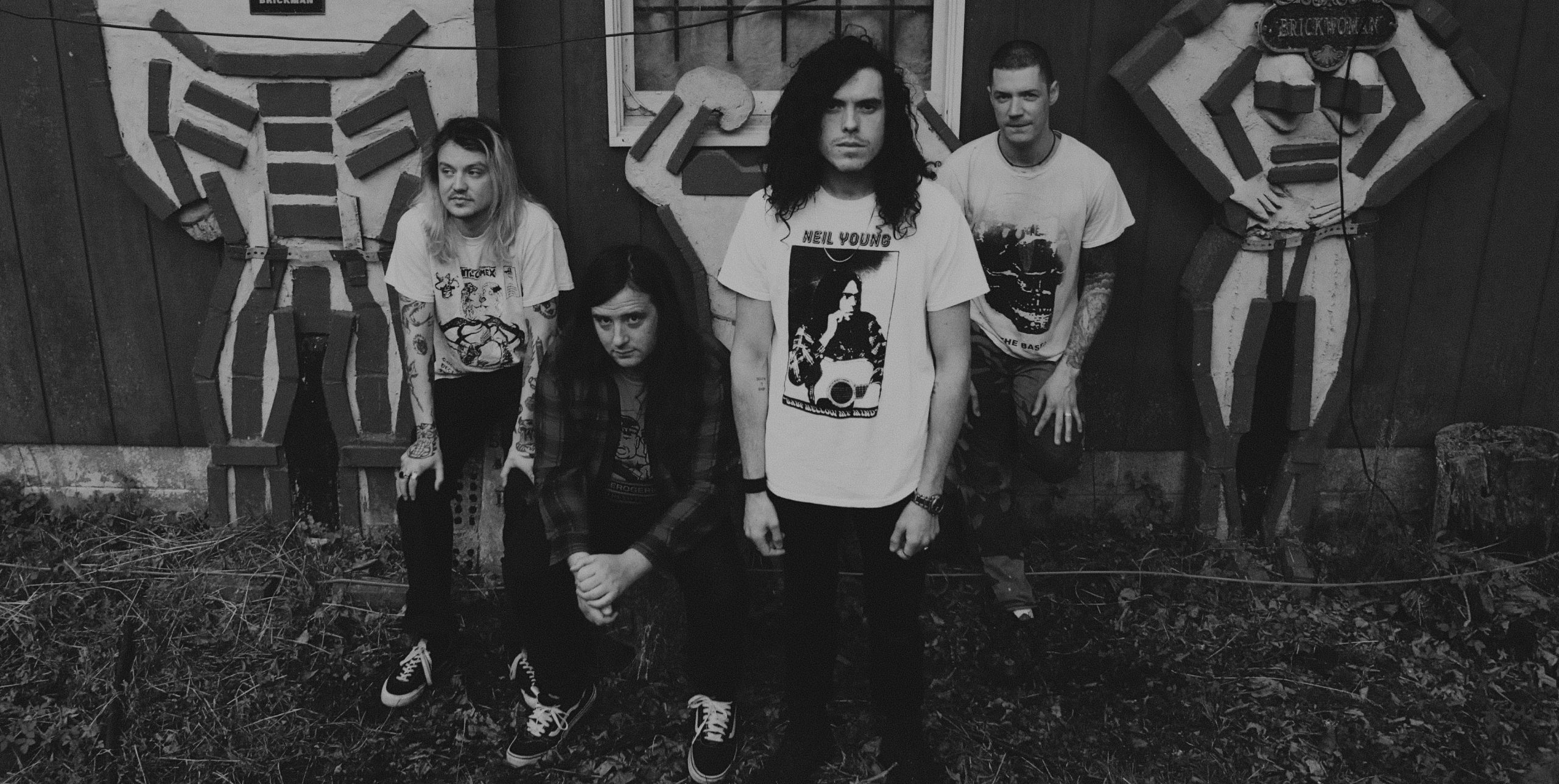 With Garden of Burning Apparitions, Full of Hell reaps the glorious yield of what they’ve sown with their indivisible artistic integrity for the past decade.

Consistency isn’t something that can be taken for granted, especially when talking about artists that release material at a pace far more rapid than usual, and even more so when the artists’ overall mien emphasizes the aspect of being an experimental act. Since it is a bit of a hit-or-miss territory, mostly underlining the latter factor, there’s a plethora of examples of artists either getting too ambitious altogether or delusional enough to think that their audience needs to hear absolutely every single artsy brain fart the performer gets. Don’t get me wrong now – the second scenario can also yield wonderful results, but it takes a lot more than a head-over-heels attitude to make shit stick, so to speak. Regardless of whether they have prepared and planned a grand scheme with their existence or not, the bands who manage to pull it off in a tasty fashion tend to get noticed and bask in the glory of positive repercussions. Full of Hell is one of those select few.

Counting out the numerous collaborations stretching their artistic canvas far and wide, Garden of Burning Apparitions is Full of Hell‘s fifth full-length, out on the 1st of October via Relapse Records. It’s highly unusual for a band with their aural appearance to become as big as they have during the past decade, and it’s been a thrilling ride to follow from day one. There’s nothing holding them back as they systematically expand their noisy universe with each release, and ultimately with every passing day. While Full of Hell‘s various collaborations with such artists as Merzbow and the Body, amongst others, have been simply wonderful, they still flourish the most on their own, with Garden of Burning Apparitions being the newest testament to the fact.

While it’s clear that having near forty releases in the span of only eleven years shows that the band obviously doesn’t rest on its laurels, perhaps the most intriguing and therefore fascinating aspect to them is that they are constantly evolving, transforming, and moving to an undisclosed direction with everything they’re doing. There’s no recursions, no half-assed fillers, no sense of faux ambitions left unmet, and first and foremost, no telling of where they’re headed next, keeping the integral angle of unpredictability intact. You just need to sit tight and see what they’re going to throw your way, and more often than not with the band in question, you’ll be left utterly annihilated with a stupid grin on your face.

Sometimes these shifts are gradual and subtle, sometimes more massive and in your face. In Full of Hell‘s case, on their main timeline, the quartet frequently utilizes detail work as the main characteristic edge that each of their albums have individually. On Garden of Burning Apparitions, this key element lies in the destructive, ultra-distorted atmosphere and oddly satisfactory, compelling grooves.

“Guided Blight” jumpstarts the machinery without much of a warning. Dylan Walker’s alternating vocals with somewhat of a conversational value top the equally unrelenting and bouncing instrumentation, with the whole band demonstrating their unique nature right from the first seconds onward. “Asphyxiant Blessing” continues in similar fashion, but starts throwing in some curveballs in the shape of death metal-esque half-melodies and a massively towering outro, summoning a sensation of walking directly into Hell’s maw without much of a how do you do. The aforementioned atmosphere showcases itself during the track’s final bit, as well as on “Murmuring Foul Spring”, which starts on an ominous note, proceeds to a full-blown rampage for a minute, and ends on a blistering beatdown section that carries us into the noise track “Derelict Satellite”.

Being one of the longest tracks on the album and built entirely out of harsh noise components and Walker’s agonizing vocals, it’s also one of the most interesting ones to be found here, and not in the least due to its unforgiving, eerie ambiance. I’ve always found the noisy end of Full of Hell particularly fascinating, whether being presented as their own entities as the FOH NOISE series, or as parts of something more constructed, i.e. albums. The second noise track “Non-Atomism”, which unfolds itself later on, is more of a bridge to the closing track, being mainly stereo destruction made up of blast beats, noise makers/machines, and some overlapping, panned vocals coming from someone clearly transcending their human form.

Now, if I come across as just jumping from track to track with this analysis, please note that just like most of their earlier albums, Garden of Burning Apparitions is an entirety – a complete body of work where each song plays a part in crafting the grand image of the album, seamlessly flowing together, clinging onto each other. It really wouldn’t make sense to overstay my welcome with each track either, since I’m sure you’d like to discover things on your own as well.

“Eroding Shells” and “All Bells Ringing” are good examples of the heavy grooves adding depth to the album overall, and demonstrate how Full of Hell are capable to amp and keep up the intensity without going all-in at all times. Sure, both tracks still feature mind-boggling instrumental brutality, but the compelling riffs are simply uncanny. The effects being used this time throughout the board are perhaps more well-suited and fitting than on the past album or two, and bring in a lot of nuance instead of standing out on their own too much. The tremolo pedals/fx used on “Urching Thrones”, “Industrial Messiah Complex”, and “Reeking Tunnels”, for example, also generate a sense of unspoken continuity between the tracks that’s not even noticeable at first but helps melting all the distinct leanings on different tracks together. I’ve mentioned the album’s unique atmosphere quite a few times already, but it’s worth noting that it grows stronger towards the end of the album, being heavily emphasized on the mid-paced bulldozer “Reeking Tunnels” with its stop-and-go rhythm and downright rock feel at times.

After the second ruckus bridge that is “Non-Atomism”, the closer “Celestial Heirarch” brings the record to a close in an overwhelming manner, seemingly picking up a thing from here and another one from there, coming across as somewhat of a compression of the entire album, which honestly works like a fucking charm. It’s as if the band wanted to make you experience all the beating and turmoil you just went through one more time, but squared, and do a damn fine job with it, leaving us off with grating feedback and a sense of closure.

As expected, Garden of Burning Apparitions poses a band on the top of their game, tightening the screws to their limits but still keeping it all so eloquently together. Full of Hell has produced an immense amount of material with an astonishing quality throughout their entire career, and if anything, this new album shows that they aren’t planning on toning it down, ever. Perhaps the greatest thing with the band is that even though you can be quite sure they’ll most definitely deliver, you can’t really opine their means or forebode how exactly are they going to do so this time around. You just need to wait in awe, experience them in equal manner, and be left with it long after the last notes have rung out. There simply is no other like Full of Hell.