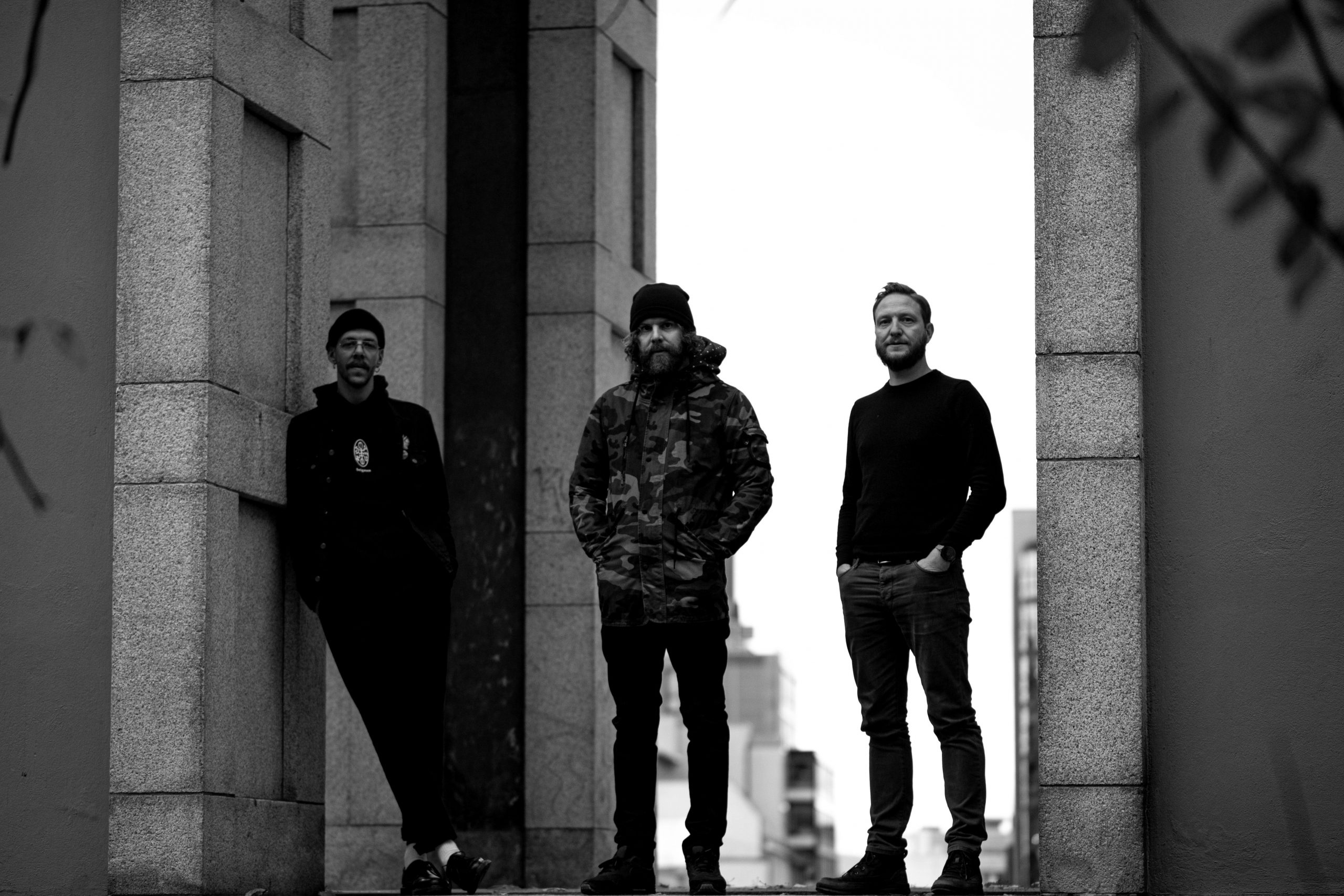 If you like music that is pure, raw aggression from the start, then you clicked on the right premiere. Today we are proud to present the newest video from noisy, angry rock trio Rongeur. “Nixonian Echoes” is the latest single from the band’s upcoming album. If you have listened to Rongeur before, you know what to expect. If this is your first time with the band, be prepared to get your ass kicked by a vicious onslaught of downtuned riffs and relentless drumming. Their dynamic playing is accentuated by layers of feedback and distortion and highlighted by a raw and energetic vocal performance. They’re hard to pin down into any genre, but dabble into many realms of heavy, fuzzy, and most importantly, angry.

“Nixonian Echoes” is a continuation of the sound the band has been establishing since their inception in 2012. It’s produced well, but raw in instrumental feel and performance with a ton of feedback from the lovely tube amps Rongeur are fond of. The title of the track implies a political nature, and the band has admitted that the upcoming Glacier Tongue does lean into that more than its predecessor. However, “Nixonian Echoes” is still rife with the same misanthropic disdain the group have become known for. The video is incredibly straight-forward but effective in its delivery, highlighting the trio from multiple angles as they rip through the track with a dark background and lights illuminating them.

‘The creator of the music video “Nixonian Echoes”, Endre Lohne, expresses that the goal was to reflect the aggressiveness of the tune. To achieve this, the idea of the classic live music video with sharp lighting on each member of the band was combined with a gloomy sentiment and hard contrasts. On the monumental site of the now deconsecrated Cultural Church Jakob we managed to fulfil this vision in a stripped down but meaningful way.’

I personally can’t wait for the new album from Rongeur, and “Nixonian Echoes” is a quick favorite from their catalog for me. That opening bass is heavy as hell and that intro riff gives me heavy Mastodon vibes and has been stuck in my head all day. Be sure to follow the band on Facebook for more updates and stop by Bandcamp to hear more and maybe pick up some new music if you like what you hear so far!