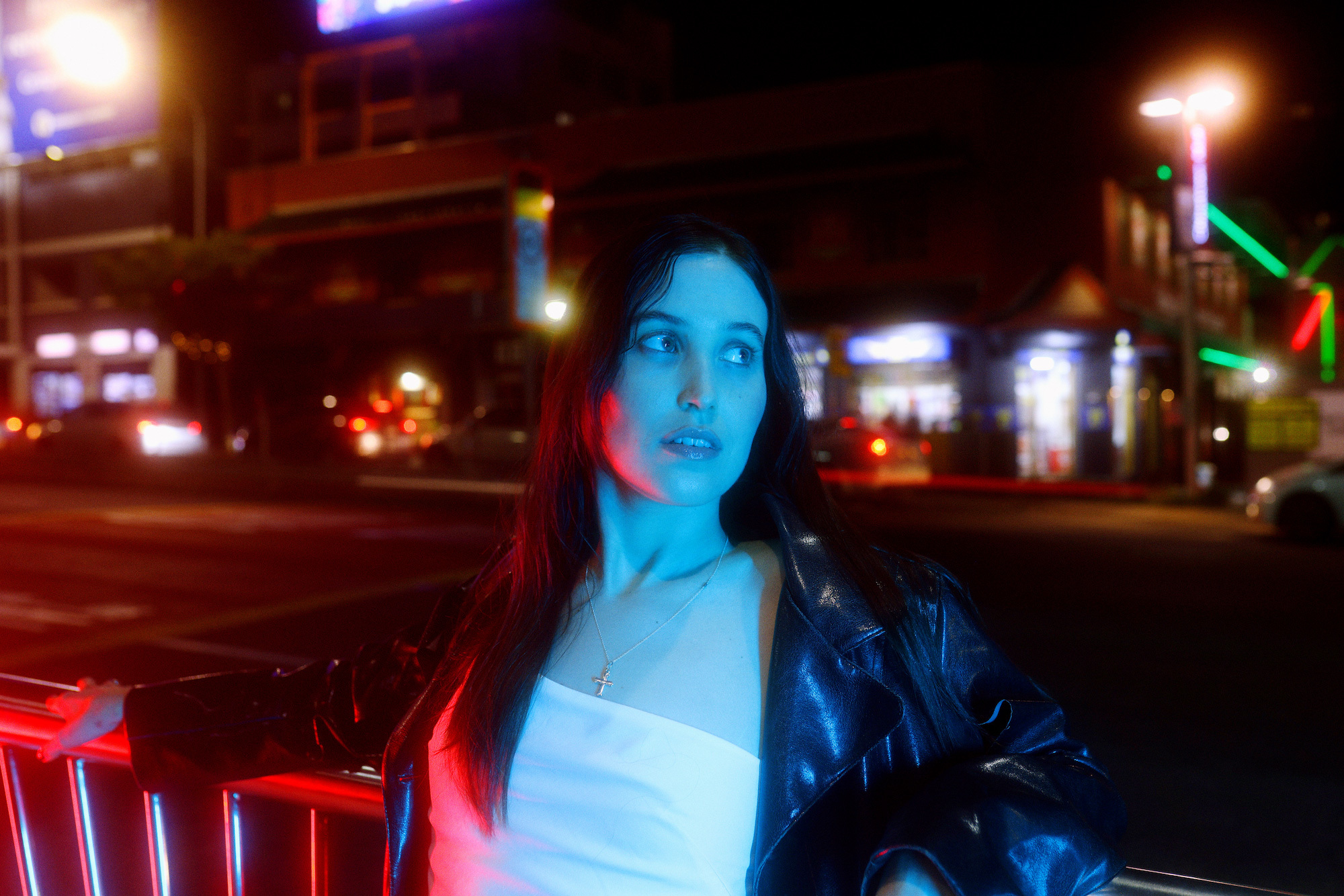 Australian singer-songwriter Hatchie avoids using nostalgia as a mere novelty and brings us a compelling collection of throwback-tinged alt-pop tracks with Giving The World Away.

You know, I found out about Australian singer-songwriter Harriette Pilbeam’s project Hatchie through Olivia Rodrigo. No, really – after discovering that Dan Nigro of As Tall As Lions fame, a band which I absolutely adore, had produced Rodrigo’s breakthrough single “Driver’s License”, curiosity took the best of me and I googled his name to see what other artists he has collaborated with (and kind of see what was he generally up to, honestly). Enter Hatchie and “Quicksand”, an atmospheric dance pop track (which Nigro helped co-write) laced with just the right amount of angst and a powerful chorus that sold me upon first listen. This song would result in being one of the singles for her latest offering Giving The World Away and let me just say, Hatchie is a name you might want to keep an eye on.

Giving The World Away is instantly approachable, laying out a collection of alt-pop tracks that are simultaneously lush and grand. The opening song “Lights On” lets you know this unashamedly, concocting a swirl of shimmering guitar leads, spacey synths, and commanding percussions that sends you soaring about in ecstatic fashion. Hatchie’s vocal delivery is mysteriously contagious, adorned with a bit of reverb and a bite that exerts a sense of emotional confidence that is always refreshing to hear in music.

This apparent confidence is not merely a coincidence, as Giving The World Away sees Hatchie tackling the record through the lens of honesty and general openness towards others and towards herself. She further comments about the album:

‘I was being more honest with my feelings and with my thoughts, with myself and with other people. I was trying to get over a lot of the barriers that I built myself. In some ways it worked, but in some ways I’m still working through all that stuff.’

Fittingly, the title track perfectly captures this very sentiment. Here, Hatchie finds herself at odds with a demanding world – a constant struggle to save a piece of herself from outside expectations. It is a situation that is undoubtedly exhausting, with the overall cold and stoic demeanor of the song further amplifying this sudden contemplation.

Opening yourself to the world also comes with confronting your vulnerabilities and perceived limitations, and Hatchie does just that on this album. Take “Twin”, for instance, a sparkling new wave track that, although could very well be a love song, also certainly sees her relating about experiencing bouts of creative inspiration only to realize that it’s all temporary, thus falling into mundanity once more. It’s a certain kind of honesty that many are too stubborn to delve into, but Hatchie instead brushes her pride aside and crafts a record that directly comes from her anger, flaws, and aspirations, too.

Of course, this newfound confidence is followed by a different approach to songwriting. After going through her past releases, Hatchie’s trademark shoegaze/’90s dance fusion is still prevalent here, with songs such as “This Enchanted” and “The Key” providing a blissful burst of fuzz and distortion over tight drum tracks that never lose sight of the songs’ grooves – it’s a sound that she has in the bag, as expected. Now, she ventures into other musical lairs with the goal of not sacrificing the rich soundscapes she’s accustomed to indulging in.

Songs like “Quicksand” and “Don’t Leave Me In The Rain” further let her pop sensibilities shine through, showcasing her prowess in unleashing fantastic hooks and harmonization that stick with you for days. Meanwhile, Hatchie explores bolder sounds with “The Rhythm” and the aforementioned “Twin”, opting for more harsh samples to contrast the otherwise wavy flow of the song structure and for more prominent layering, respectively. Yes, it is inevitable to come across her influences on some of the tracks throughout – it’s easy to pinpoint influences ranging from Tears for Fears and Cocteau Twins to Madonna fairly easily – and some of the creative choices here leads to an album that lacks a bit of cohesion, making it one that’s best to listen to on shuffle rather than from beginning to end. Still, the heart put into this project is not to be ignored, proving this record to be an enjoyable ride regardless.

Giving the World Away encourages breaking barriers and setting up boundaries with the intention of regaining sense and retaining integrity. Hatchie succeeds in demonstrating this through infectious tracks that soar, sway, and simmer without fear of sounding big. While the record is very much eager to celebrate the musically nostalgic, it never loses purpose and maintains a message that is as compelling as it is timeless. Indeed, Giving the World Away is another solid effort from Hatchie and further goes to show the potential Pilbeam has to continue releasing music that is exciting and engaging.