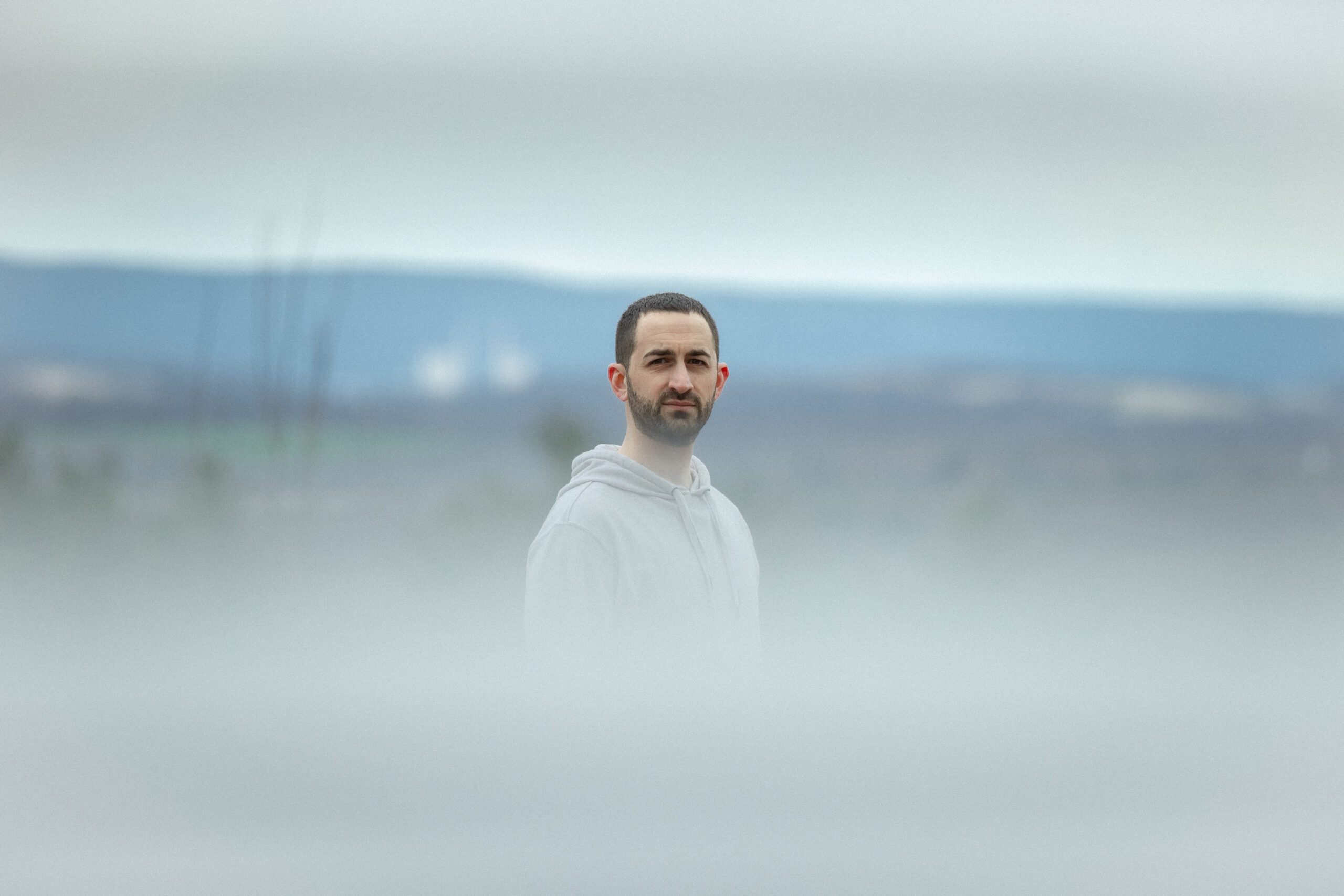 The internet age has facilitated the rise of one-man musical projects, so much so that their sheer number across a plethora of genres can seem suffocating to outside observers and die-hard fans alike. In order to stand out from this never-ending volley of self-produced content, it takes dedication, skill, and imagination, all three of which Rob Evraets, Jr. alias Hereafter (often stylized as h e r e a f t e r.) appears to possess in spades. Influenced by bands like Deftones, Hubris., and Explosions in the Sky, Evraets has been refining his vision of gentle but irresistible post-rock ever since 2019, infusing the barely breathing genre with a subtle sense of purpose.

With his third full-length release as Hereafter on the horizon (This Life is a Beautiful War will come out on June 24), we are very happy to premiere the album’s second single “And Suddenly, We Became Strangers” for you today, a song that Evraets says deals with the ‘concept of being so close with someone for so long and then suddenly, one day, it’s like you never knew each other.‘

Elaborating on the song’s theme of connection and the loss thereof, Evraets has the following to say:

‘This song encompasses the concept of two (or more) people who are very close with one another one day. Something happens and they’re no longer in each other’s lives. Whether it was a relationship, friendship/connection, etc. It’s a concept I’ve always struggled with in my own journey through life and when I listen to this song, I’m quickly able to hone in on the feeling and memories of situations like this that I’ve experienced.‘

It’s almost like you can retrace this emotionally taxing process of interpersonal alienation through the way “And Suddenly, We Became Strangers” progresses. Quiet, reverberating guitars open the song, an expression of longing and intimacy, although the nostalgic sting of loss already seems to linger between the notes. Then, a clean motif repeats until the drums set in, which is where the emotional drama of the song begins to take hold. Building tension until a powerful crescendo, this is where the realization finally hits that the one you held so close to yourself what seemed like mere moments ago is now a complete stranger to you.

This energy is what carries “And Suddenly, We Became Strangers” through its home stretch, after which it quietly fades out of existence, like a memory to painful to hold in thought. Perhaps I’m reading too much into it, but the song really feels like the wordless reenactment of the concepts Evraets has mentioned in his explanation of his inspirations. It’s dramatic, yes, but in an almost excruciatingly introspective way. Loss is sadly an inevitable experience of the human condition, and Hereafter has made it palpable through song.

If you liked what you’ve heard (and read) above, be sure to keep an eye/ear on Hereafter. As I mentioned earlier, the project’s upcoming album This Life is a Beautiful War will be released on June 24, and I can assure you, it’s not one you’re going to want to miss! Until then, give Evraets a follow on Hereafter‘s social media (Facebook | Instagram), and check out his previous work on Bandcamp, Youtube, or Spotify.