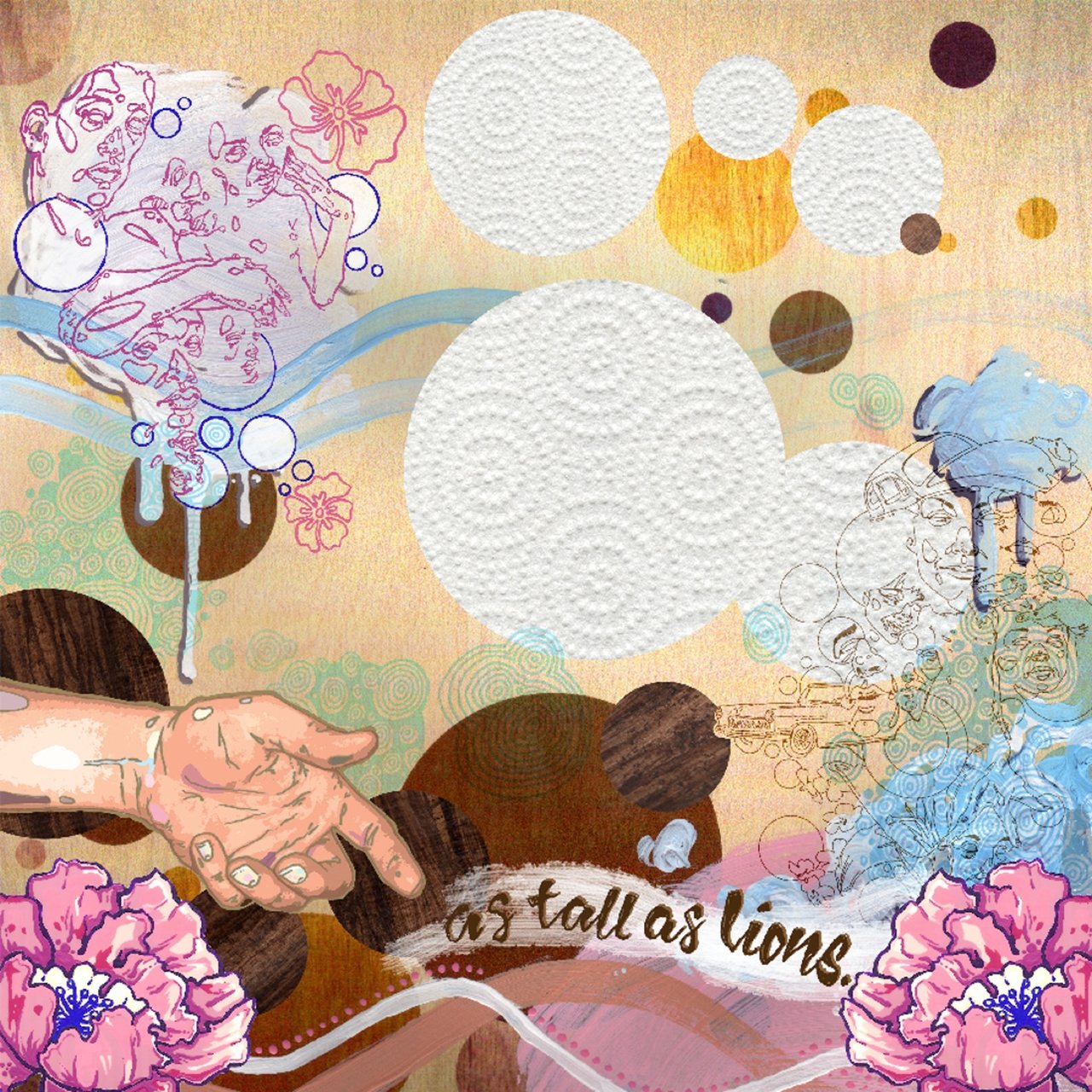 By Dominik BöhmerAugust 14, 2021 No Comments

Amidst the steady shuffle of ’00s indie rock, some gems were bound to get lost. It’s just the way the music world goes – nobody can listen to everything, and not everything can make its way into the public consciousness, however deserving it may be. That’s why A Scene In Retrospect exists, though, at least in part: to shed light on those records that might’ve bloomed with a bit more spotlight recognition.

As Tall as Lions released one of said gems in 2006, in the form of their self-titled sophomore album. Singing its overdue praises will be my fellow EIN writer Carlos, who will shed some light on his personal relationship with the record over the following few paragraphs.

It has only been a couple of months since Olivia Rodrigo held the world in the palm of her hand with her breakthrough single “Driver’s License”. Sour further cemented her as a force to be reckoned with in the pop music industry, captivating a surprising versatile audience thanks to her proclivities for genres such as rock, bedroom pop and pop punk, and her heart-on-sleeve lyrical approach. I for one found the album to be a stupendous debut that will for sure hold its ground among other great records released and to be released in 2021.

‘Uhuh. So uh, Carlos, what does this have to do with As Tall as Lions again?‘ you might be asking yourself. Here is a fun little music trivia for you: the band’s lead singer and guitarist Dan Nigro acts as the main producer and collaborator for Rodrigo’s already-impressive catalogue. Being a fan of his and the band’s work for over a decade now, I was ecstatic to see his name credited on Sour, and the more I think about this peculiar crossover I would have never imagined happening, the more I notice his contributions to Rodrigo’s music. It is not a coincidence that Sour fluctuates between the intimate and the expansive, or the way Rodrigo’s vocals and lyrics complement effortlessly with the subtle rawness that permeates throughout the production, very much so like As Tall as Lions’ self-titled record, our pick for this edition of ASIR. I might be going off on a limb here, but I consider this to be a testament of an album that proved to be timeless and all-encompassing, and I am but honored to revisit and talk about this hell of a record that deserves way more recognition than it got in its prime.

You could say that As Tall as Lions is a formative record for me in the sense that it opened me to a wide array of soundscapes that I have never heard of before or, truth be told, was too stubborn to appreciate. See, I discovered the band at a time where metal was the pinnacle of music for me – yes, I was that type of metalhead. I’d say that it was around 2010 (a year before their unfortunate break-up) that I stumbled upon “Ghost of York” on YouTube, where, to my surprise, instead of me downright scoffing at it, I just… sunk in with no complaints whatsoever. Not sure if it was the silky vocals, the driving rhythm section, or the larger-than-life production, but I was completely sold upon first listen.

After that encounter I quickly dove into the As Tall as Lions rabbit hole and especially this self-titled record, which I am still enamored with to this day. Funny, even as I write about the album, I struggle with finding out why I gravitate towards this album the way I do regardless. Of course, it will always be debatable to consider something perfect, but there is something about As Tall as Lions that feels complete – and that’s for sure a feat not too many albums have achieved, even to this day. Their gorgeous blend of rock and soul is executed ever so smoothly, bringing forth a mood and an atmosphere that is evocative as much as it is vivid. You know when people tend to say that they pretend that they’re in a movie whenever they listen to music? Well, this is the definite album to do so, and I mean it in the best way possible.

As Tall as Lions nestles in the power of dynamics, lulling you into careful reflection to then send you reaching towards the stars with the emotions cranked up to eleven. This is even showcased within the span of a single song, as evidenced by the opener “Stab City” where the cries from a love on the brink of falling out coalesce with noir-esque overtones and anthemic rock refrains. Given this knack for dynamics, the band clearly knows their way around building atmosphere. It’s surreal how I still find myself lost in a haze when listening to standout tracks like “Love, Love, Love (Love, Love)” and “Milk and Honey”, where the guitars swirl around the soaring vocals in such a commanding fashion that you’re left with no choice but to let yourself be consumed by them.

And now for a quick intermission: don’t you have a song that was turned into your coping song following a shitty break-up in your high school years? Well, I had one such song, and it was “Maybe I’m Just Tired”. This might sound silly enough to not even mention it; however, it has its merits from a wider perspective. As much as I can recall, this track (which also acts as the closer for the album… err, sort of) was the track that made me realize that music can be much more than just a way to simply pass time. As Tall as Lions’ confessional approach to their songs transcended the act of music listening to a legitimate way of observing, recognizing, and managing emotions. Sure, I might have come off as a bit pretentious here, but it is all genuine, I can assure you that.

Another reason that makes this album so great to me is how well-rounded is the overall songwriting. Apart from delving into varying influences, each instrument plays a role that, when coupled together, make for songs that are cohesive and memorable. Whether the songwriting is straightforward like in “Be Here Now” or stripped-back like “Where Do I Stand?”, the band never fails to either make your head bop or analyze the intricacies found in some of the songs. There’s something for everyone in this self-titled record and, even if there isn’t, there is still a chance that somebody might listen to the album and leave interested or satisfied.

Not to sound anti-climactic, but with all the praise I’ve given to As Tall as Lions, I must admit that their third and final album You Can’t Take It with You is the preferred choice for me. This might simply be a ploy for you to get your hands on the band’s whole discography (which you should, by the way – they’re all equally great). Who knows? Nonetheless, their self-titled will always be special to me, much like an old friend I can look to no matter how much time passes by. One can only hope that Nigro’s recent endeavor with Olivia Rodrigo will turn some heads to this album and the rest of the band’s releases, because what As Tall as Lions have put out throughout their years have been nothing short of outstanding. Go ahead, give As Tall as Lions a listen, and just let it wash over you – it is a feeling you will not forget so quickly.