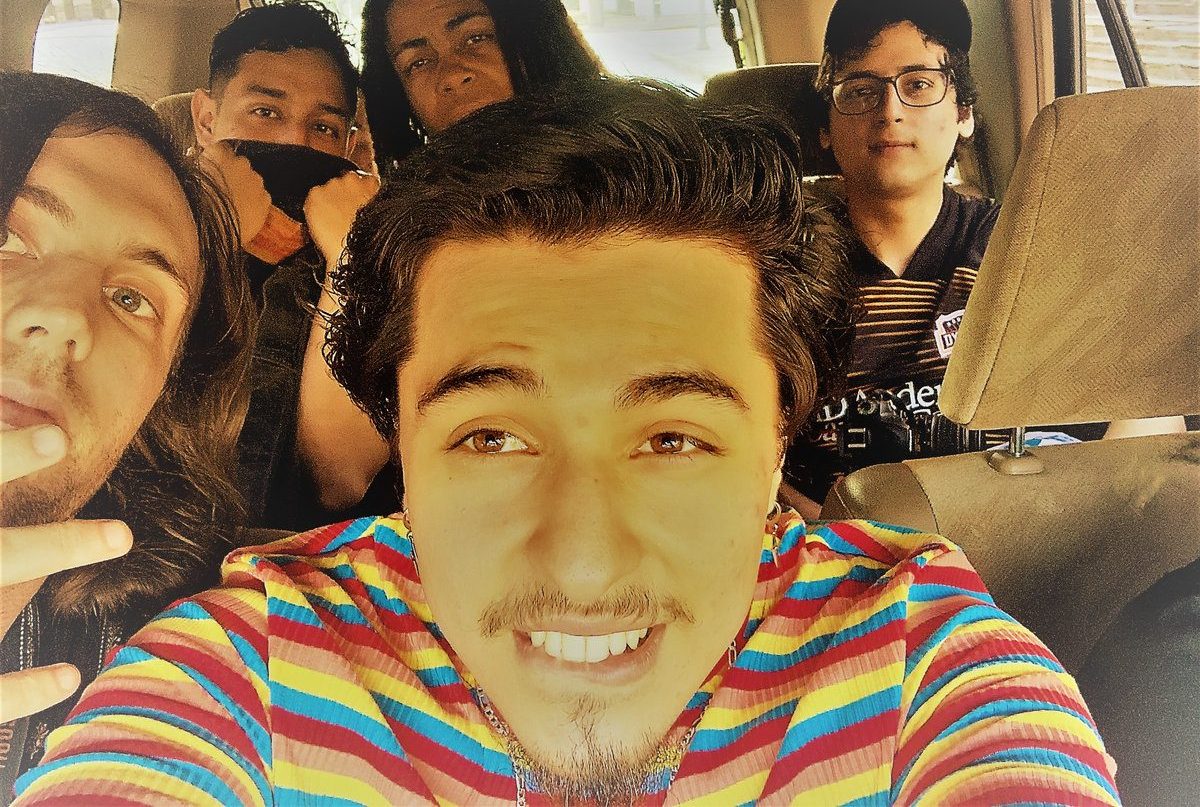 Let me start by saying that Pacmanthemovie are criminally underrated. What’s that? You don’t know who/what that is? Well, that’s just a shame. Pacmanthemovie are a five-piece band from Houston, Texas and they spare no expense in delivering some of that high-octane chaos to our ears. Pacmanthemovie 2: Eat Lives is the name of their second album and the subject of my musings today.

Alright, so, right off the bat I’ll go ahead with my biggest disappointment with this album. The second song is titled “Eric Andre” and there’s no sign of Eric Andre anywhere on that song. I mean, it would’ve made all the sense to have a guest vocal feature from one of the most mathcore people alive and I’m fairly certain Eric Andre would’ve been glad to assist.

Good, we got that out of the way so it should be smooth sailing from here on out, no? Well…not yet. With such a muscular sound and powerful delivery, I’m left wanting in terms of image and concept. I’m not sure where this tongue-in-cheek/parody/meme gimmick emerged and was so widely embraced in extreme music, especially in mathcore, but it just doesn’t do a thing for me. Most of the time it feels forced in some way and it doesn’t seem to add anything to the music. Case in point, a Pac-Man-themed mathcore record with some electronics reminiscent of the game doesn’t strike me as compelling. Although, do take this with a grain of salt; that’s just me and it’s not something worth ‘deducting points’ over.

Now that we got the unpleasant out of the way, we can look at what makes Pacmanthemovie 2: Eat Lives so much fun. I’m not sure how else to say this, but it’s pretty much every second of it. The 23-minute rollercoaster goes hard at it from top to bottom and pulls absolutely no punches. We have a lot of killer riffs at just about every corner and then throughout the accompanying, pummeling percussive whirlwind we also get some unhinged, dissonant guitar work. Said guitar work can sometimes feel like it’s plugged into a pitch shifter that’s having a cluster of seizures while on the verge of blowing up.

For example, “The Last Man” takes all of the above to heart and just slams it in our face like it’s its sole purpose in existence. “Hellzzz Kitchen” also makes for a sensational tour de force in terms of groovy, dissonant, and unrelenting chaos. The icing on top is most definitely the vocal performance. It’s just as savage and berserk as the rest of the music requires it to be. It also neatly capitalizes on the manic energy that just has to pop throughout. It would go without saying that the entire package, which this album is, is neatly put together and produced in such a way that every pinch of sonic disaster makes its way to us loud and clear.

If chaos is the name of the game, or your aural poison of choice, Pacmanthemovie are a must-have. They know exactly what’s up and they are definitely ready to fuck things up at a moment’s notice. I’m pretty confident that Pacmanthemovie 2: Eat Lives is going to be among the top mathcore records of this year and honestly, even if it won’t be, it will still be in some way. If something is ignored, purposefully or otherwise, it doesn’t diminish its value in any way.