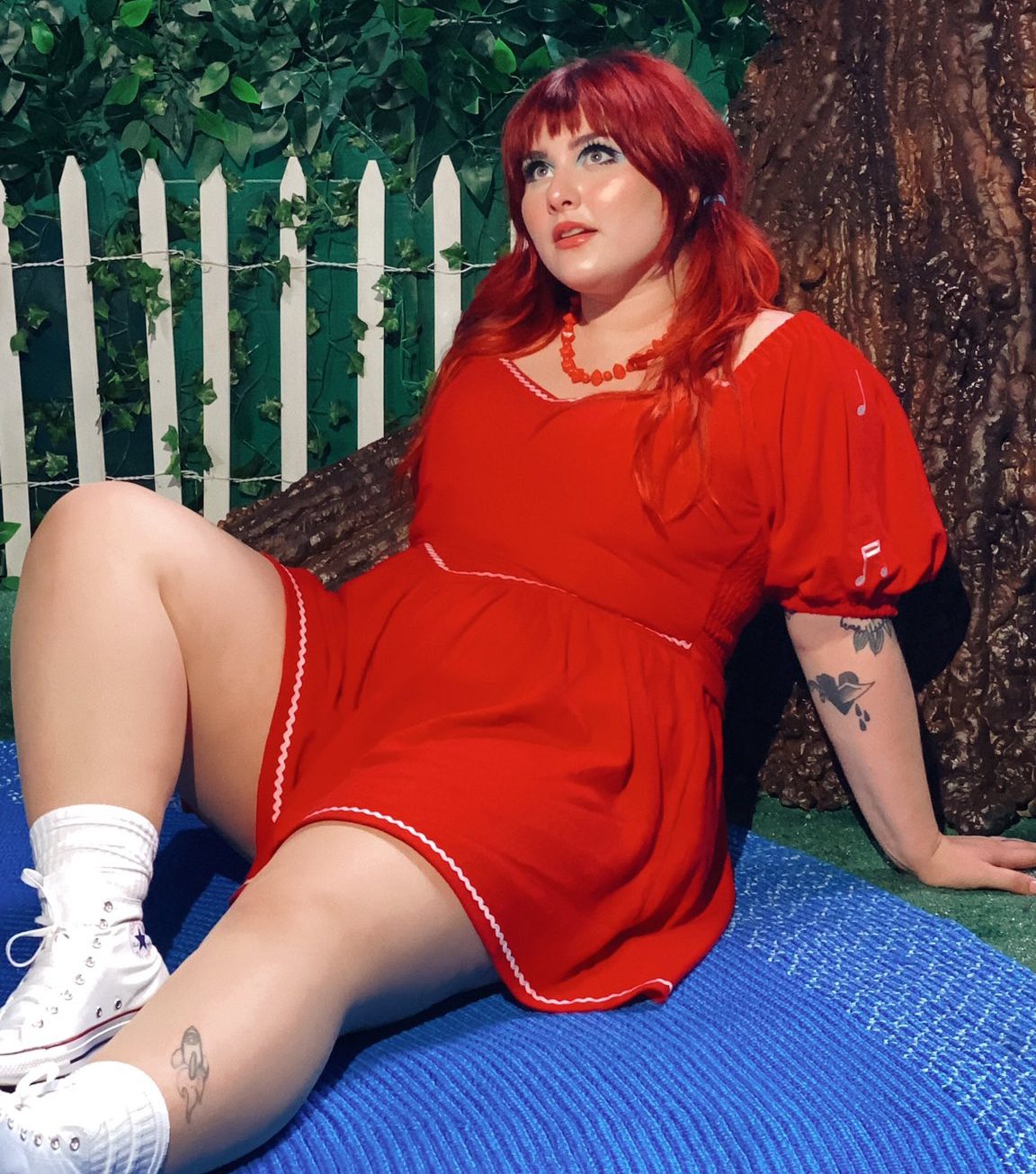 By David RodriguezAugust 15, 2021 No Comments

No matter where you’re at on the romance spectrum right now, Kississippi‘s Mood Ring should prove to be an endearing, touching listen for gentle pop fans.

I’m in a unique place right now. A place of new and budding love, learning to be my best self, and enjoying the things that come into my life. During times like this, it’s only a little natural that I’m a lot more receptive to tenderness, which makes Kississippi‘s new album, Mood Ring, the perfect listen.

The solo project of Zoe Allaire Reynolds, Kississippi is a wondrous effort, made possible by the help of several friends and performers including Sarah Tudzin of illuminati hotties, who helped produce and perform some vocals and guitar on songs. I found out about this saccharine indie pop project late last year when she dropped a video for “Around Your Room” in October. I was instantly enthralled with Reynolds’ voice and aesthetic, so even nearly a year later after that, I was looking for whatever she’d do next. Here we are!

Kississippi is pop through and through, but has some interesting notes from elsewhere within that really make it charming beyond that of your normal pop fare. First, Reynolds herself is superbly charismatic, filling her singing with all her heart, enunciating lyrics clearly so you know exactly what’s on her mind, and being unabashedly warm even when faced with coldness. It’s hard to unhear a very, very subtle relation to earlier Taylor Swift music (which I’m only passably familiar with) – this is most evident in cadences used in “Play Til You Win” and “Around Your Room”. This is something not lost on Reynolds as she tweeted to her today as I wrote this review. Gotta admire the hustle.

Beyond Reynolds though, there’s flecks of synth-pop here (“We’re So In Tune”), some down-home folkish flare in the acoustic guitars there (“Wish I Could Tell You”), and it all comes together to form this immensely fun and entertaining 34-minute album, as pink as the chewed bubble gum on the cover, as blue as the pastel background framing it. Indeed, this album is a mood, one where you’re encouraged to be vulnerable along with Reynolds as she sings about falling for someone on “We’re So In Tune” (‘I’m punch-drunk, can you shake me/I’ll surrender for you/I wanna do the things we’re not supposed to‘), or working through a wrenching break up on the ballad “Big Dipper”, which has some tough lyrics to digest:

‘Do you love me the way that you used to?
I’m a meteor shower glowing blue
I was stupid to think I was right for you
And I know that I’m not one to see it through
But I don’t wanna see you with someone new
It’s selfish’

This and “Hellbeing” are without a doubt the most aching songs on Mood Ring, but they really add to that sincerity of taking the good with the bad, acknowledging that good things most often come to a painful end, allowing the cycle of elation and joy to begin anew. They’re two of the strongest songs on the album as a result, creating a darker atmosphere for those emotions to stir appropriately, but I can’t help but come back to more cheery songs like “Heaven”, which is absolutely beautiful and serene. The song is a little more on the understated side with feathery guitar and a dreamy tone overall that lends itself to the invoking of heaven itself. Reynolds really reaches into her higher register here for the chorus which is sooooo cute:

Writing about love is all the rage – has been ever since music was invented – but what makes particular songs and artists like Kississippi stand out is sincerity and how they address the topic. Can you feel the experience behind the words? The emotion? Can you visualize the situation that the artist sonically paints? This is what made the recent Pom Pom Squad album so compelling, and it’s what makes Mood Ring work just as well. These are songs to fall in love to, and ones to recover from the loss of that love. These are the types of songs you can put in a playlist for that special someone without feeling too corny (the first sounds of the album even nod to this via the insertion of a cassette tape into a deck before the actual song plays), or, if you’ve got the chops, learn them on guitar and sing to them.

Regardless of how you engage with Kississippi, it’s quite apparent that her music is delightfully pleasing, even if the subject matter isn’t always sunshine and rainbows. But I like that! I can’t help but feel an affection for Mood Ring because not only is it speaking my language these days, it’s just a masterful look at how to do pop by pop’s rules in a riveting, entertaining way that’s far from hackneyed. Reynolds and her pals deserve – and I hope they enjoy – recognition for pulling that off in a beyond crowded space. And yeah, Swifties, check her out! Taylor probably ain’t dropping anything else for a while; fill that space up with Kississippi.