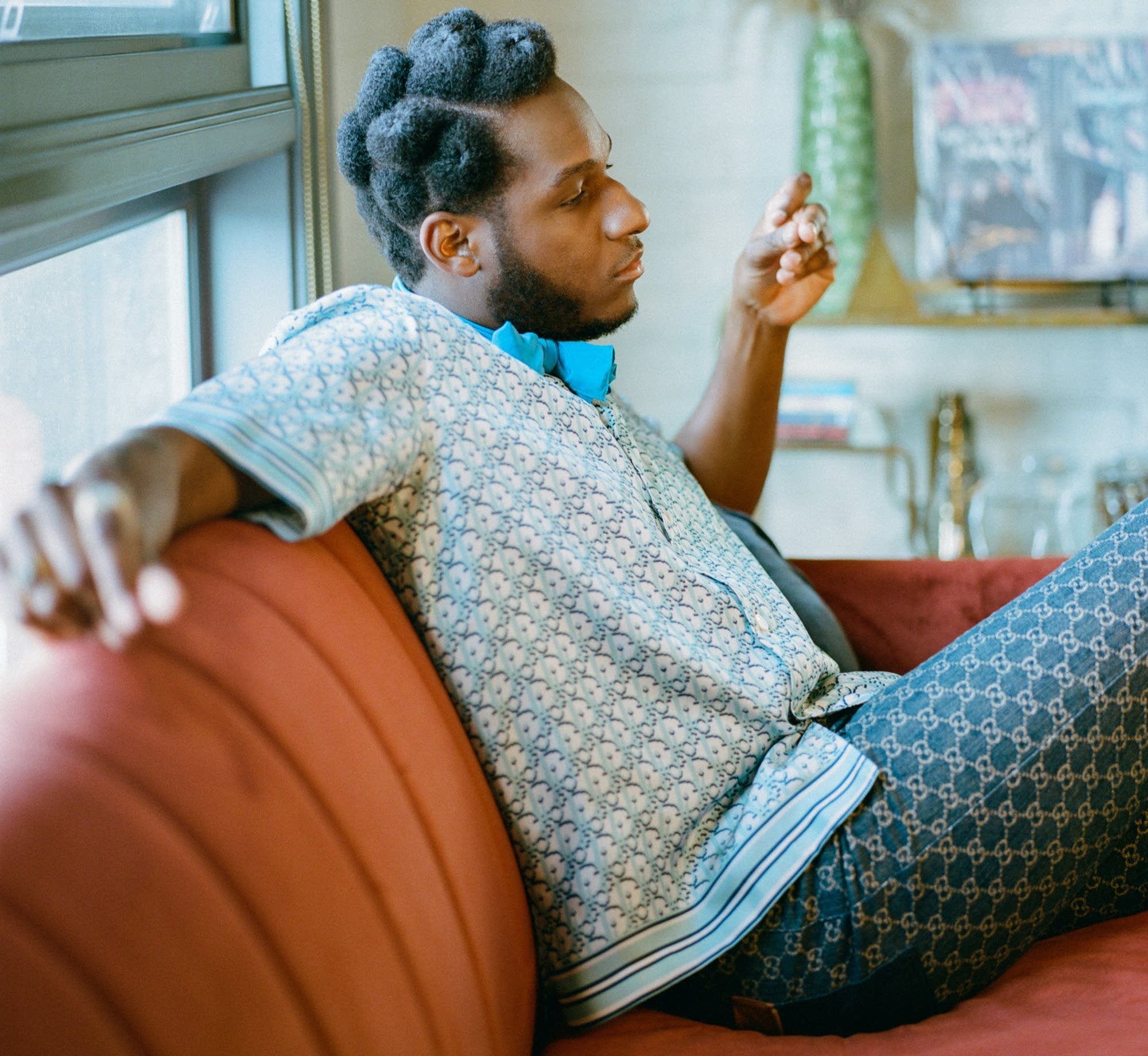 By David RodriguezAugust 16, 2021 No Comments

Soooo, this review is pretty late. I intended on getting it out about a week after the album released, but things got in the way. I’m glad though, because it’s been a wild few weeks and listening to Leon Bridges‘ new album has not only been a great companion for this time, but my attachment to it was altered the longer I listened and the more things changed. Had I written this a couple weeks ago, it would have been a pretty different – and frankly, less engaging – review from what you’re about to read, at least I hope.

If you don’t know who Leon Bridges is, you owe it to yourself to dig deeper, beyond this review. Go check out Good Thing. Go check out this album. Check his videos, his recorded performances; hell, I haven’t experienced it, but I’m certain his live shows are great as well. I find it hard to think of another artist that’s as adept at making some of the warmest, sincerest, and entertaining music as he is, especially among his fellow jazzy soul and R&B pals. I am so thankful for music like this, that comes into your life at opportune times. Gold-Diggers Sound left me feeling, as Bridges sings on the hook of the first track, ‘feeling born again, feeling joy again‘.

Although I’d be adamant to suggest you check out Bridges’ earlier work first, starting here is by no means a bad deal. Gold-Diggers Sound feels a lot more lived-in, mature, and like a natural evolution to his more playful demeanor so aptly captured on older hits like “Bad Bad News“. It’s almost like he settled down a bit, like maybe his journey into his 30s (dude is literal weeks older than me) provided new insight to love and life, how each is approached, and what’s important in each.

Bridges has always been a romantic though – doesn’t take much effort to find him crooning for a lover – but what makes Gold-Diggers Sound extraordinary is, well, just how ordinary it comes off at times. The lived-in aspect I mentioned earlier is key here. Much of this album’s power comes from its scale, feeling like these songs were meant to be intimately performed in a close space as opposed to an auditorium or some such large stage where bombast would serve an artist better. In short, there’s some real bedroom jams on here, in more ways than one.

Some examples? Sure. We like to support our thoughts around here. “Steam” is one of the more energetic songs here, about leaving a dull party with someone special against a backdrop of light synthesizer, dreamy guitars, and drums that just don’t quit. If you like your love songs with a tinge of somber to them, then “Why Don’t You Touch Me” will do you right, and by that I mean break your heart. It’s a gentle plea to a partner who’s growing distant, perhaps losing the feeling of what they had, leaving Bridges – or at least the character his vocals portray – to reflect on his behavior (‘Maybe I’ve been too possessive/Maybe I get too aggressive‘) in search of a cause for the flame dying out. The video is more literal with a portrayal of two people sharing a bed who couldn’t be further apart physically and that’s exactly how this track feels. Weeks ago, this would have been my jam (okay, it still is), but luckily I’ve found myself in a more positive position as of late.

Nowadays, a song like “Magnolias” hits deeper, showing affection and wanting to devote yourself to a new lover, to new beginnings, and enjoying the moments as they happen. What starts as a feathery acoustic guitar-led affair quickly gains some bassy edge with a neat trap-esque beat dropping when the hook comes in. Accented by trumpet, trombone, and saxophone, this is a song that’s indebted to modern R&B, something highly influential to Bridges. “Sho Nuff”, another sexy favorite of mine, similarly uses programmed drums, but this time with more of an influence from Houston’s UGK who often rapped on production with soul guitars and even organ, both of which present here on “Sho Nuff”, and reminds me of the Eazy-E sampling “Front, Back, & Side to Side” from the legendary rap duo (RIP Pimp C).

This type of production and instrumental setup is explored again on “Sweeter” with Terrace Martin on sax, though a lot more sparse, making what is easily the saddest song on the record. Bridges sings forlornly about the state of the world, particularly what the Black community faces, lamenting the state of fear that he is personally familiar with from living in Texas, experiencing racism and profiling just as others in his family and his friends were and are. Written in response to George Floyd’s murder by a white cop last year, it’s another sobering reminder that things are far from okay for many people, and while many feel a numbness to current events, we should instead be feeling and fighting for others’ right to unagitated life before it’s too late. This is a new thing for Leon Bridges and I appreciate it a lot.

The long and short of Gold-Diggers Sound is just how grounded it is. Even exploring the fantasy of new love – kindling a fire inside ourselves and others in hopes of making a profound personal connection by offering them anything and everything – things feel sonically smaller without sacrificing the immense emotion imbued in each song. It’s intensely personal – we ourselves are quite small in the world’s bigger picture, but within us is a whirlwind of thoughts, feelings, desires, and much more, nearly impossible to quantify. Leon Bridges‘ power has always come from within, and here he executes his craft in some new ways that may leave some diehard fans with raised eyebrows, but those of us that just want artistic expression on the level, and appreciate growth and experimentation, will greatly appreciate it, no matter where you’re at in life.

I love this album. It’s not better than his previous stuff, yet it is. Hard to compare bodies of work when they were achieved at vastly different times of an artist’s life and while I don’t purport to know Leon Bridges personally (a shame, really), it’s apparent he’s shown growth in every conceivable fashion, most evident in his musical presentation and how he employs his collaborators and friends on his music. Gold-Diggers Sound may seem rather benign and unassuming from the outside, but it’s a challenge for the initiated among us, and he’s trusting us to come along for the ride. I got a feeling he’s far from done showing what he has to offer the world in the form of eminent soul/R&B, and we’re better off for it.