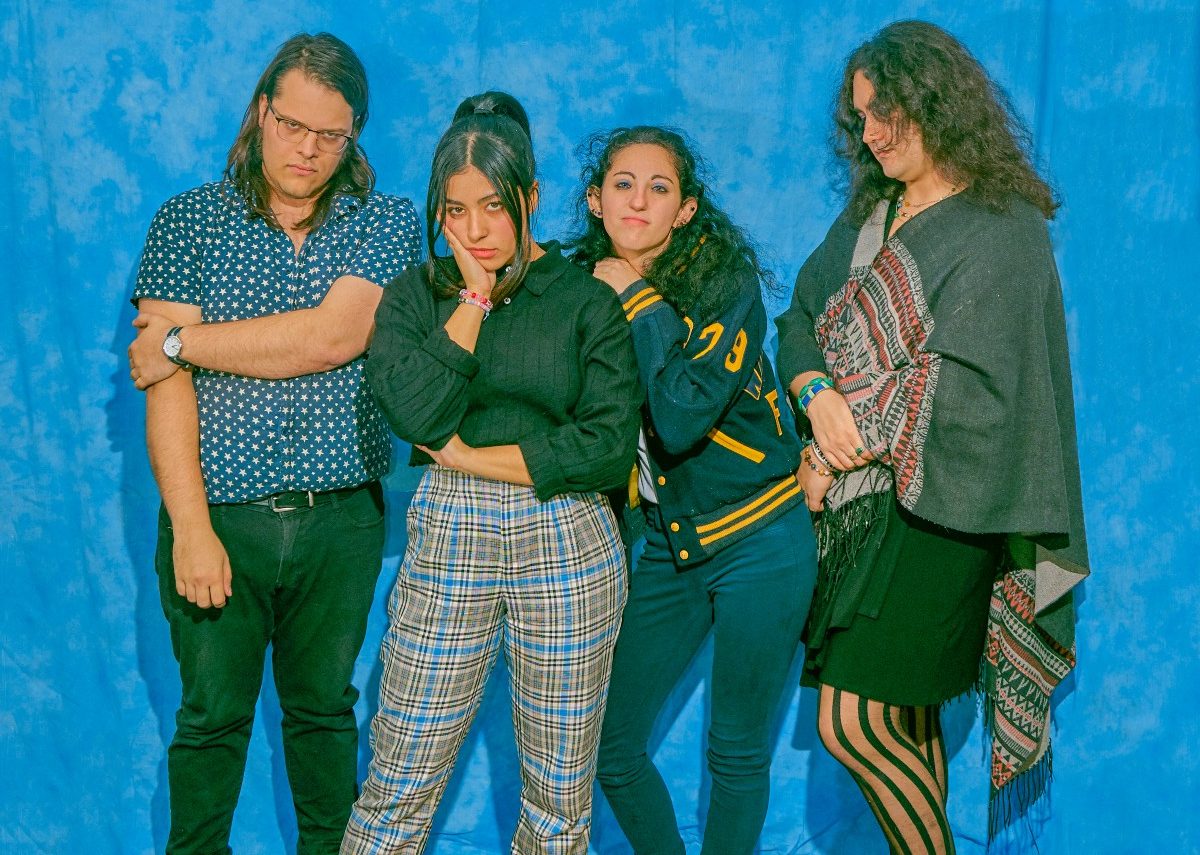 Pom Pom Squad just wanna be loved, and they make it exceptionally easy to with their heartfelt interpretation of queer punk, pop, and indie music rolled into a captivating teen drama movie.

Pom Pom Squad was a great find of mine about a year ago. Here was this project that had this gentler take on the riot grrrl sound, more muted and reserved than the Bikini Kills or The Gitss of the punk subgenre’s genesis, but retaining all of the emotion and queer-leaning accoutrements of it. Dubbed ‘quiet grrrl punk’ by the band, it has some through lines with the growing tenderpunk movement headed by Sarah Tudzin’s illuminati hotties (who coincidentally also produced this album).

Mia Berrin – chief songwriter, guitarist, and vocalist for the band – imbues the music with a teenage spirit. Death of a Cheerleader is scorned, lovestruck, pissed, lost, then found, and every bit as sincere and tempestuous as you’d expect, teetering on melodrama without losing sight of its very real influences. It’s a high school fever dream – a Netflix coming-of-age series where all the characters are pretty and enthralling, where every moment and decision feels high-stakes and monumental even though no one in-show has graced their 20s yet.

You remember that weight, right? Where everything feels final, a minor setback feels like the end of the world, and looking anywhere beyond the end of the school year is borderline impossible yet entirely too intriguing – when things started to lose their simplicity and innocence. Somewhere, there’s a bad decision just waiting to be made. This is what I feel when listening to Pom Pom Squad, just without the first-hand anxiety it comes with, which… yeah, I could do without that, thanks.

Death of a Cheerleader is a great example of style and substance colliding to make a mark, turning very specific blights found in life and molding them into beautiful set pieces that really speak to the youthful spirit in you, if it exists. It is perhaps most powerful when it’s pining away, as gentle as the first time you clasp hands with someone you want to love. Take “Forever” as an example. It starts with a tender strings arrangement that really warms the heart, preparing it for Berrin’s breathy croon. The lyrics never feel stilted, but house the sort of pleading, poetic edge indicative of young love that, if they were written with a hint of clumsiness, would risk coming off as creepy:

‘Why do you push me away when I know you wanna touch me?
You’re only kidding yourself when you say that you don’t love me
Everyone sees it, baby, when you’re talking to me
They say that you’re not the same
Not since the day you knew me‘

“Drunk Voicemail” is more energetic, utilizing some more punchy, grungy guitars and a greater reliance on instrumental melody throughout. Still, it’s so painfully honest and raw that you can’t help but relate in some regard to the internal tug of war between your heart and mind while you battle another tug of war with a lover. Do you open yourself to them and be vulnerable, or do you close yourself off to spare you the inevitable pain? What’s worth it in the end? Is there a choice that doesn’t end in despair? Or what about that stellar “Crimson + Clover” cover? Originally released last June in celebration of Pride Month and Berrin embracing her queer identity for us all to see, it’s a faithful rendition that still has unique Pom Pom Squad flair; less psychedelic and more upfront. Much shorter, too.

There’s a lot ado about identity and self on Death of a Cheerleader. “Shame Reactions” nags at the voice in the head that tells you you’re not good enough, something keenly felt by all of our insecure adolescent selves (‘Is there a way for me to kill the girl I wish I were?/Won’t let me be because I’ll never be enough for her‘). Berrin’s vocals have a little fry as they trail off, which plays on the notion of being inebriated in the song (a similar cadence is adopted on “Cake” as well, with what is one of the most catchy hooks of the album). The videos (and live persona) really play with expectation and norms as well, contrasting Berrin’s pristine pastel private school cheerleader, John Hughes film aesthetic with the music itself and some darker visual tones peppered with some movie references.

Needless to say, there’s a lot going on with Death of a Cheerleader. With some songs written a few years ago in high school by Berrin (“Lux” was penned at 16 as an example), that teenage spirit is palpable, a lived experience that shaped who she is today and what her art has to say. It has a tendency to feel divergent from other offerings in the punk/indie realm nowadays; the fact the band is fronted by a queer Black/Puerto Rican woman shouldn’t be lost in the other details as well, as that alone opens up a whole new facet of relation to fellow young, queer femmes of color and how they can find a kinship and comfort in Pom Pom Squad‘s righteous, dramatic, lovesick tales from the classroom.

Did I mention this is their debut album? To achieve such a feat blasting out the gate is endlessly impressive on its own, but it also foreshadows how far Pom Pom Squad could go. There’s lovely, poppy atmosphere on here in the form of the bubbly, synthy tracks “Soundcheck” and “Be Good” that emulate “Mr. Sandman” – will we see them turn more into Pop Pop Squad in the future? Perhaps a more seated position into vertebrae-cracking punk entropy, or an acoustically inclined indie folk soirée? Doesn’t matter as long as it retains the heart it has. The sky’s the limit for them and it’s something that puts a smile on my face.